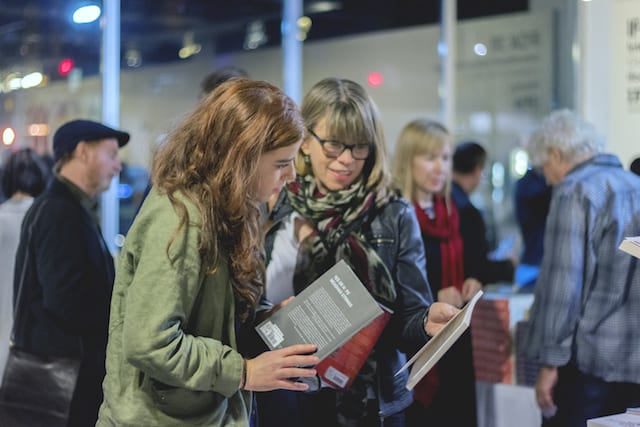 The name isn’t the only thing that’s new at this year’s Toronto International Festival of Authors. The oldest and largest literary festival in Canada has added a few fresh ideas for its 39th year. Festival director Geoffrey E. Taylor offers his highlights.

1. Rhyme scheme
“In the ’70s we would have called it a ‘Happening,’” Taylor quips of this year’s concert-like Poetry Cabarets (Oct. 23 and 25, 9–10 p.m., Lakeside Terrace). Poets including Paul Vermeersch, Thunderclaw Robinson, and Joanne Arnott get the rock-star treatment, reading alongside live musicians in the Lakeside Terrace performance space in a program hosted by actor and comic Sean Cullen.

For students and youth aged 25 and under, literally everything is free. “It used to be that you had to provide a DNA sample to get those tickets,” Taylor jokes. “But now that you can get them online, we’ve already seen an increase in the uptake.” Those interested can order tickets online and pick them up with their I.D.

3. Beyond borders
While activities are generally centralized around the Harbourfront Centre, this year continues TIFA’s efforts to reach into new pockets of the city, including the festival’s first off-site opening night event in which Emma Donoghue will interview Roddy Doyle at the University of Toronto (Oct. 18, 7:30–8:30 p.m., Walter Hall).

4. Underground mysteries
Also offsite is the festival’s first Mystery Library (Oct. 27, 12:00 p.m., West Wing, Union Station). The Union Station pop-up will see writers including Ann Y.K. Choi, Alex Leslie, and Antanas Sileika participate in free readings. In addition, people can choose a wrapped book from categories such as fiction, non-fiction, and poetry free of charge, many of which have been signed by their authors.

5. Authors: The Next Generation
Two-hundred students from the Toronto District School Board will participate in the first TDSB Toronto Young Writers Conference (Oct. 25, 9:30 a.m.–3:00 p.m., Martin Loft), where they will be mentored by writers David Bezmozgis, Alexandra Gillespie, Daniel Scott Tysdal, and Michael Winter. “It’s bringing all the keeners together,” Taylor says.