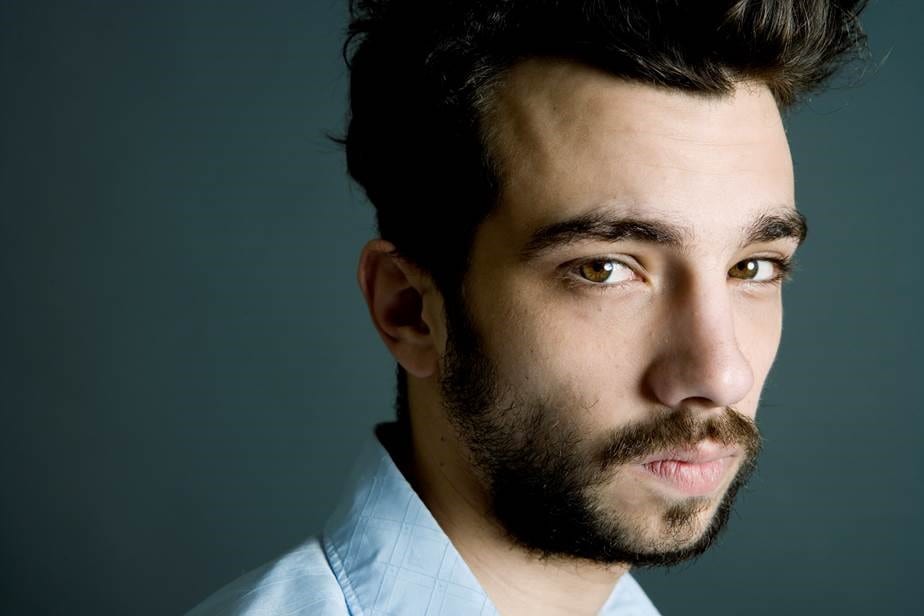 The first time Jay Baruchel appears on screen – playing himself – in the apocalyptic comedy This Is the End, he is wearing a Montreal Canadiens cap. He is met at the Los Angeles airport by Seth Rogen – also playing himself – who appears bubbly and almost excessively enthusiastic. The two banter in a car on the way to Rogen’s home, stopping en route for a bite to eat. No one mentions the hockey cap, but it is a constant presence in these opening scenes, like a beacon sending out a signal to those in the know. The choice of apparel, while in no way obtrusive, is not an afterthought or a throwaway accessory: Baruchel may be best known as an actor, screenwriter, and director, but the Ottawa native is a hardcore Habs fanatic. (Though he was born in the nation’s capital, he grew up largely in Montreal, with a brief interregnum in the working-class Ontario town of Oshawa.)

When he is not onscreen – he’s appeared in a succession of Hollywood hits such as Million Dollar Baby, Knocked Up, and Tropic Thunder – or working behind the camera – as screenwriter on the Canadian hockey flick Goon and its sequel, which he also directed – Baruchel can be found on game nights in front of a television or in the stands at Montreal’s Bell Centre, alternately ebullient, frustrated, hopeful, and horrified by the on-ice performance of what for him will always be the home team (a dicey proposition nowadays, given that Baruchel resides in Toronto, home base of the Habs’ arch-rivals, the Maple Leafs). Baruchel has just published his first book, Born into It: A Fan’s Life  (HarperCollins) – not, as one might expect, about the movies, but about his overweening obsession with the Montreal Canadiens.

The author bleeds red and blue, but it wasn’t always the case. In fact, he didn’t come to the game in a concerted way until he was in his 20s. The last time the Habs won the Stanley Cup, in 1993, Baruchel, to his regret, was not paying the sport much attention. He was 11 years old and trying to define himself in the context of his family and his peers, which mostly meant indulging a burgeoning interest in the movies. Hockey, Baruchel felt, was his father’s obsession.

“He came by Habs fandom as honestly as one could,” Baruchel says of his father, who was born in the 1950s, during the heyday of Maurice “Rocket” Richard, and came of age in the 1970s, when the lineup that included Guy Lafleur, Bob Gainey, Steve Shutt, Larry Robinson, Serge Sevard, Mario Tremblay, and Ken Dryden was virtually unbeatable. The team has won the Stanley Cup a staggering 24 times and in the 1970s they were at their peak, winning in 1971, 1973, and every consecutive year from 1976 through 1979.

But it wasn’t until Baruchel’s father died when the actor was 21 that he turned to hockey in earnest, partly as a way to pay tribute to his father’s memory. “Mourning is such a strange thing and everyone mourns in their own way,” Baruchel says. “My way to mourn my dad was to be my version of him for a bit.”

The other thing that drew Baruchel to the game was leaving home. In his late teens and early 20s, his acting ambitions took him to the U.S., where he felt isolated and out of place. “I was effectively crippled by homesickness,” he says. Especially in the early days, Baruchel would turn to whatever outlet he could find to retain any vestige of home, from care packages his mother sent him to – significantly – Canadian television. “I had a cable box and I paid for MuchMusic and CBC Newsworld. I would fall asleep to Canadian news.”

Baruchel fell in with a robust Canadian expat community he discovered in cities like Los Angeles and New York and quickly learned that one of the shared interests binding that group together was hockey. “I was never trying to become a Los Angeleno,” he says. “Everything I was trying to do was find a way to bring Canada to L.A. And hockey was a big part of that.” 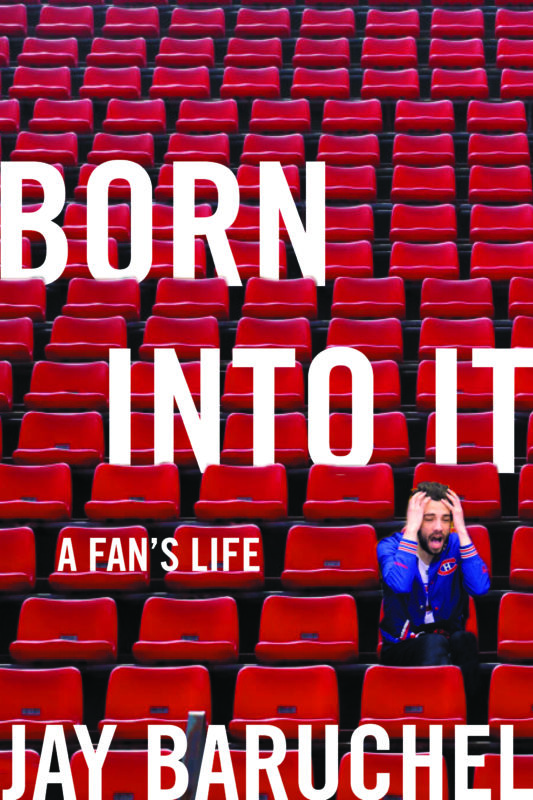 What is remarkable about Baruchel’s fandom – and what comes through most immediately in the book – is the degree to which it is informed by an entire web of interconnected concerns and influences that stretch well beyond the sport itself. Born into It is only nominally about hockey; it is as much about the bonds of family and the lure of heroism and the complicated, often contradictory history of the city in which Baruchel spent much of his childhood. “Everything in Montreal is political,” Baruchel says. “It’s not like every minute of every Habs game I’m thinking about 100-plus years of history. But you can’t separate one from the other.”

It’s no surprise that the weight of the past – and of the mythology that courses through the city’s veins like blood – infuses the Canadiens’ approach to their sport and Baruchel’s reaction to it. Quebec, with its long-standing claim to a distinct society, has struggled as a minority-language province since Confederation; English-language Montrealers are a minority within that minority. “I was raised with a real sense of otherness,” says Baruchel.

That otherness is imprinted also on the team he loves so dearly, a team that insists on hiring bilingual head coaches and reserves a number of on-ice spots for francophone Quebecois players. If it is true, as Baruchel suggests in his book, that the Quiet Revolution never really ended, the Montreal Canadiens, on some subliminal level at least, are the repository for all that submerged discontent. “That history and that colour and that otherness – all the things that make Montreal Montreal and the Habs the Habs – they are our greatest attributes and our greatest failings,” Baruchel says. “For better or worse, Montreal and the Habs are consumed by history.”

Though Baruchel was not there to experience it first-hand, the burden of history was on full display on April 20, 1984, in Game 6 of the first round Stanley Cup playoffs between the Habs and their fierce rivals at the time, the Quebec Nordiques. During what has become known in hockey lore as the “Good Friday Massacre,” there were no fewer than three bench-clearing brawls between the two teams, including one before the puck even dropped on the third period (the arena announcer was still listing the voluminous penalties incurred in the second). “There is no contemporary reference point for it,” says Baruchel of a game that descended into a kind of ancient form of gladiatorial combat or a simple street rumble on ice.

Baruchel, who claims an affection for hockey fighting even while understanding the reasons behind its banishment from the NHL, seems fascinated by the Good Friday Massacre (providing a minute-by-minute dissection in his book), but true to form, he sees in the event more than a mere cascading flurry of hockey hooliganism. “I think it speaks to the specificity of the Montreal-Quebec thing,” Baruchel says about the two provincial teams that shared a fractious social, political, and linguistic history while also appearing as bitter on-ice adversaries. “It seemed to transcend sport. It seemed to stop being sport and turn into gang warfare.” 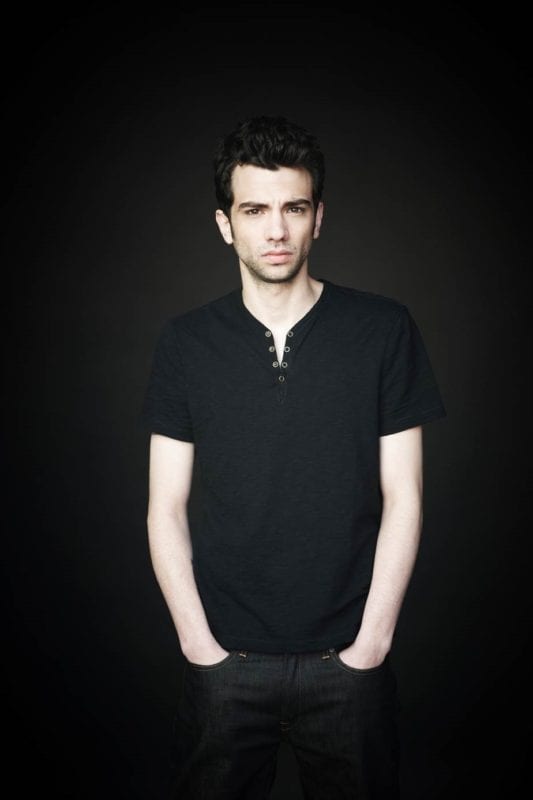 The Nordiques form part of a triptych that appears in one of Born into It’s best – and undeniably funniest – sections: a series of mock emails sent, respectively, to the Toronto Maple Leafs, the Boston Bruins, and the Nordiques, each with the subject line, “I hate you.” Baruchel explains his choice of adversaries as representative of the Habs’ ongoing mythology and team history. “Toronto and Montreal, that’s the two solitudes. That’s Canada at its simplest to me,” he says. But if there is a certain affection for a historical Canadian rivalry that has persisted for more than 100 years, there is no love lost where the Bruins are concerned. “If the Leafs are our antithesis, the Bruins are our straight-ahead villain.” While he appears almost hesitant to admit it, there is an element of nationalism entwined in the animosity toward the Bruins, born in part out of the close proximity between the two cities – Baruchel points out that Bostonians can easily cross the border into Montreal, where the legal drinking age is 18 – but also out of a kind of patriotism and pride in our national character. “Every time America invades some country,” Baruchel says, “the Bell Centre faithful take it out on the Bruins.”

This is, of course, not the only source of discontent for Baruchel as a Montreal supporter. It is not even the primary one. The team has not been to the Stanley Cup final since 1993 and Baruchel spends the last part of his book mourning that elusive 25th championship. For anyone not embedded in the ups and downs of cheering for a team over the course of a punishingly long season, Born into It is an eye-opener, as much a chronicle of frustration and dashed hopes as a love letter to the team, the sport, and the city that make up so much of Baruchel’s persona.

Born into It was completed before the start of the current season, so there is perhaps a coda to be written: Montreal had a particularly strong October this year, and the team is still showing signs of resurgence. They may not be contenders for the Cup quite yet, but they are certainly yards ahead of where they were at the same point last year. “All Habs fans were prepared for an 82-game-long garbage fire this year,” says Baruchel, appearing to allow a certain (very) cautious optimism to creep into his voice. “Coming off one of the worst seasons in club history last year, everyone thought we’d have an even worse year this year. When your expectations are that low, literally anything is an achievement.”

Part of the team’s new mojo – coming two years after the frankly inexplicable decision to trade star defenceman P.K. Subban to the Nashville Predators – involves a new configuration of younger, faster, and hungrier players (ironically, the same approach that appears to be working for the hated Leafs). They are also, Baruchel points out, players who are not quite as burdened by the demands and expectations of history that the Habs’ legacy carries with it. “They are not overwhelmed by the sweater on their backs,” Baruchel says. “They are only informed by it.” The current team, for Baruchel, is indicative of what is possible if fans and institutional forces alike ease off a bit on the pressure and simply let the players do their thing. “I think there’s something to be said for pretending we have none of the interesting history we have. Pretending for a minute we haven’t achieved a single championship, let alone 24. If we see ourselves as no better and no more important than anybody else, maybe that levels it out for us and maybe that gives us a bit of wiggle room to find our new voice.”

It may also mean that, in a year or two, Baruchel will feel the need to write a sequel.