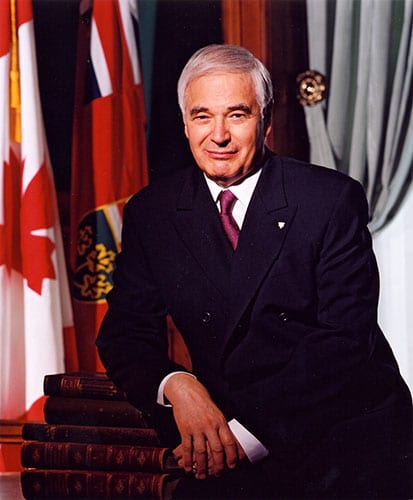 “It’s the biggest story [that’s] never been told.” That’s how former Lieutenant Governor of Ontario James Bartleman describes the annual Indigenous Summer Reading Camps program that has been in operation in the province since 2005 and now stretches across the country each year. Run in partnership with the charitable organization Frontier College, and funded by monetary and in-kind contributions from TD Bank, the Ontario Ministry of Education, the Ontario Teachers’ Federation, and various educational, governmental, and private businesses across the country (including Scholastic Canada, Kids Can Press, Coach House Books, and Orca Book Publishers), the Summer Reading Camps initiative provides opportunities for remote Indigenous communities to take part in summer programs focused on promoting literacy, STEM learning, and cultural activities.

The camps grew out of Bartleman’s experience as Ontario’s first Indigenous Lieutenant Governor, during which time he would visit remote fly-over communities in the northern part of the province. “What shocked me was the fact that the schools were in such terrible shape,” he says. “And secondly, that they didn’t have libraries. In many cases they had bookshelves, but there were no books.” During his tenure as Lieutenant Governor (which ran from 2002 through 2007), Bartleman became passionately involved in attempts to bring books and literacy to these remote Indigenous communities – a passion that resulted in the inauguration of the Indigenous Summer Reading Camps.

In his efforts to get the camps off the ground, Bartleman raised $8 million dollars and came up with a model that would cost $32,600 per camp. “I wanted a bootstrap operation,” he says. This bare-bones model incorporates involvement from the participating communities, including having each community provide accommodation for camp counsellors. This, Bartleman says, is something the various communities are more than happy to do. “It’s just a prejudice to say that Native people are not interested in the education of their kids. They are very keen. I think the success [of the camps] is based to a huge extent on the support of the communities.” Bartleman also approached various universities to chip in and solicited funding from private companies such as De Boers, which contributed money for three camps over a five-year period.

Bartleman didn’t want the money to flow through the Lieutenant Governor’s office, preferring to employ an arm’s length foundation with a proven track record in literacy advocacy and fundraising. He chose to partner with Frontier College. “Frontier College did such a good job that even though I’d raised enough money for five years, they made it stretch to six,” says Bartleman of the Summer Reading Camps’ early days in northern Ontario. The Ontario project was so successful, in fact, that Indigenous communities in other provinces began to take notice. Today there are Indigenous Summer Reading Camps in 133 communities across eight provinces and three territories. Frontier College reports that 24 communities held summer literacy camps for the first time in 2018. “The model is in Ontario,” says Bartleman, “but the real action is elsewhere.”

Frontier College president and CEO Stephen Faul is enthusiastic about the success of the Summer Reading Camps. According to the 2018 annual report, the camps reached 2,211 children in Ontario alone. The report goes on to state that 97 per cent of parents and caregivers said the camps encouraged children to enjoy reading for pleasure and 77 per cent agreed that the camps prepared their children to return to school. They also hand out books to Indigenous child readers each year: Faul estimates that in 2018 they distributed close to 100,000 books nationwide and 4,000 within Ontario.

The function of the camps in stemming summer learning loss is one aspect of the program that Faul is most pleased with. “If you don’t have a lot of books or things to read from the end of one school year to the beginning of the next, your reading ability can slip appreciably,” he says. “We create this love of reading and we prevent summer learning loss. It’s also an opportunity for us to build partnerships with Indigenous communities.” This approval is echoed by Indigenous leaders, who praise the program and its commitment to Indigenous culture and learning. “The integration of Secewepemc culture into the camp is [an] essential element that contributes to the success of the program,” writes Robert Matthew, director of education for the B.C. Adams Lake Indian Band. “The flexibility and the training and programming by Frontier College allows our staff to individualize the camp to suit the needs of our community.”

Perhaps even more encouraging is the fact that as of this past year, “legacy” camps had sprung up in nine Ontario communities running their own programs independently of Frontier College’s involvement. “Our goal ultimately is that people won’t need our services,” says Faul. “We work in close partnership with communities to help build their own capacity.”

This involves recruiting counsellors to travel to remote parts of northern Ontario and other regions of the country. Recruiting in Ontario begins with a call for applications in January and interviews start as early as February. All of the programs across the country have Indigenous community members on staff; in some of the prairies programs, the entire staff is Indigenous. The Ontario program, by contrast, is a blended staff of Indigenous and non-Indigenous counsellors. “It was designed that way from the beginning,” says Cathy Mehagan, Frontier College’s regional director for northern Ontario. “Mr. Bartleman and some of our other Indigenous leadership advisors at the time felt that it wasn’t just about the kids learning. It was about the young people that we hire from the communities learning from the people that are coming in from southern Ontario and Thunder Bay area colleges and universities.”

Sarah Almeida has a degree in child and youth care from Ryerson University and is currently in her final year of the bachelor of education program at Trent University; she was a counsellor at the Fort Albany First Nation summer camp in 2018. “This was a whole new experience for me,” Almeida says. She speaks about the benefits that accrued to her – feeling accepted by the Fort Albany community and learning first-hand about Cree culture – as well as teaching challenges that allowed her to adapt skills she learned in her practicum work. “I discovered a large percentage of children there struggled to articulate certain words,” she says. “I began camp with activities that helped students learn and practice pronunciations through feeling sounds in their mouth.”

As for the future of the program, it appears poised to continue its growth in 2019. “We’re very dedicated and committed to this program,” says Faul. “We always want to do more. I think we’ll continue to grow and I think we’ll see more and more communities take up the challenge on their own.” Certainly this appears true for the counsellors who find placements in these camps: Mehagan says that many come away from a teaching experience up north only to change their majors and dedicate themselves to further work with the communities. “Every year, there’s at least two or three who come back after spending their summer up north and they look at you and you can see it in their eyes, they say, ‘This changed me.’”

Almeida would appear to be one of those people. “Learning about Indigenous peoples, their lands, history, language, and culture has been the greatest Canadian educational experience of my life,” she says. “It was an incredible experience seeing Fort Albany’s young people fall in love with reading.”