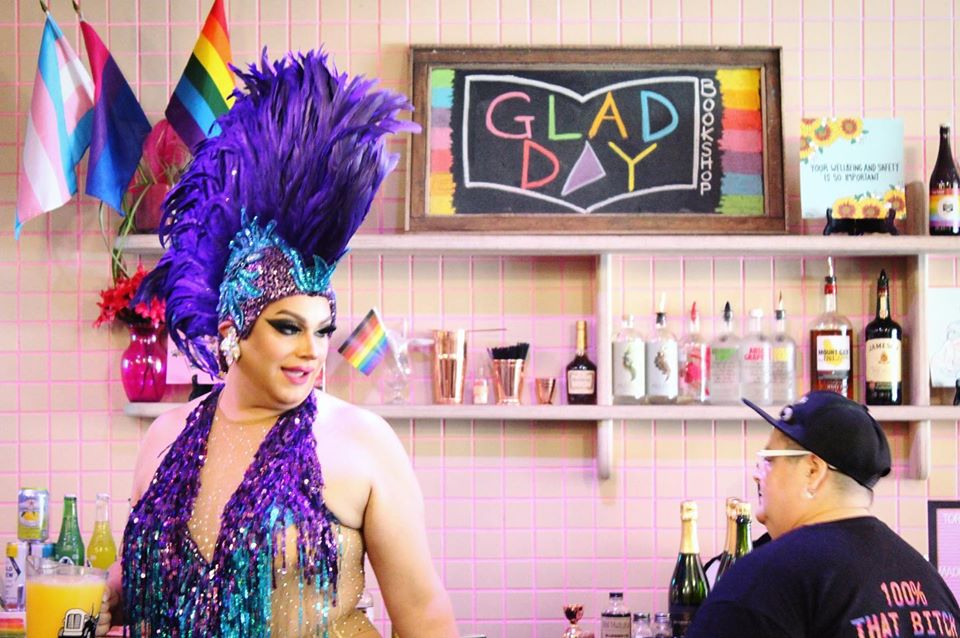 When calls for physical distancing to slow the spread of COVID-19 started to grow more insistent in mid-March, Toronto’s Glad Day Bookshop could already see the economic devastation on the horizon. On March 15, the world’s oldest surviving queer bookshop sprang into action by launching an Emergency Survival Fund to benefit LGBTQ2S+ artists, performers, tip-based workers, and Glad Day itself, which faces an uncertain future (the bookshop and community hub is hoping for government relief measures that will support bars and restaurants).

Nearly three weeks later, the fund has raised over $150,000, and has received 1,400 applicants, emboldening the bookshop to press towards a $250,000 goal. Besides Absolut, which donated $20,000 to the fund, all contributions have come from private donors. Glad Day co-owner Michael Erickson spoke to Q&Q about the financial shortfalls facing the LGBTQ2S+ community, including queer writers in crisis.

How did you know so early on that this fund would be desperately needed?
The bottom had already dropped out of attendance at events and restaurants and bars. We had a party that we thought would have 200 people at it that ended up with about 30 on Friday (March 13). People didn’t know what they were going to do in two days much less the kind of [timeline] that we got later.

What are you providing?
We are giving between $100 to $200 to as many people as possible. Some people told us they didn’t want a grant, they just wanted a loan, and they can pay it back in the future. If they give the money back then it will become a loan for somebody else, like a rotating loan.

What stories have you heard from the recipients?
Quite a few people have to pay for medication. I thought that food would be the main need but in fact there are some pretty significant medication costs that people have. This helps people keep their cellphones at a time when being connected to people through their phone is crucial. And a lot of people just didn’t have a food budget.

Have you found there’s a need from the literary community?
Yes. It’s absolutely a writer’s crisis. We’ve gotten requests from writers across Canada, primarily racialized LGBTQ writers, who have reached out for help. The main source of income for writers is doing talks at schools, writing workshops, presenting at universities. Those revenue streams dried up immediately. And many writers have side hustles in the service industry.

You are launching an online channel. What does Glad Day have in store for that?
Glad Day hosts an average of 75 events a month. We’ve created a diverse community around those events. Without a physical venue, how do we keep our communities connected and support people in times when they might feel alone and isolated? Through the funds we’ve raised we’ll be launching regularly scheduled Glad Day livestreams and programming and, because of the fund, we will be able to pay artists for their participation.