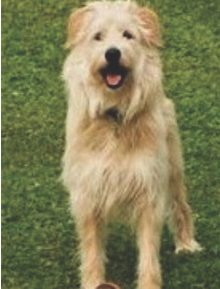 Winnipeg-based Great Plains Publications will begin catering to a new demographic of readers next year, with the launch of Yellow Dog, an imprint dedicated to middle-grade fiction.

Managing editor Catharina de Bakker says Great Plains has received a number of promising submissions over the years that simply didn’t fit the mandate of its existing teen fiction line. “I guess we just asked ourselves why we were limiting ourselves like that,” Bakker says. “Especially with authors like Tyler Enfield and Jodi Carmichael, whose teen novels we had published, but whose second novels were geared toward younger readers.”

Enfield’s second novel, Hannah and the Magic Eye, published with Great Plains Teen fiction in March, despite being aimed at a pre-teen audience. Its subsequent success helped to further highlight the need for a line for younger readers.

Yellow Dog will publish contemporary and historical fiction, stories that take up contemporary social issues, “weird and quirky stories,” and fiction that leans toward fantasy and the supernatural. It will release three or four books per year, starting with three so-far-unnamed titles in spring 2018: a contemporary Manitoban story by Anita Daher, a time travel story set in Paris by Jodi Carmichael, and future dystopian tale by Colleen Nelson. “Basically, we’re looking for Canadian writers with great stories for young readers across Canada,” Bakker says. “There’s something a bit magical about the middle-years reader. They’re able to browse the shelves and choose their own books. It’s a bit of an assertion of independence. We’re very excited about sharing stories with them.”

The imprint will also serve in part to celebrate the press’s 25th anniversary this year, as well as its blond office dog, Scout, who recently passed away, and was the inspiration behind Yellow Dog’s name and logo.