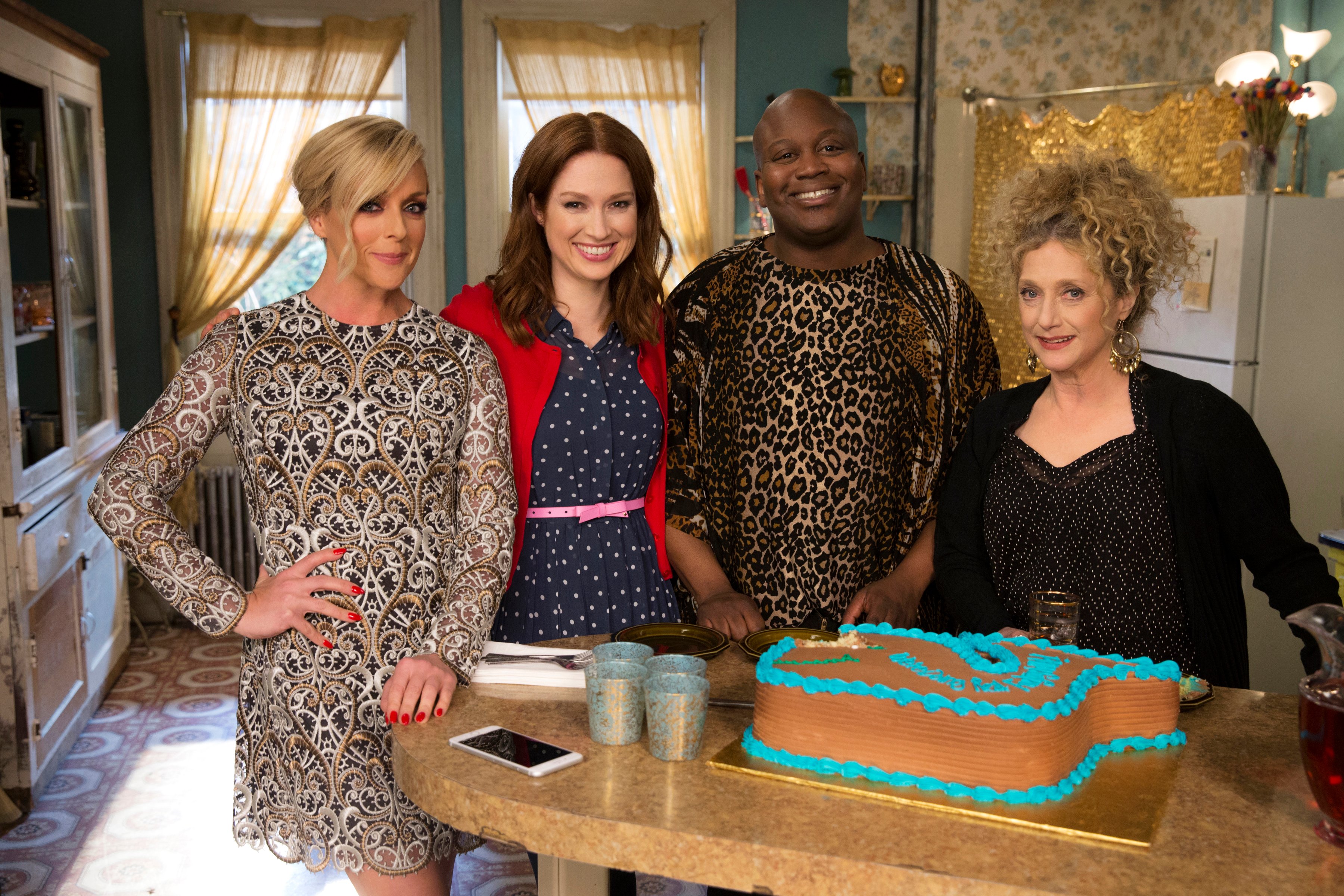 What would Kimmy Schmidt – the determinedly optimistic hero of Netflix’s Unbreakable Kimmy Schmidt – write? In the final season of the sitcom created by Tina Fey and Robert Carlock, Kimmy writes an empowering kids’ fantasy novel that takes down toxic masculinity and shifts the thinking of its young readership. It also happens to explode into a cultural phenomenon that makes Ellie Kemper’s Schmidt rich and famous.

No pressure for Sarah Mlynowski, right? The middle-grade and YA writer was asked by the New York–based publisher Little, Brown to write a real-world version of The Legends of Greemulax, to be turned around in less than four months. “Publishing normally takes for-ev-er,” the Montreal-born author says. “But they published it very quickly. I got a lot of support from the Kimmy team as well as the Little, Brown team.”

The idea to publish Greemulax was brought to Little, Brown by Fey, who had published her essay collection Bossypants with the publishing house. Mlynowski, a prolific novelist best known for her Whatever After series of twisted fairy tales and the Upside-Down Magic series of stories set in a magic school, was suggested by her editor Farrin Jacobs. “I was a huge fan of the show so I said yes,” Mlynowski says.

The challenge was to weave the fragments of Greemulax mythology dropped throughout the sitcom into a cohesive narrative. “We already had the title of the book, characters, Grabagorns [a kind of monster], dragons,” Mlynowski says. “The task was to come up with a concept that would work for fans of the show as well as for a middle-grade reader.”

Mlynowski came up with a world where men and women live apart. The boys turn into beast-like “Grabagorns” when they let their macho instincts take over while the girls turn invisible when they don’t stand up for themselves. The worlds collide when a boy named Penn rescues the Rainbow Knight Kristy and they set off to find a candy that will stop Penn from transforming into a Grabagorn.

As Mlynowski was writing, she had Kimmy’s “cool babysitter” voice in her head. “I rewatched several seasons and took little things that had happened in her life,” she says. For example, the lead character of The Legends of Greemulax is named Kristy, after the president of The Baby-Sitters Club, a series that Kimmy is seen reading in an early episode.

When the book was finished, Mlynowski came as close as she could to collaborating with K.C. Schmidt (Kimmy’s nom de plume) when she met up with the Kimmy Schmidt team. “We sat in a room for eight hours and read through the proofs together,” she says. “We would pump up different jokes and say what didn’t work.”

Kristy’s mentor Lillibop and the theatrical Turdgon are presented as original characters, but clearly carry the essence of Carol Kane and Tituss Burgess’s Kimmy characters Lillian and Titus. Their traits were reinforced by the team from the show. “If a producer would say that a character wouldn’t say something we would rework it,” Mlynowski says. “They were really hands-on and so generous and funny.”

Mlynowski wrote Kristy as a conduit for Kimmy, complete with such Kimmy-ish declarations as “fluffing amazing” and “hot fudge.” “The Kimmy character was really natural for me,” she says. “I think I speak in exclamation marks anyway. The other characters were more challenging and took more rewriting to get them right.”

For the antagonist, the villainous Grabagorn Prime, Mlynowski mined Unbreakable Kimmy Schmidt’s dark backstory, basing him on Jon Hamm’s The Reverend, who abducted Kimmy as a teenager and imprisoned her in a bunker. “Obviously he would be a huge scary presence in any book that she was writing because she was writing a book to deal with her own trauma,” Mlynowski says. “And she would want him to learn a lesson.”

Lessons abound: much like the sitcom it springs from, the middle-grade book leads with laughs and crazy adventures but has lots to say beneath its colourful exterior. In The Legends of Greemulax, those values begin with the dedication: “to boys and girls equally.”

“I’m hoping that the kids will love the book because of the adventure and the dragons,” Mlynowski says. “But the teachable part is that neither boys nor girls are perfect. They both have something to learn from each other and everything is better when boys and girls work together.”