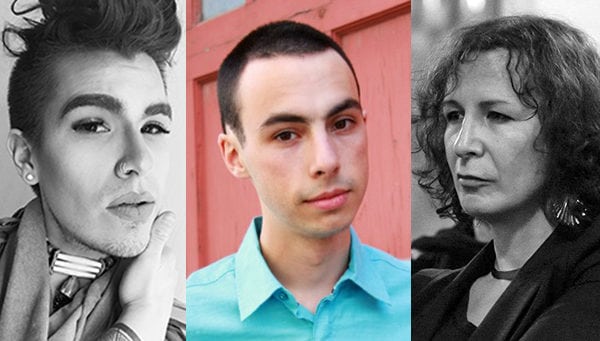 In the past, queer fiction was so niche that our most beloved authors were largely unknown to straight readers. Writer and activist Larry Kramer bemoaned the issue in a Paper Magazine essay from October 2015, complaining that if gay author Andrew Holleran were straight, he would’ve been the Fitzgerald and Hemingway of our community (but a far better writer). “Straight critics just don’t get us,” Kramer wrote, and this sentiment certainly once rang true in the literary scene. However, I would argue that the tide is changing.

Hanya Yanagihara’s 2015 queer novel A Little Life received praise from The New Yorker, The Guardian, and The Atlantic to name a few; Garth Greenwell’s provocative 2016 novel What Belongs to You – about an American expat’s complex relationship with a Bulgarian hustler – was a New York Times Book Review Editors’ Choice. We see it in film, too: A Fantastic Woman, about a transgender waitress and singer dealing with the death of her older lover, won Best Foreign Language Film at the Academy Awards this year, where Call Me By Your Name also took home Best Adapted Screenplay. One can conclude that there’s a growing appetite from non-LGBTQ audiences for LGBTQ stories, which is good news for queer writers. But what makes some of our books flourish in the literary mainstream while so many others are forgotten?

The three writers nominated for the Writers’ Trust of Canada’s $4,000 Dayne Ogilvie Prize for an emerging LGBTQ writer – Ottawa poet Ben Ladouceur, Ontario’s Trish Salah, and Manitoba’s Joshua Whitehead  – are in a unique position to reflect on this question. Ladouceur, who won the grand prize on June 16, is humble about his work, explaining that he understands the limitations of his readership as a poet, and whether his work has mainstream appeal is not something he considers. Ladouceur wasn’t trying to write something universal with his award-winning 2015 debut poetry collection, Otter (Coach House Books), but rather tell a story that was his own.

“I feel like a lot of people received the book not expecting poems that spoke of some kind of grand and ultimately artificial universality,” he says. “It was clear to those who read the book carefully, and I was very glad that the story I was trying to tell was a queer one. It was an acknowledgedly queer story.”

Ladouceur was expecting more queer young men who might have been in the process of coming out to pick up his collection, thinking that it might be “emotionally validating” for them. In the end, it had more of a general readership. “That’s who I had in mind,” he says. “When people who weren’t young queers read it, I feel like they didn’t mind that that was who I was addressing. They still found the book valuable in terms of its quality and its emotional accuracy. And the general readership didn’t mind that its goals weren’t to appeal to everyone.”

In many ways, Whitehead’s mindset was the same in approaching his debut novel, Jonny Appleseed, and poetry collection, Full-Metal Indigiqueer (both published by Arsenal Pulp Press). He aimed to create work that was unabashedly and unapologetically queer because he felt there wasn’t much of it out there. But he didn’t consider the reader when writing his books. He says he was essentially writing for himself.

“I’m not so much looking for the void in mainstream culture – although it’s there,” Whitehead explains. “But what I try to do is I really zoom in on the void and really see what’s missing, so for me it’s always writing for and about queer, Indigenous peoples.” Despite his aspirations, he says that he too tapped into a more general readership within the Indigenous community, despite the novel’s graphic depictions of gay sex. “I think my dirtiest or sexiest moments in Jonny Appleseed are the scenes that people want to hear the most,” he says.

As for why some LGBTQ literature and writers makes it to the mainstream, while others don’t? “I think story is the biggest hook whether it’s presented as truth or as fiction,” Salah says. “I think when literature isn’t primarily about story, it has a harder time, and I think that is maybe even more so for queer, for trans, for Arab, for Black writing that has historically been pitted in opposition to intellectual or experimental work.”

All three writers say they would embrace a larger mainstream readership. “There’s also the hope that when I set out to make a Victorian sponge cake for the first time, it’ll be perfect and it won’t be runny,” Ladouceur says. “I hope that with everything that I do, right?… But whether or not it does is also a reality I’ve got my head around.”

Mike Miksche is the Toronto-based author of the novel Paris Demands and writes frequently on queer issues for Vice, Them, NewNowNext, and Slate.