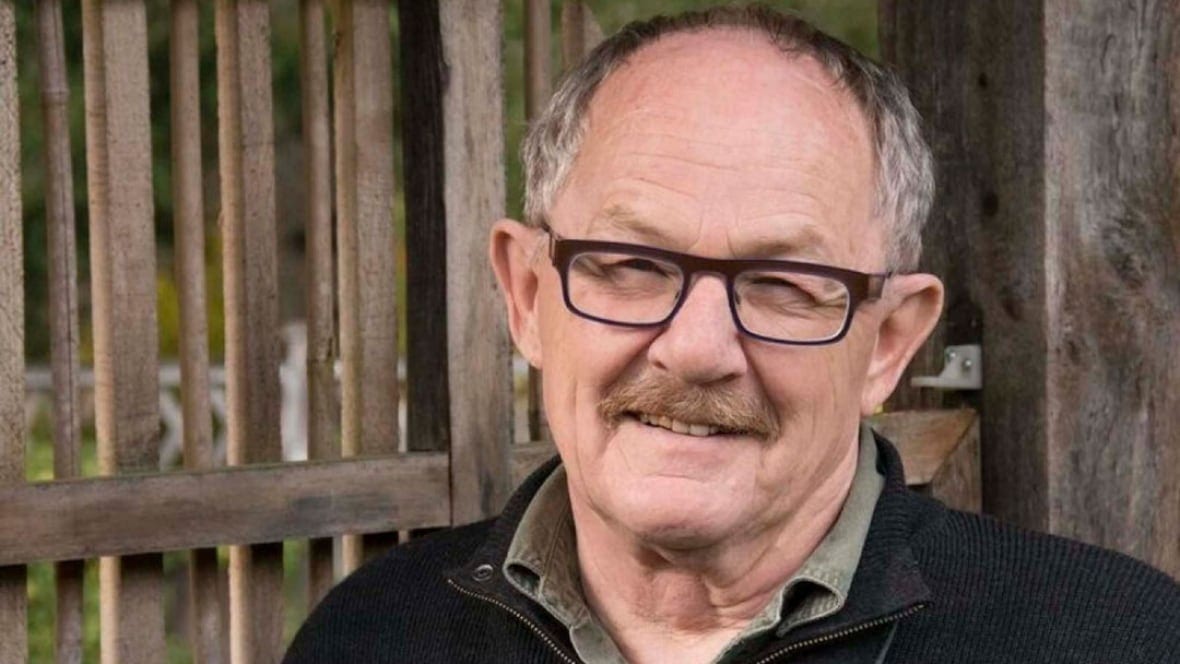 Brian Brett, the B.C. writer and poet, still recalls the first time he met Patrick Lane. It was 1971, and Lane had appeared in fellow writer Seymour Mayne’s basement apartment at the University of British Columbia carrying copies of a book of poetry he’d just had printed, a collection called Mountain Oysters. Brett had heard about Lane previously from Allan Safarik, co-editor of a journal called Blackfish. “Allan had actually pointed out Patrick to me the summer earlier. The Fiddlehead had two wonderful poems by Patrick and I remember Allan saying, ‘We should get to know this guy. He looks like a real poet.’”

The assessment would prove prescient. In the decades to follow, Lane would publish more than 20 volumes of poetry, becoming in the process one of Canada’s most renowned and beloved versifiers. He won a Governor General’s Literary Award for his 1978 collection of new and selected poems, and in 2011, Harbour Publishing, Lane’s longtime poetry publisher, brought out the massive, 540-page volume The Collected Poems of Patrick Lane, a work that stands among the half-dozen or so most important books of Canadian poetry published in the last quarter-century.

Lane died on March 7 of a heart attack following a protracted illness. He was 79.

“He’s one of the permanent figures of Canadian poetry,” says Harbour publisher Howard White. “He stands beside Al Purdy and Earle Birney and Margaret Atwood and P.K. Page.”

Like his near-contemporary Purdy, Lane was self-taught – a poet from a working-class, rural background who never went to university, instead spending his young-adult years working in sawmills and driving trucks. “He was such an autodidact,” says Brett. “He was incredibly learned. He was somehow up there driving a bulldozer and reading Gilgamesh.”

Born in the hamlet of Sheep Creek in southeastern B.C., Lane grew up in a working-class family of five boys and one girl. His childhood and early adulthood were haunted by hardship and trauma, including the 1964 death of his beloved brother, Richard “Red” Lane, from a brain hemorrhage, and, four years later, the shooting murder of his father. In his 2004 memoir, There Is a Season, Lane credits poetry with helping him live through the difficulties and upheavals of his younger years: “I think it was poetry that saved me from killing myself or killing others.”

Another salvific element in his life was his relationship to Lorna Crozier, a fellow poet who went on to marry Lane and become his constant companion and first reader. “I always knew I was living with a poet,” Crozier says. “We modelled our lives around this crazy thing that was the centre of our existence, which really not many people understand or value.”

When the two first got together in 1978, Lane was already twice divorced and on the cusp of winning the GG. Crozier was nine years younger, a fledgling poet with what she describes in retrospect as “some promise.” Looking back, Crozier feels that had she not fulfilled that promise, it is likely the two would have split up. “I don’t think he would have wanted to live with a bad writer. And I wouldn’t have wanted to live in someone’s giant shadow.”

But the pair stayed together, in time becoming the equivalent of CanLit royalty, one of the most enduring and iconic literary partnerships in the country’s history. “We were always completely honest with each other about the writing. We never, ever let sentimentality get in the way,” Crozier says. “I don’t think I ever gave him a poem that I’d written because I was pleased with him or it was a special occasion without him saying, ‘You know, I’m not sure that you could get away with that second line.’”

Crozier was also instrumental in helping Lane through his 1999 detox from alcohol and cocaine, an experience he recounts in There Is a Season. That book, which charts Lane’s path to sobriety as he cultivates and tends the garden of the Vancouver Island home where he and Crozier lived at the time, came about in part, Crozier says, because he was afraid to return to poetry. “He was scared that he wouldn’t be able to write a new poem because he’d always written them with a few glasses of vodka or scotch inside him. And he didn’t know if he’d be able to stay sober if he went back into the world of the poem.”

Though Lane did eventually return to poetry, including the 2014 collection Washita, which Crozier calls “a masterpiece,” his late career was more notable for prose: in addition to the memoir, he published two novels – Red Dog, Red Dog in 2008 and Deep River Night in 2018. According to Crozier, when he died, Lane had approximately 100 pages of a third novel already written. “Although likely to be best remembered as a man who fashioned some of the most gorgeously beautiful poems ever written in this country,” says Saskatchewan novelist and story writer Guy Vanderhaeghe, “[Lane] was also a brilliant memoirist and novelist who explored terra incognita, the dark places of the human heart, in pitch-perfect prose.”

The turn to long-form prose late in life, says Crozier, was probably a function of Lane’s rehab and conquering his addictions after 45 years of concerted drinking. Newly sober, Lane was able to muster the concentration and stamina necessary for longer, more sustained work. “He could hold the world of a poem in his head and still be drinking,” Crozier says. “But he couldn’t hold that massive world of a novel in his head and be a drunk.”

Though the genre is different, Lane’s long-form prose work contains many recognizable qualities from his poetry, including a love of metaphor, a sharp affinity for the natural world, and a delight in the suppleness of language. The other thing the novels and memoir share in common with the poetry is a willingness to pursue ruthless honesty in depictions of the human condition – an honesty that proved unsettling to some readers. “It made some people uncomfortable,” says Crozier. “They wanted to be entertained. They wanted the world to be a cheerier place. We as human beings face terrible loss and death, whether it’s of animals we love or people who are the centre of our universe. They’re all disappearing. I think Patrick gave us a way to navigate that.”

Lane’s unwillingness to coddle readers or shy away from unpalatable material in his work has inevitably led to a mythical image of the poet as a rugged, working-class rural tough guy. What that myth obscures, says friend and fellow poet Susan Musgrave, is the writer’s more tender side. “He is perceived as this macho, hard-drinking, hard-living [man]. And he certainly perpetuated that myth when he was younger – or it was perpetuated for him. But we all buy into our myths at some point in our lives. I think Lorna knew a side of Patrick that many of us didn’t know. That was the kind and gentle side.”

Indeed, people who focus exclusively on the harshness and machismo in Lane’s work miss much of its delicacy, suggests White. “People always talk about the violent poems and the brutal poems. [But] he’s written some of the most beautiful love poems in Canadian poetry. And he’s also written a tremendous amount of contemplative poetry, particularly in his later years, the second half of his career.” Sure enough, as the years progress, it is possible to note a change in Lane’s style, from a terse plain-spokenness to something more ruminative and almost metaphysical. “I think he’s one of Canada’s great philosophical poets,” Crozier says.

“He had such a mastery of syntax and language and so on,” says Brett. “He went into much more complex, late philosophical poems with those wonderful rhythms that are so sonorous, he’d just hypnotize you when you heard him read. The one great thing about Patrick was that he was never satisfied. Right to the end, he had that hunger to fail better, as Beckett would say.” And yet regardless of the shifts in genre or register, there was something essential that remained in Lane’s sensibility. “His voice was so consistent,” Musgrave says. “You could always recognize a Patrick Lane poem.”

Vanderhaeghe recalls an afternoon in 1982, during a visit Lane and Crozier paid to him shortly after the publication of his first book. “What I remember most powerfully is Patrick talking about the books that had mattered to him. At first it was his erudition that amazed me, how widely and deeply he had read. But gradually I came to feel that he was attempting to tell me something important, that gently, obliquely, and generously, Patrick was pointing out to me, a young writer, that what I needed to remember was that the poet selflessly serves the poem, the novelist selflessly serves the novel.”

Ultimately, it is perhaps this selflessness in the service of poetry that feels most resonant in Lane’s body of work, an output that navigates the elegant balancing act of being both unsparing and pristine. “He manages to leave the pain but keep the beauty,” says Musgrave. Or, as Crozier puts it, “He always so firmly believed that you write out of who you are and what you are and where you live. He firmly believed you put your bare feet on the earth and you write about that earth that’s underneath them.”