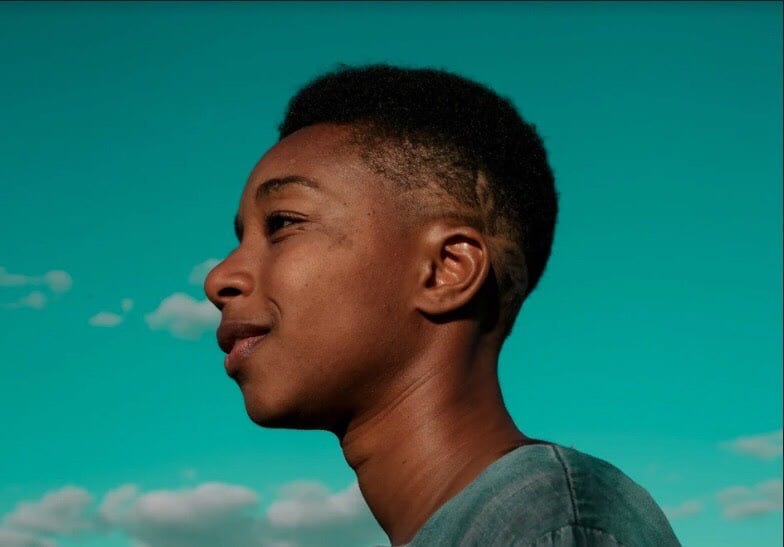 Toronto writer and educator Whitney French is the driving force and editor behind Black Writers Matter (University of Regina Press). The anthology features a broad showcase of Black writing in Canada from the likes of Angela Wright, Chelene Knight, and Scott Fraser.

There was no doubt in French’s mind that she wanted to talk about Black Writers Matter, and the legacy of Black Canadian writing, with the author and activist Makeda Silvera, who contributed an essay to the collection about her time as co-founder and managing editor of the feminist-driven Sister Vision Press – the first indie publisher in Canada run by a collective of women of colour – which operated in Toronto from 1985 to 2001.

“Makeda submitted a really powerful piece, but I think, more importantly, she is someone I look up to,” says French. “I don’t think I would be remotely in the position I’m in now if it wasn’t for her trailblazing work. Also, I find it’s very rare to see intergenerational conversations between writers and publishers, and especially Black women in the writing field.”

Whitney French: I’m pretty enamoured with the legacy of Sister Vision Press, which I first encountered as a young reader in late high school or in my early 20s. I’m not home right now, but if I was, I could look at my bookshelf and look at all the spines and see all the Sister Vision titles. I’d never had brand loyalty before, or thought of publishing houses having such a clear mission.

Makeda Silvera: When we started, we were probably a bit crazy – in a positive way – because we knew very little about publishing. But each time I look at the books and the quality of the work, I’m astounded. At times, it was really challenging and daunting because of the kinds of books that we produced, exploring the factual and fictional lives of women and their creativity. Women who had been ignored and marginalized historically now had a chance of becoming a household name or inspiring other women.

WF: The first time I read your work was in the anthology Eyeing the North Star: Directions in African-Canadian Literature. I remember seeing that book at a yard sale in the early 2000s and freaking out because there were Black people in a book and they came from Canada – I didn’t know that was a thing.

It took a few years to make the connection that the writer in the anthology was the managing editor at Sister Vision Press. But I think you, and so many other great writers in that anthology, were my way to understanding there was a Black Canadian community out there doing the damn work. I was so thrilled because I was always looking to Black American writers.

MS: That’s how we all start.

WF: Toni Morrison and James Baldwin were my sword and shield going through white literature. That’s all I knew for two decades. I had no idea how well versed and established Black Canadian writers were, except for maybe a handful of names. So yeah, Black anthologies are so important and crucial.

Black Writers Matter is my first anthology. I feel like I was trying to be super intentional about the people who I was selecting – not just Black writers who people know, or Black writers who people feel comfortable with. My intention was to disrupt the idea of not just who’s who, but who’s coming up, who’s exciting, and also who is it we have not heard from? That’s why I find anthologies to be so powerful in that they’re a subversive tool. I never really thought of it that way until just now.

MS: One of my goals as managing editor of Sister Vision Press was to publish very new writers alongside established writers, to continue to build a community that crossed along the lines of race, class, and sexuality, but also varied experiences. Anthologies definitely bring a community together.

We were fully aware of the lack of published work by the communities we served, but we were really naive when we started the press in not necessarily understanding that we had to go find writers to mentor. A lot of writers that we encountered just didn’t have the confidence to put out their work or to see their names in print. As the managing editor, I took on the role of mentoring many writers, particularly first-timers, through community centres, through word of mouth, and by offering workshops.

WF: I feel that in a real way, especially when you’re talking about lacking the confidence to see your name in print as a Black women, as a marginalized person, as somebody from the LGBTQ community who just doesn’t see examples of themselves out there.

I mean it when I say that when I first saw your work, I thought, “Oh my gosh, I could do this, too. I don’t have to give up the idea of being a writer just because I’m a Black woman.”

MS: It was really heartening to see your anthology. It proves there’s more work to do and younger writers there to continue the legacy. How did you find your writers?

WF: I remember sitting in a café for hours with a good friend trying to come up with a call-out for Facebook that would really encourage Black writers to submit but also get people excited. There are definite tropes in Black literature and specifically Black Canadian literature that I didn’t want to follow. And so what I did was make a wishlist of things I’d like to read myself. For instance, I thought it was really important to have a piece specifically linking Black and Indigenous solidarity. It was like Christmas time when I received one about Black and Indigenous youth.

I have friends who are Black and Indigenous and I don’t really see them in print. I don’t hear many stories from Black queer women or from Black trans folk. What is that about? I am constantly asking myself why I’m not seeing those particular stories and who’s missing. I was really excited to get content from the East Coast and stories about legacy and ancestry. And there are essays in the anthology that do not agree with each other. My mantra throughout the whole process – and it’s still on track – is that Black people are not a monolith.

MS: That’s really the richness and beauty of anthologies. There are debates going on, and some readers take sides. How was the back and forth while editing your writers?

WF: I didn’t want to keep the book too Ontario or Quebec centered, which tends to be where people focus their energy. So logistically, editing and meeting up with people was difficult. It’s quite a big body of work. Similar to when you’re speaking about Sister Vision Press, there were a lot of new writers, people never published before, and also non-writers. There were folks with strong stories who come from vulnerable communities who weren’t writers. So there was a lot of understanding my responsibility and being sacred with their stories. And a little bit of handholding.

There were some pieces that were really hard to read because they held so much personal power. A beautiful human being went through this experience and then wrote this? Those stories were like a punch in the gut; there were times when I was in tears reading, but I thought, “No, be professional.” So I would read it through once just to cry. By the third time, I was able to say, “Okay, how can I polish the story?” I tried not to compartmentalize my emotions, but I did want to do justice to their stories.

This interview has been edited for clarity and space.