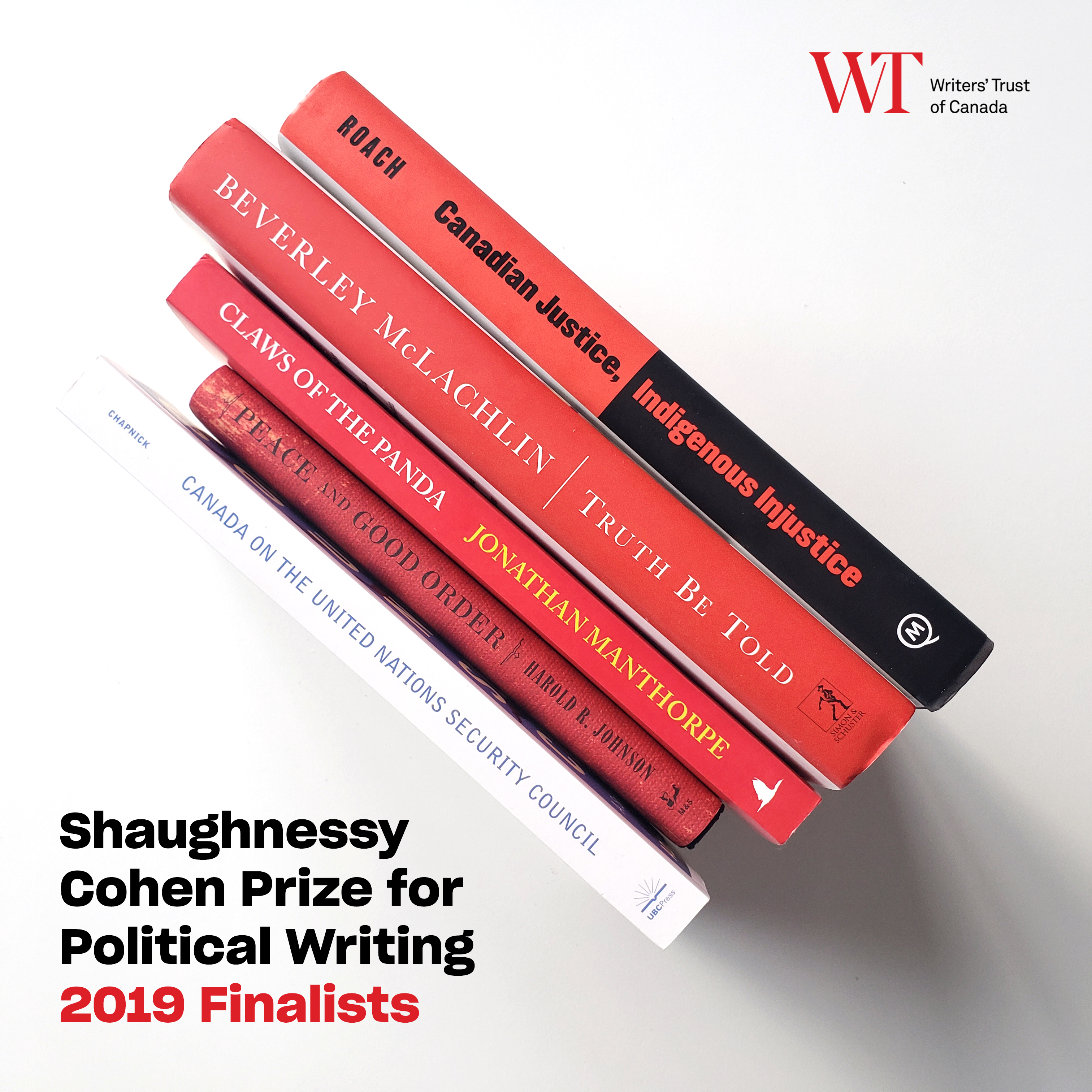 Canadian justice, international relations, and Indigenous rights are among the topics explored – often simultaneously – in the five books shortlisted for the Writers’ Trust’s 20th annual Shaughnessy Cohen Prize for Political Writing. The $25,000 prize will be presented Sept. 23 during a virtual version of the annual Politics and the Pen gala. The charity event has raised more than $4.5 million for the Writers’ Trust.

This year’s jury included Althia Raj, Ottawa bureau chief for HuffPost Canada; Paula Simons, an independent senator; and the late Greg Donaghy, a federal government historian who died on July 1 after suffering a heart attack. The prize is presented to a work of literary non-fiction on a political topic of relevance to Canadians.

This year’s finalists, listed below, will each receive $2,500.