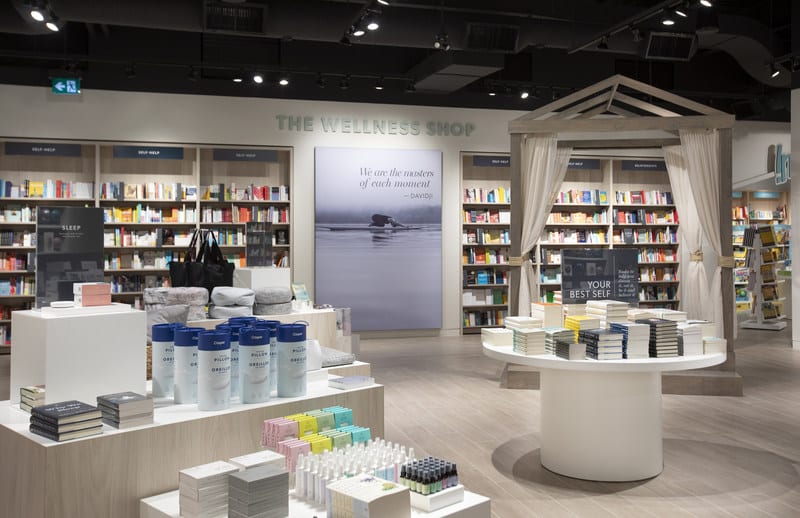 Indigo Books and Music has become the first Canadian retailer to join the #15PercentPledge. The viral initiative, launched by former Torontonian Aurora James, calls upon retailers to dedicate at least 15 per cent of their shelf space to Black-owned businesses. Indigo joined brands such as Sephora, West Elm, and Rent the Runway in making the commitment on Oct. 21.

As part of a lengthy update on the company’s diversity and inclusion initiatives, Indigo pledged at least 15 per cent of the books on its shelves would be by BIPOC authors by the end of 2021, a share the company pledged would rise to 23 per cent within two to five years. The company also committed at least 15 per cent of its lifestyle products would be from BIPOC-owned businesses in two to five years.

Though Indigo’s pledge to stock BIPOC creators is a departure from the #15PercentPledge’s original goal to specifically support Black entrepreneurs, the campaign celebrated the influential bookseller’s commitment on Instagram. “This female-founded enterprise has long served as a hub for creativity, learning, and discovery for Canadians,” the @15percentpledge posted.

“It is our hope that together, more diverse customers will see themselves and those who look like them on Indigo’s shelves. We thank Indigo for leading the way in Canada.”

Today, we’re proud to announce our very first Canadian retailer has taken the #15PercentPledge. As Canada’s largest book, gift, and specialty toy retailer, @indigo’s commitment to carrying a minimum of 15% books by BIPOC authors and 15% BIPOC brands in their product assortment represents a significant step towards economic equality. This female-founded enterprise has long served as a hub for creativity, learning, and discovery for Canadians. It is our hope that together, more diverse customers will see themselves and those who look like them on Indigo’s shelves. We thank Indigo for leading the way in Canada. We look forward to supporting Indigo in this exciting new chapter. We’ll keep you updated on their progress in providing a prestigious platform for BIPOC creatives to rise. . #BuyBlack #BlackOwnedBusiness

Indigo launched a partnership with the Canadian Centre for Diversity and Inclusion in March, and has since held a series of townhalls with employees to identify ways to foster a more inclusive workspace. Some of the efforts underway include a commitment to featuring BIPOC models in 25 per cent of the company’s marketing materials, featuring BIPOC brands and books in at least 20 per cent of its social content, providing the option to list preferred pronouns on name tags, and recruiting a diversity and inclusion manager.

Earlier this year, we pledged to increase our commitment to diversity, equality and inclusion, and to use our platform and voices to create long-lasting, meaningful change. We want to provide an update on the work we’ve been doing to become a more inclusive company and workplace for our customers and our employees. To learn more, visit the link in our bio. indigo.ca/diversity-and-inclusion