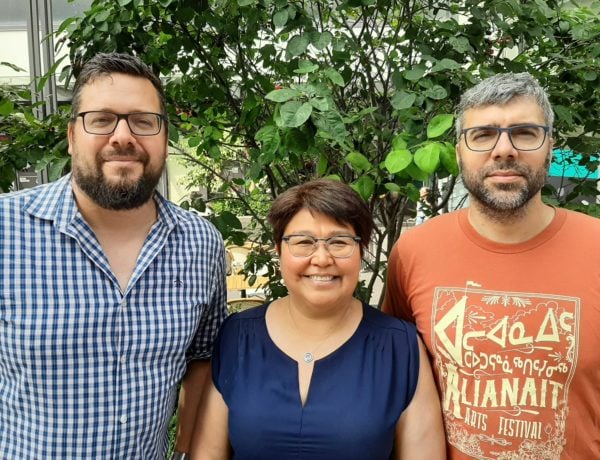 A stretch of Toronto’s Mount Pleasant Road, which already holds the beloved independent children’s bookstore Mabel’s Fables and Canadian-owned toys, games, and books retailer Mastermind Toys, will get a new neighbour next year: Inhabit Books, a commercial store for the Inuit-owned publishing and media company.

Inhabit Media and Inhabit Education are moving to new offices (from around the corner on Eglinton Avenue East) and will open a storefront where the company will offer direct sales of their Inuktitut- and English-language books to customers.

The company, which was founded in 2006 by Louise Flaherty and brothers Neil and Danny Christopher, also has an office in Iqaluit, and is the first Inuit-owned independent publisher in the Canadian Arctic. According to Inhabit’s website, the company was “born out of a need for Nunavut kids to see their culture accurately represented in the books they read in schools.” In the last 14 years, Inhabit has released innumerable critically acclaimed and award-winning books, including the YA novel Those Who Run in the Sky, by Aviaq Johnston, and the 2019 picture book In My Anaana’s Amautik, by Nadia Sammurtok and illustrator Lenny Lishchenko.

There is no opening date yet for the new store, but the Inhabit team is looking forward to the move: “We are excited to be part of the vibrant retail strip along Mount Pleasant Road, and hope our presence will only increase foot traffic for all retailers in the area. We look forward to welcoming customers into our space in the new year.”