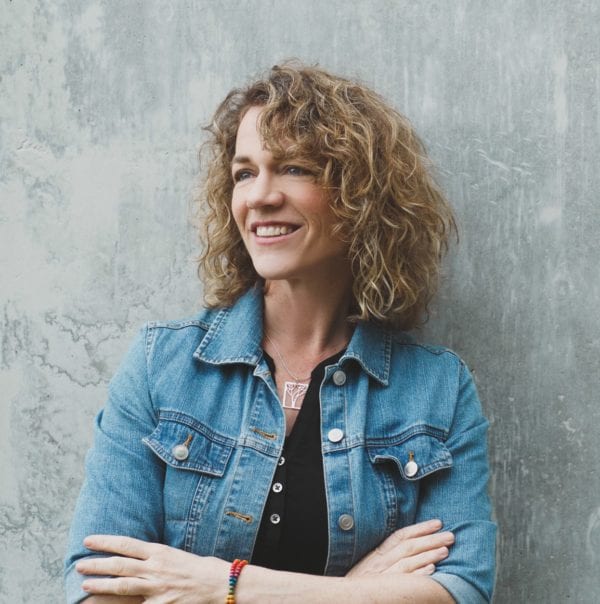 Update: Robin Stevenson has been asked to return to DuPage County in Illinois and speak about her book Kid Activists on Nov. 20, at Glenbard West High School. The event was arranged by Democratic State Rep. Terra Costa Howard on the heels of District Superintendent Jeff Schuler’s comments to the local paper, in which he confirmed that the original event was cancelled due to the book’s LGBTQ+ content, including profiles of Harvey Milk and transgender activist, writer, and director Janet Mock. “I’ve also heard many truly heartbreaking stories from and about LGBTQ+ students in the district,” Stevenson wrote in an email to Quill & Quire. “The bullying I have heard about, by adults and children, is awful. I would really like to see the district talk about what they are doing to support these kids – for me, that is the bigger issue here.”

An adorable, illustrated image of gay-rights activist Harvey Milk as a child – on the cover of B.C. kidlit author Robin Stevenson’s new book – has started a school-board controversy in Wheaton, Illinois.

In October, Stevenson was scheduled to visit Longfellow Elementary School in Wheaton, a town just outside of Chicago. Stevenson was on tour for her new non-fiction collection, Kid Activists: True Tales of Childhood from Champions of Change (Quirk Books), and would be presenting in front of 175 students, talking about the early years of activists such as Martin Luther King Jr., James Baldwin, Dolores Huerta, Susan B. Anthony, and Autumn Peltier, all of whom are covered in her book.

The day before the talk, Stevenson was contacted by the school’s vice-principal who said they were excited to host her and could she send a summary of her presentation; the same day, her publisher was asked which activists Stevenson would focus on; and later that night, Stevenson was told, through her publisher, that the visit was cancelled. The author told Q&Q that her publicist was informed that “a parent had expressed concern about the fact that Harvey Milk is included in the book.” Milk wasn’t one of the activists Stevenson planned to talk about, but there is a cartoon version of him holding a rainbow flag on the cover of the book, alongside the likes of Malala Yousafzai and Alexander Hamilton. 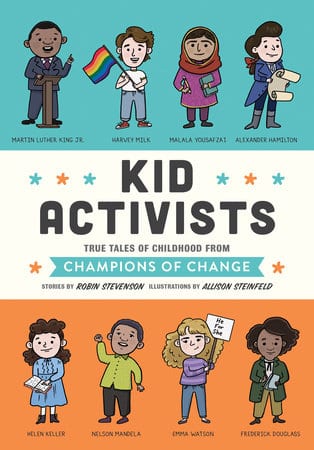 Stevenson’s initial reaction was one of surprise as she didn’t think this particular book would cause any controversy. She experienced a bit of pushback around her 2016 book Pride: Celebrating Diversity & Community, but didn’t foresee Kid Activists ruffling any feathers. And she was frustrated.

“I think one parent should not be able to have the power to prevent probably six or seven classes from hearing the talk,” she says. “And when the reason given for the concern is so clearly rooted in homophobia we should not validate that. By doing so [the school] perpetuates a really harmful message. Certainly a parent is free to take their own child out of a particular topic if they want to, but they should not have the power to make that decision for the school.”

Stevenson went to other schools in the area and thought that was the end of the situation. But two weeks later she received a letter from an older student in that school district who had heard about the cancellation and it had made them realize that their community wasn’t as accepting as they thought; while they had previously decided to come out, they’d now changed their mind.

In response, Stevenson wrote her own open letter to the district superintendent and school board and posted it on her social-media feeds: “This action sends a very harmful message to students, particularly students who are themselves LGBTQ+ or have family members who are part of the LGBTQ+ community. It says their lives can’t be talked about, that their very existence is seen as shameful or dangerous. It says that no matter how significant their accomplishments, or how much they contribute to the world, they can be erased and made invisible because of who they are.”

While the school board has yet to respond to Stevenson, district spokesperson Erica Loiacono did send a statement and email to the local paper, the Daily Herald, attributing the cancellation to a procedural issue and that “the event was not cancelled because Harvey Milk is a character in the book.” Loiacono told the paper that the parent was concerned with “the process we utilize to inform parents about author visits and the contents of the presentation and promotion.” A letter sent home to parents from the school further explained: “Administration was informed that the school did not communicate to Longfellow parents information about the content of the book being presented and promoted by the author. As a result, parents/guardians were not provided a sufficient opportunity to review the information and determine whether they wanted their child to participate in the program.”

It reads like a poor excuse to Stevenson, who says that parents were notified as some had reached out to say they had bought the book in advance for their children to have signed. The school letter also states that the school tried to get in touch with the author earlier to discuss the situation and that they look forward to rescheduling. But Stevenson says she never heard from them prior to the day before and hasn’t heard from them since. While it’s been a disappointing experience, Stevenson says, “I think that the bigger problem is that there are lots of school districts that don’t invite authors to talk about these kinds of issues in the first place, that don’t shelve books with LGBTQ+ characters. That’s a harder problem to address then getting uninvited at the last minute.”