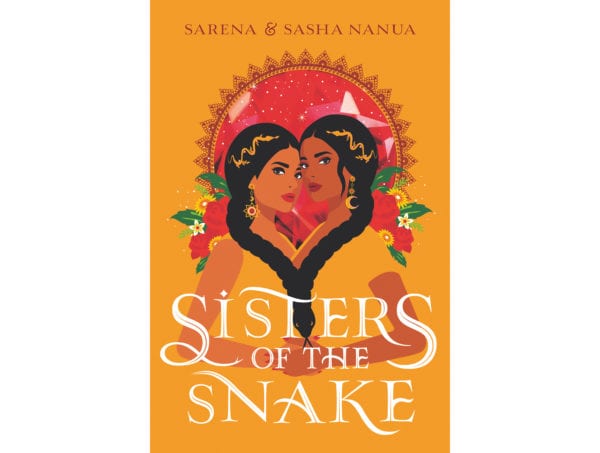 I was like a fish out of water in 2016 when I released Fate of Flames, the first book in my YA fantasy trilogy, the Effigies series. In those early days, having a community of Toronto bloggers to support me was invaluable. Among them were twin book bloggers Sarena and Sasha Nanua, who came to Bakka-Phoenix Books for the launch of my first novel and invited me to participate in an author panel.

Now, after years of supporting fellow Canadian authors, the 24-year-old sisters have become published writers themselves with their debut YA fantasy, Sisters of the Snake (HarperTeen, June), which melds the twin-mischief motif to a complex South Asian–inspired high fantasy milieu. Ria, an orphan and thief, and Rani, a royal princess, live in separate worlds, completely unaware of the other despite being physically identical. But once they meet, they quickly realize that they must work together to save their home from evil.

Sarena and Sasha spoke with Q&Q about YA fiction and co-writing Sisters of the Snake. 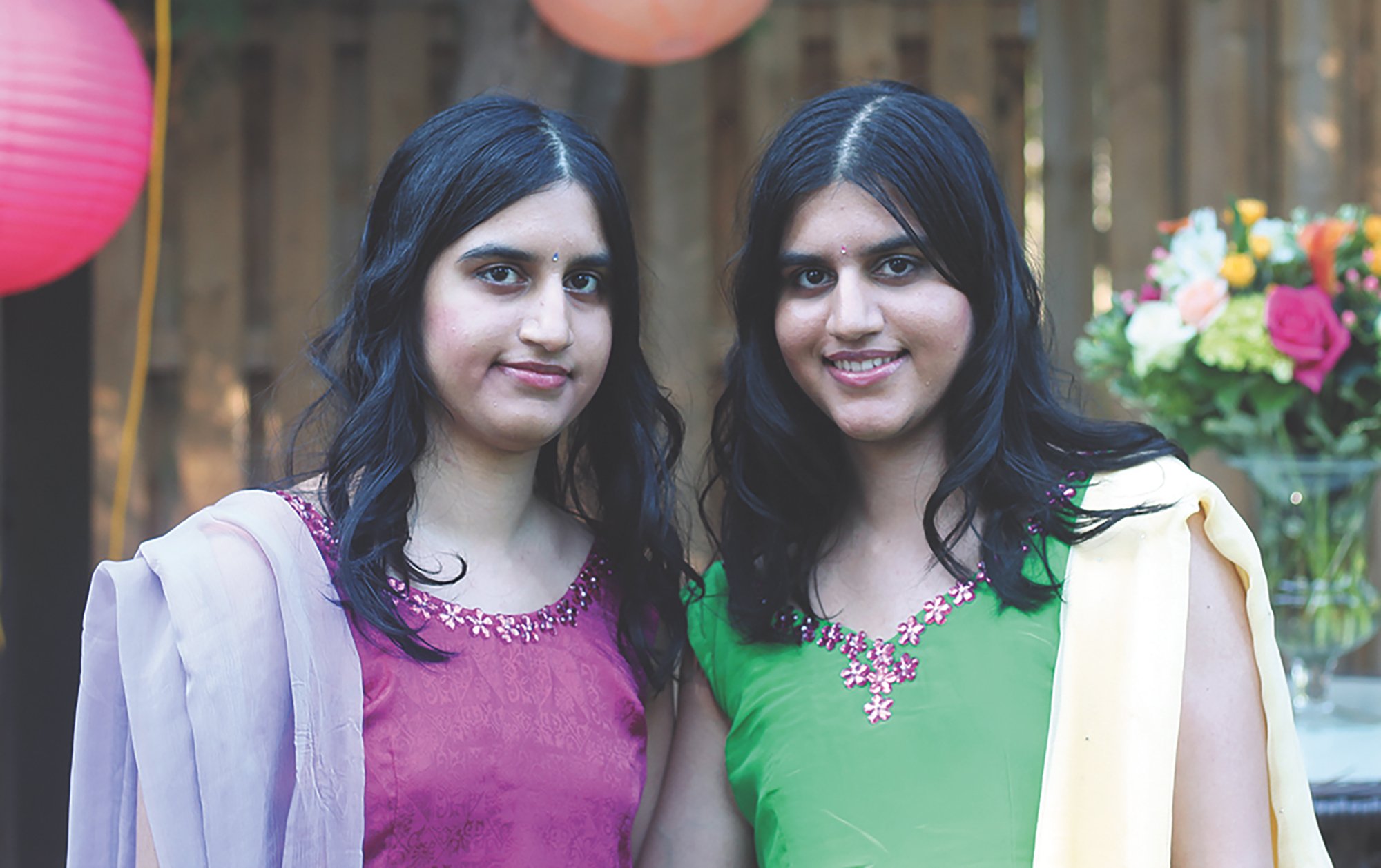 What were your favourite stories growing up and how did they shape your love for the art of storytelling?

Growing up, we had different tastes in books and enjoyed different authors and novels. Sasha was a huge Roald Dahl fan, and Sarena loved books like The Amazing Days of Abby Hayes and any Scholastic Candy Apple Book she could get her hands on. But one thing we connected on was our love of fantasy and science-fiction novels, especially in middle school and high school. Those books were the ones that inspired us to write in our favourite genre: fantasy.

What drew you to writing young-adult fiction and are there other markets you’re interested in writing for?

We grew up and read voraciously during the boom of YA, so it only felt fitting when we were teenagers to write stories for teens and a younger audience. The same is true now: in fact, Sarena loves middle grade even more than YA, thanks to series like Percy Jackson.

You helped run a creative writing community, UTM Scribes, through University of Toronto Mississauga, and you are also well known as Canadian book bloggers. How have these experiences helped you on your journey to becoming published authors?

UTM Scribes was an incredible club that we were lucky to be a part of. While there, we helped edit short stories and organize events for student writers, which only helped us hone our craft while taking writing classes. In terms of book blogging, it was the perfect fit for us: we love chatting about books in real life, so why not do the same on social media? Discovering so many amazing books while blogging really opened our eyes to more diverse books and authors, and we realized we could be traditionally published, too.

What were some of the challenges you faced while writing Sisters of the Snake together? Did one sister take Rani’s perspective and the other Ria’s?

Sisters of the Snake went through many drafts before we even got our book deal, and our challenges during edits had to do with maintaining motivation and curating specific voices for Ria and Rani respectively. During each draft, we tend to alternate which one of us focuses on which character, but we always look over and edit each other’s work. We handle both sisters instead of writing one each. Our writing voices are so similar, it all melds perfectly.

The world-building in Sisters of the Snake is so vibrant and vivid, especially your unique take on elemental magic. How did you come up with the various categories of Masters in the book? How did South Asian culture influence your crafting of the magic system?

It took a long time to come up with the Masters; the magic system was one of the hardest things to fix in editing. The idea of snake magic was there from the beginning, but adding in actual Masters with magic was an idea that came much later.

We dug into our Indian heritage when it came to many elements of world-building: the Indian-inspired world, the cultural practices, the food! But our culture also influenced how we broke out of “conventional” elemental magic and created other magics not commonly seen in YA – namely, snake magic.

Many authors have aspects of storytelling they love and others they dread. What would you say are your strengths and how do you make up for each other’s weaknesses?

When we were in high school, we took a writer’s craft class together. When we were both handed back our midterm report cards, it turned out that we got the exact same grade but for different reasons. While Sasha excelled in some areas, Sarena excelled in others. We think the same thing applies to writing books: we both make up for each other’s weaknesses. Sasha loves coming up with ideas for plot and writing fresh scenes, and Sarena’s great at piecing things together and revising.

How do you feel about the contributions South Asian authors and illustrators have made to children’s literature in Canada, and why do you feel that representation is so important in publishing?

It’s really incredible to see so many amazing South Asian authors contributing to Canadian kidlit. Some of our favourites include Tanaz Bhathena (Hunted by the Sky) and Jasmin Kaur (When You Ask Me Where I’m Going). Seeing more authors coming up gives us hope that Canadian kidlit will become more diverse.

What have you learned about yourselves as writers, as people, and as sisters from writing Sisters of the Snake?

We learned that we can broaden the scope of the books we write. We never attempted a high fantasy novel before this one. By writing Sisters, we realized we could write things we never imagined before!