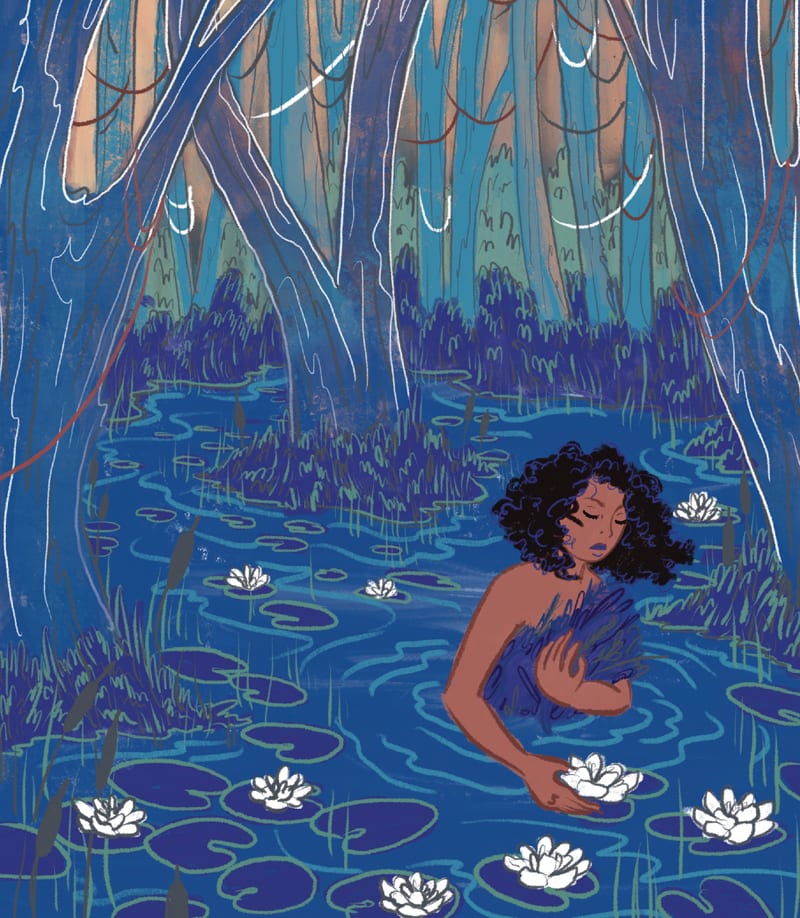 One of the things about parenthood that Vancouver’s Wayde Compton looked forward to was sharing his writing with his daughter. When she was around five or six, he eagerly read her his 1999 short story, “The Blue Road: A Fairy Tale.” The reviews were not kind. “She really didn’t like it,” he recalls.

Part of the reason, Compton believes, was that he had written the story, which was originally published in his poetry collection 49th Parallel Psalm, before fatherhood immersed him in the kidlit canon. As he became more familiar with the tropes of children’s literature, he hit the rewrite desk. Compton reimagined his story about a protagonist who escapes the Great Swamp of Ink and journeys north along a blue brick path.

The story’s hero, previously a man, became a young woman named Lacuna, and Compton began condensing the text into a new format: the script for a graphic novel. The finished product, The Blue Road: A Fable of Migration (Arsenal Pulp Press), will be published this month. “The story has always seemed to have visual potential for me,” Compton says.

“The original felt very lonely and also very hopeless,” says April dela Noche Milne, who illustrated the graphic novel. “He starts off in the Great Swamp of Ink which, as Wayde wrote, was all blue – the vegetation, the swamp of ink itself. And I think that initial palette really set the mood for the rest of the story.”

From the opening panels in the swamp, coloured in deep purple and blue, the illustrator expands into burnt orange and greens as Lacuna’s journey leads her to new lands. All the while, the indigo shade of the Blue Road acts as a link back to her homeland.

The finished book surprised her. “When I first pictured this project in my head, I was thinking of something much darker visually, and either monochromatic or duotone,” says dela Noche Milne. “But I ended up using a lot more colours than I intended.” 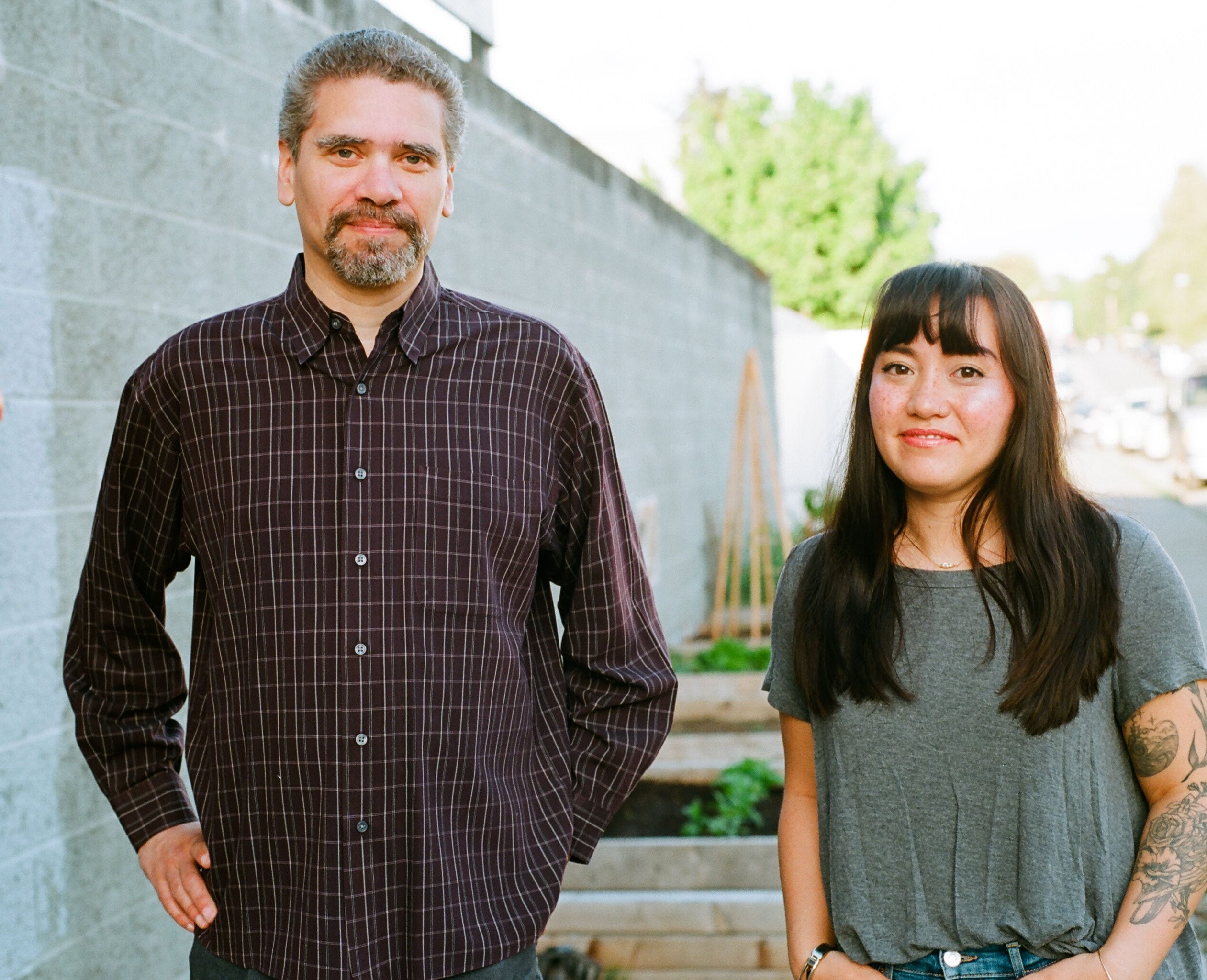 Compton first met the artist when he was an English instructor at Emily Carr University and she was a student. In 2014, she contributed an illustration to Compton’s short-story collection The Outer Harbour, which led the author to invite dela Noche Milne to join this project. For The Blue Road, she drew kinetic, chalk-like illustrations on paper with pencil, pen, and ink before completing them on an iPad, which she purchased specifically for the project. These images led Compton to further rewrites.

“By illustrating it, I saw a gap in the backstory of the protagonist,” he says. “It needed more telling.” Compton expanded the narrative while simultaneously stripping the language to its essence to suit the graphic-novel format. “I like this version better than the original story,” he says. “I think it’s a lot richer.”

Though the frame of the story has stayed the same over its 20-year evolution, it’s hard not to see its contemporary resonance. Lacuna leaves a life of hardship for the promise of the Northern Kingdom, only to be challenged by a dense barrier of wild growth made from paper tickets (the “thicket of tickets”) and an arbitrary border (a rainbow painted on the road). When she arrives in a kingdom of plenty, she is treated as a second-class citizen though ultimately prevails through hard work and ingenuity.

Compton notes that “The Blue Road” story was written before “the fascist turn in the U.S.,” but adds “these issues of migration have been with us for a really long time.” Much of 49th Parallel Psalm was inspired by the Black pioneers who came to British Columbia during the 1858 gold rush, as well as his own father’s immigration to Canada from the U.S. in the 1950s. The story also resonated with dela Noche Milne, whose mother, aunt, and grandmother came to Canada from the Philippines.

Compton’s fable also draws influence from classic fantastical quest narratives: the blue road, for instance, mirrors the yellow brick road in L. Frank Baum’s The Wonderful Wizard of Oz. Yet Baum himself would have balked at a migration allegory for a young audience. He wrote in the introduction to that 1900 novel, “Modern education includes morality; therefore the modern child seeks only entertainment in its wonder tales and gladly dispenses with all disagreeable incident. Having this thought in mind, the story of The Wonderful Wizard of Oz was written solely to please children of today.”

dela Noche Milne argues this assessment underestimates the power of children’s literature: “When I think back to all the picture books and novels that left an impact on me when I was younger, they all had a message or theme that stuck with me.”

“Kids read for the same reasons we do,” Compton agrees. “And that’s to figure out the world. That’s political.”