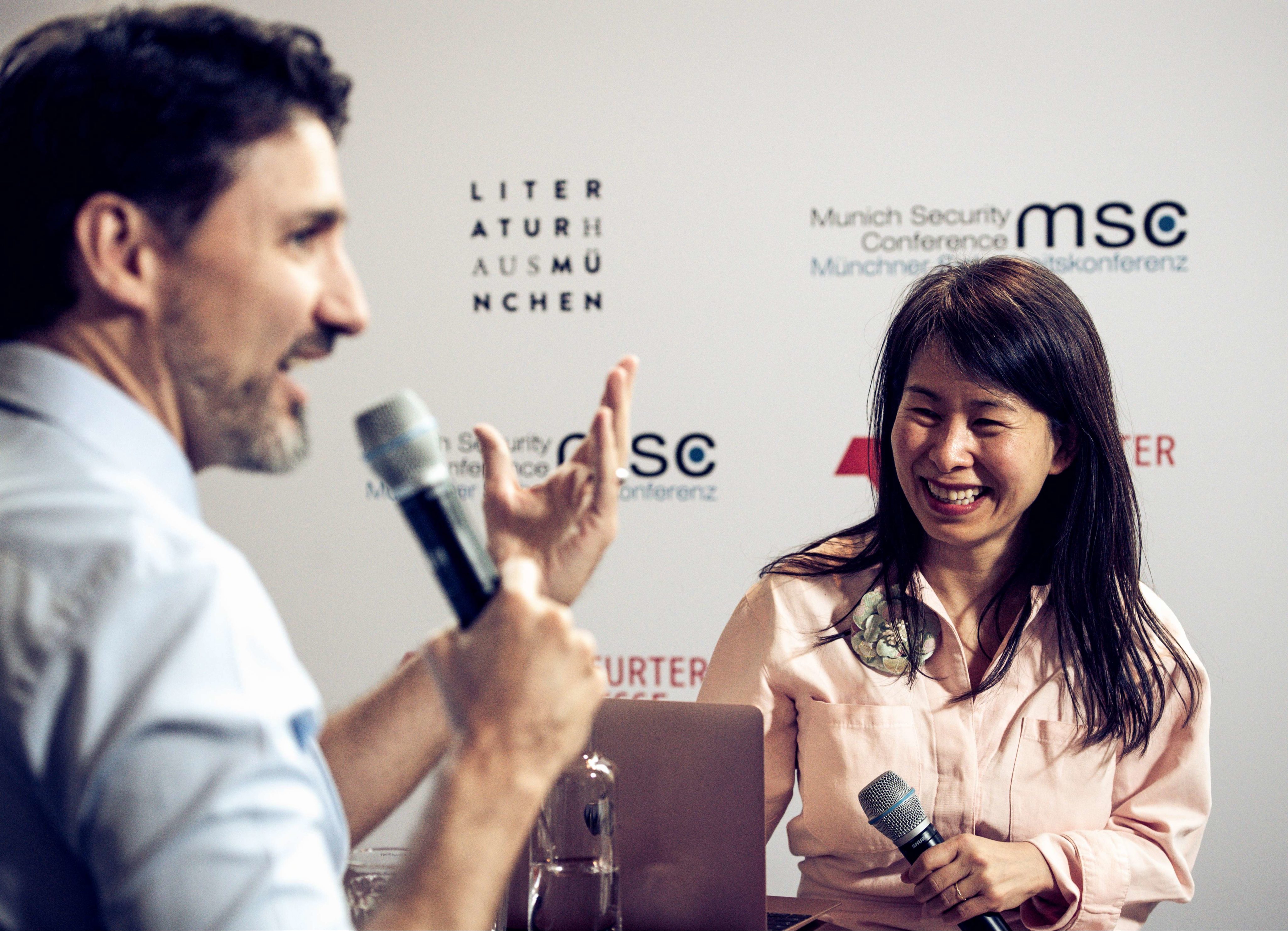 The annual Munich Security Conference, which has attracted heads of state, policy makers, and academics to Germany since its inception in 1963, has a little-known literary side. This year on Feb. 13, participants were treated to a Canadian breakfast discussion between award-winning author Kim Thúy and Prime Minister Justin Trudeau as part of the conference’s literature series.

Thúy spoke about coming to Canada in the late 1970s as a refugee from Vietnam, an experience that became the root of her acclaimed debut novel, Ru. Trudeau discussed the country’s refugee policies and how they have evolved over the decades.

The event was connected to Canada’s status as the Guest of Honour at this year’s Frankfurt Book Fair. The German market will be treated to more Canadian author appearances at the Leipzig Book Fair, which takes place March 12–15. Details will be announced March 5.