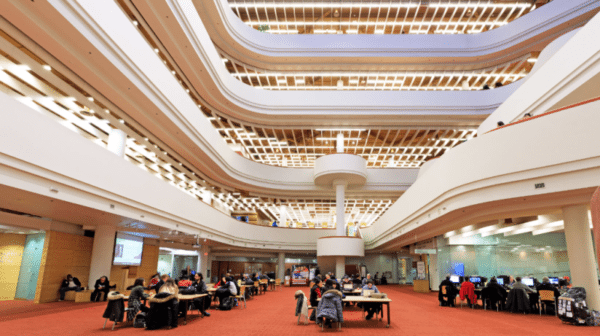 The Canadian Urban Libraries Council has turned to the public in a campaign urging the big five multinational publishers to renegotiate the price they charge libraries for ebooks and audiobooks. The advocacy organization, which represents more than 45 library systems across the country, launched a website and social-media campaign under the hashtag #eContentForLibraries to draw attention to the inflated prices they claim multinational publishers – Hachette Book Group, HarperCollins, MacMillan, Penguin Random House, and Simon & Schuster – are charging libraries for electronic formats.

The Toronto Public Library has been one of the most outspoken library systems in the campaign. “These challenges are jeopardizing our ability to provide universal access to content in all its forms, including those who may not be able to visit a library branch or read print materials due to illness or disability,” TPL librarian Vickery Bowles said in a statement.

The campaign website includes price comparisons between print and electronic formats, such as A.J. Finn’s bestselling thriller The Woman in the Window, for which libraries pay $29.99 for print copies versus $98.99 for a digital copy, and Michael Wolff’s Trump expose Fire and Fury, for which libraries pay $24.40 in print versus $60 for digital. Libraries pay full price for every digital copy lent despite the unlimited audience that could theoretically consume a book in a digital format.

CULC has asked its readership to contact the multinational publishers with their concerns. The targeted publishers have not commented on the initiative.