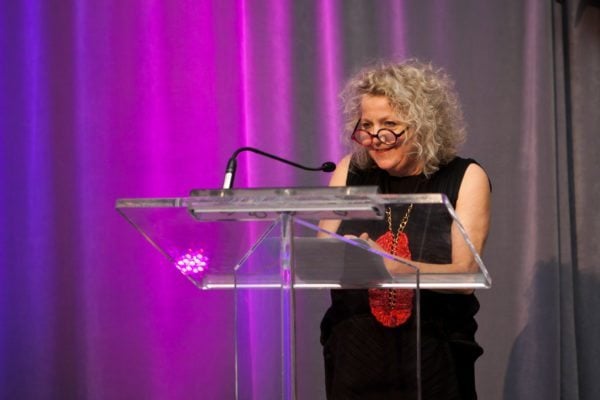 Poet Jan Zwicky and publisher Margie Wolfe are among 85 new appointments to the Order of Canada announced June 29 by Governor General Mary Simon.

Second Story Press co-founder and publisher Margie Wolfe was named a member of the order “for her dedication as a leading publisher, feminist and social justice advocate in Canada’s literary industry who champions inclusive and diverse publications.”

Poet Jan Zwicky, who lives in Heriot Bay, B.C., was recognized “for her contributions to Canadian poetry and philosophy, and for her work as an educator and editor.”

Montreal novelist Suzanne Aubry was named a member “for contributing to Quebec’s literary scene and for tirelessly advocating the rights and status of Canadian authors.”

Author and educator Sheldon John Currie of Antigonish, Nova Scotia, was named a member “for his contributions to Canadian literature, notably through his decades as the fiction editor of The Antigonish Review.”

Eva-Marie Kröller, emeritus professor at UBC, was named a member “for her contributions to the appreciation of Canadian writing, and for her achievements as an educator.”

Wednesday’s 85 appointments to and four promotions within the Order of Canada are the second announced by Governor General Mary Simon, who was installed in the position last July. The recipients will be presented with their insignia at investiture ceremonies in the future.