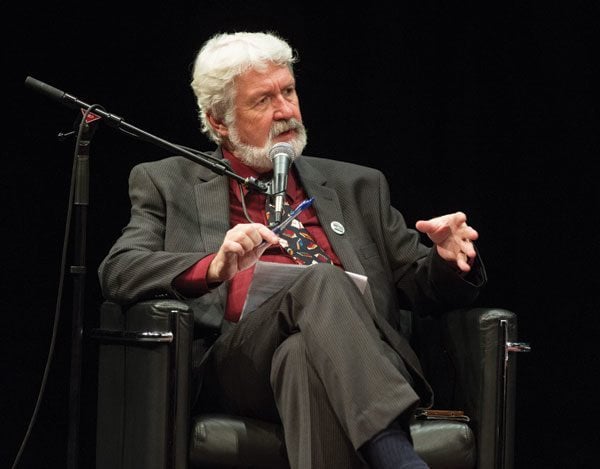 Leading up to the celebration of Canada as the honoured country at the 2020 Frankfurt Book Fair, three people have been named to the literary programming committee by organizing arm Canada FBM2020. Word On The Street Toronto’s former festival director Heather Kanabe, French-Canadian TV host Claudia Larochelle, and former artistic director of the Vancouver Writers Fest Hal Wake will program more than 80 Canadian writers and illustrators to participate in activities at Frankfurt during the fair as well as across Germany, Austria, and Switzerland throughout 2020.

The committee, which was selected based on an open call for applicants, has a mandate to create a literary program that represents writers and artists from across the country; a mix of Indigenous, anglophone, and francophone artists; and a variety of literary expressions, with poetry slams and storytelling among those specifically mentioned in an announcement from Canada FBM2020. The announcement was made on April 12 at the Salon international du livre book fair in Quebec City. The slogan for the 2020 Frankfurt Book Fair, “Singular, Plurality,” was announced at an event in Toronto in March.