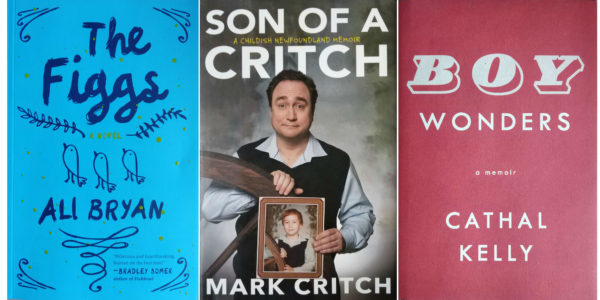 Three titles have been shortlisted for the 2019 Stephen Leacock Memorial Medal for Humour. The $15,000 prize will be presented at a gala dinner hosted by Ian Ferguson in Orillia, Ontario, on June 8. The finalists were chosen from among 68 titles read by judges from across Canada as well as a committee of local readers.

The Figgs, Ali Bryan (Freehand Books)
The Calgary author’s second novel follows June Figgs, a retiree unexpectedly stuck with a house filled by her three grown children, one of whom has a newborn baby, and a husband who has a shocking revelation of his own.

Son of a Critch: A Childish Newfoundland Memoir, Mark Critch (Viking Canada)
The This Hour Has 22 Minutes alum’s memoir about growing up in Newfoundland in the ’80s was previously shortlisted for the RBC Taylor Prize.