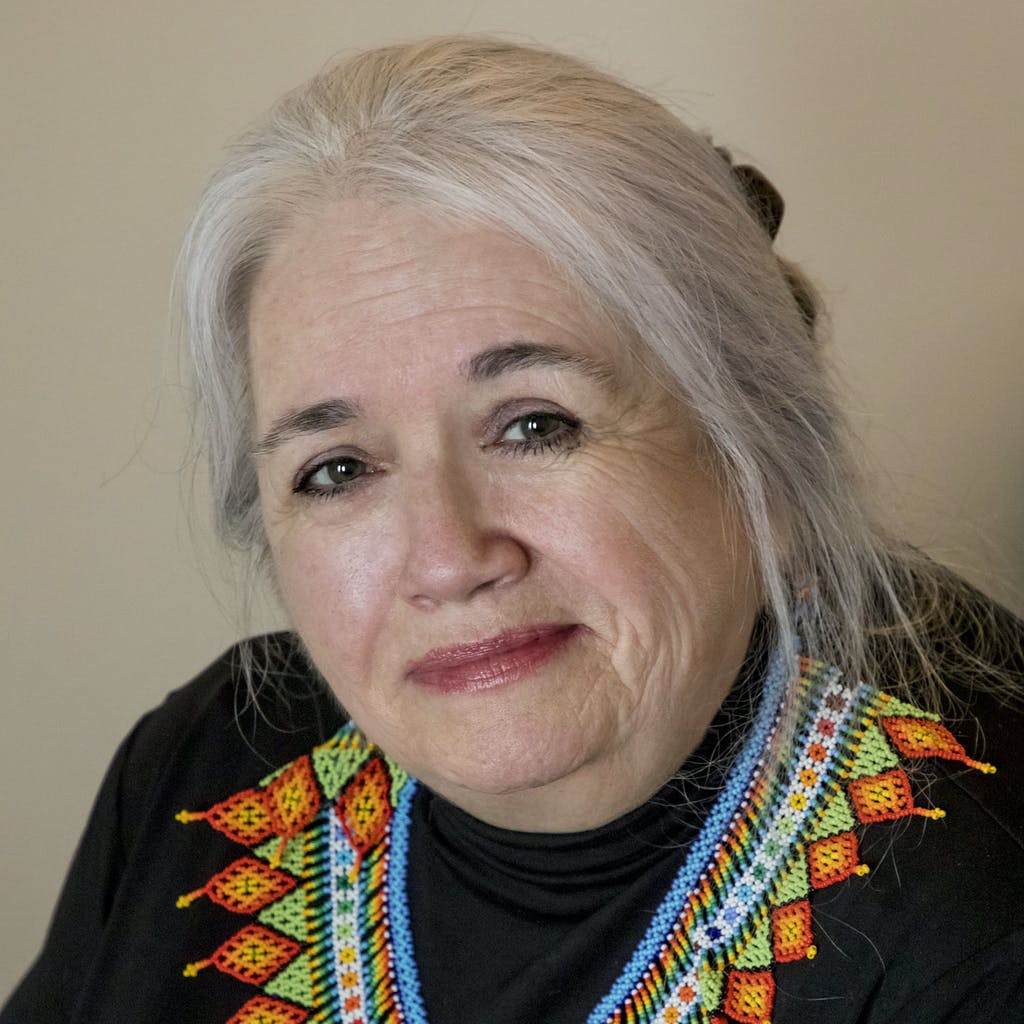 Michelle Good has won the Amazon Canada First Novel Award for Five Little Indians (Harper Perennial/HarperCollins). The winner of the $60,000 prize was announced in a virtual event hosted by Jennifer Hollett, executive director of The Walrus.

The novel tells the story of five residential school survivors, and how that legacy shadows them throughout their lives. Good called on Canadians to remember this dark chapter in the country’s history. “We can not ever forget it happened, just like we can never forget the Holocaust, we can never forget 9/11,” she said in her acceptance speech.

The member of Saskatchewan’s Red Pheasant Cree Nation said she herself had to overcome her own experience in foster care to win the First Novel Award at the age of 64. “Not every voice that should be heard is in a position to be heard, and I am certainly one of those voices,” she said. “I was on my own from the time that I was 13 years old. I survived foster care, and it’s a miracle that I was able to continue living let alone thrive.”

By Good’s count, nine literary prizes have listed Five Little Indians as a finalist, including the Scotiabank Giller Prize, the Atwood Gibson Writers’ Trust Fiction Prize, and the Governor General’s Literary Award for Fiction. “It’s just stunning in a literal sense,” she told Q&Q. “I’m just sort of walking around pinching myself.”

The jury was composed of authors Michael Kaan, Kagiso Lesego Molope, Laurie Petrou, and Danny Ramadan. The finalists each receive $6,000.

The Youth Short Story award went to Rama Altaleb, 17, for her short story “Lost Childhood.” Altaleb will receive $5,000, a virtual mentorship with editors of The Walrus, and have her story published on The Walrus’s website later this year. Altaleb said that the prize has encouraged her to write her memoir. –with files from Cassandra Drudi