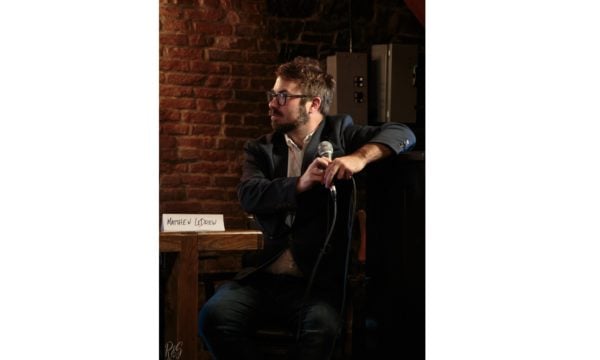 Engen Books has built a reputation for itself publishing horror, fantasy, and some science fiction from local authors such as Ali House and Brad Dunne. Co-founder Matthew LeDrew says he and his board of directors are now aiming beyond those genres. Nonfiction is a way for the press to showcase a variety of narratives about the province’s culture.

“We believe there are no limits on our province’s story – not the island, not the world, not the stars – and we’re looking forward to finding and sharing those narratives,” LeDrew says.

Last year Engen published its first nonfiction title, a reprint of the self-published I Am Funny Like That, crime thriller novelist Helen C. Escott’s memoir. In September 2021, a second memoir, Track Shoes & Shotguns, an account of outdoorsman Gord Follett’s 30-year career in the woods, was released.

It’s Just Politics by Sonia B. Glover, to be published in May, will be the third nonfiction title on Engen’s list. Glover tells the story of the notorious 2001 Liberal leadership contest in the province that saw Roger Grimes clinch victory and the position of premier by just 14 votes in the second ballot. The divisive campaign was filled with personal attacks and when it was announced that Grimes had won he was booed by his opponents’ supporters. Glover, who was the communications lead for one of the contenders, had a first-hand perspective on the situation.

Another nonfiction title – a queer history of Newfoundland and Labrador by Rhea Rollmann – is slated for publication later this year.

Emily Gushue, a Newfoundland and Labrador collections librarian in St. John’s, says Engen is an important outlet, particularly for genre writers in the province.

“We look forward to their new offerings and hope that this creates even more opportunities for writers in Newfoundland and Labrador,” she says.

When LeDrew launched Engen Books, the small press mostly published horror because that’s what he wrote. As more authors were added to the list and the company grew, they began to expand the genres they publish. The press has been funded by sales from its very beginning, which has meant the company has grown slowly and steadily.

Engen is distributed by St. John’s-based Downhome Distribution, which distributes books to a variety of retailers across the province, including convenience stores. Its titles can also be found in local Indigo stores, with online booksellers, as well as on Engen’s website. Locally, LeDrew also sets up a table to sell books at the St. John’s Farmers’ Market on the weekends.

Engen Books opens to submissions twice a year. “We’re really excited about the nonfiction line,” LeDrew says. “I think it’s going to be loads of fun and we’re getting some interesting submissions already.”