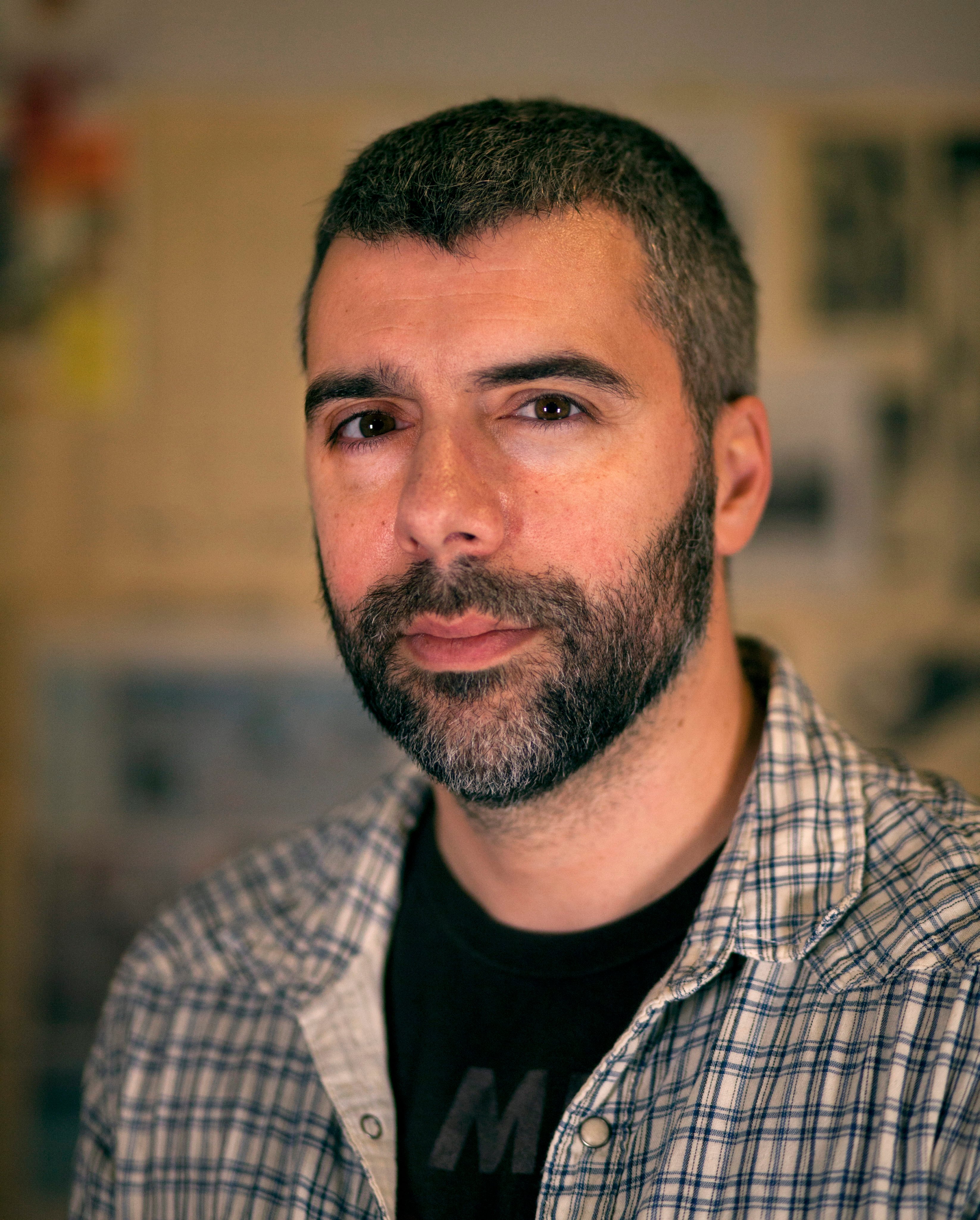 As part of an ongoing series, Q&Q is talking to people in the Canadian publishing industry about how physical distancing and the COVD-19 pandemic has affected how they approach their work. This week, Inhabit Media co-founder Neil Christopher shares his thoughts.

You traditionally alternate every two weeks between working in Toronto and working in Iqualuit. Have there been specific challenges you’ve encountered not being able to travel?
Yes, it’s very challenging. I’ve never been in one place so long since I graduated from university. It’s new for me to sit in one spot and to be away from the North.

We do have the two offices and we do have people spread out throughout Nunavut, so we are better versed than most at working remotely. Because many of the project members are in either Toronto, Iqaluit, or a community in Nunavut, we are very used to working on the phone or on things like Zoom. Of course it is a change. It’s just not as significant of a change as it would be for other companies.

We shifted our staff a little bit to do parent guides and stuff like that. A lot of the books that we were going to put out have been delayed. We aren’t going to be releasing a book during this time when our warehouses are deemed nonessential in Ontario. We don’t have access to our stock. Many of the bookstores that we see the most success in are closed right now.

What else are you shifting focus to?
It’s amazing how many people from Nunavut are accessing content on their phones. We are looking at [launching] mobile apps right now. We are probably two or three months away from that. For us it’s a story-reading app. Inhabit Education is doing language-learning apps.

Do you have other immediate concerns for the publishing industry?
One thing is Frankfurt 2020. We have been working on that for awhile. We were pretty excited to showcase Canada and Northern Canada to the world [Canada is the guest of honour at the annual book fair].

This isn’t on the level of people getting sick and dying, but on a business side that’s several years of investment. We’ve done scouting trips and everything to get ready. We’re really hoping that happens but I’ve got a sinking feeling that it’s not, or if it does happen it’s going to be a very compromised event. Very reduced. It’s just unfortunate timing.

The Department of Economic Development and Transportation was going to invest in Nunavut having a presence there because of the potential for tourism, but they are re-evaluating that because we don’t know what travel is going to be like after this.

Are you finding you are working more or less?
More I would say. I don’t know if we will be eligible for the wage subsidies. I didn’t anticipate subsidies so we were shifting to try to find some alternative revenue. It’s been some long nights trying to strategize or build proposals or make pitch documents, look at the staff and the skill sets we have, and how can we use them beneficially in this current situation. And on top of everything, having children at home and trying to take care of stuff, I would say it’s more challenging than normal.

Not to mention that we have to deal with our anxiety about the world on top of that.
Exactly. That’s something that I don’t always factor in, but it is exhausting. I find the anxiety just draining. How plugged in can you be? It just saps energy.