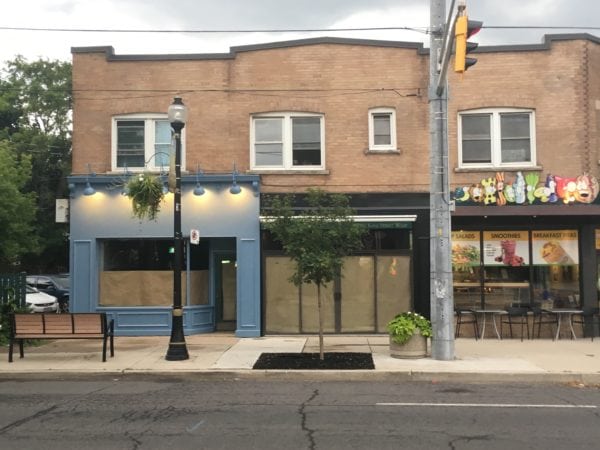 King W. Books, a new bookstore focused on art, design, and local titles, will open in Hamilton, Ontario, this September. The new shop will take over the former Bryan Prince Bookseller space, with the owners splitting the 1,560 square footage with their art shop Mixed Media. Bryan Prince closed in March after 29 years.

Mixed Media’s co-owners, married couple Dave Kuruc and Terésa Devries, felt a bookstore was an essential hub in the community of Westdale Village, where they are residents. “It comes with a lot of great energy,” Kuruc says of Bryan Prince, describing the floor-to-ceiling bookshelves and rolling ladders that lent the location its historic atmosphere. “But we have a very different idea of what we want to do in a bookstore so it’s going to be its own thing.”

Kuruc and Devries’ stock will lean towards specialty titles in art, design, craft, kids, and Canadian literature, with an emphasis on books about the area and by local authors. Kuruc and Devries found local titles sold well when they carried a small list at their original Mixed Media location on James St. in central Hamilton. Mixed Media and King W. Books will be separate spaces with individual storefronts but share a connecting interior doorway.

“I’ve hand-sold a lot of books out of Mixed Media just based on conversation,” Kuruc says, estimating they sold 200 copies of John Terpstra’s Falling Into Place, about the evolution of Hamilton’s physical and social geography, prompting his publisher, Gaspereau Press, to reprint the title more than once.

“We’ve had a lot of success selling local titles from folks like Wolsak & Wynn and Gaspereau Press,” Kuruc says. “We hope to spotlight those types of publishers in the new shop as well as bring in great art and design.

“We know there are going to be people who come in who might not find what they are looking for, but maybe they will find something else. For us we feel like when you walk into a bookstore you want to discover something.”