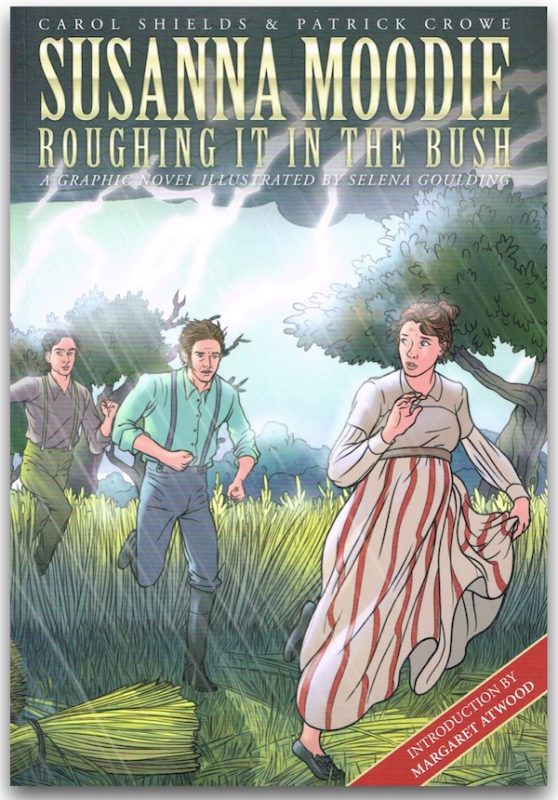 On. Sept. 18, after concerns were raised about a Second Story Press ESL teaching guide that includes racist language, the publisher was quick to pull the resource from its website and apologize for causing “hurt and offence.” But as of today the guide can still be found on the web.

The teacher’s guide, written by Helen Wolfe – an English, ESL, and history teacher with over 40 years experience – supports the 2016 graphic novel Susanna Moodie: Roughing it in the Bush, written by the late Carol Shields and filmmaker Patrick Crowe, with a foreword by Margaret Atwood. It presents Moodie, who was a Canadian settler and a literary pioneer, as both a controversial and fascinating figure.

Vancouver parent Shawna Davis voiced concern over Twitter regarding one of the exercises in the workbook, which her daughter was using in a Grade 9 humanities class. The exercise asked readers to translate or match up “politically incorrect” words that Moodie used in her 1852 book Roughing it in the Bush – including “squaw” and “darkie” – with “acceptable vocabulary we use today.”

Second Story publisher Margie Wolfe (whose sister wrote the guide) says going forward they “will re-evaluate the ESL teaching guides that deal with Indigenous stories and/or have Indigenous content. Our plan is to involve an Indigenous educator or consultant to do that work.”

While the graphic novel will remain in circulation, Margie says they’ve pulled the free download ESL guide off the Second Story website – along with “all guides that contain content relating to Indigenous history, peoples, and communities.” She also said they are “double-checking to make sure that any [other] links to the ESL teaching guide are removed.” But the workbook can easily be found at susannamoodie.com – a promotional site for the graphic novel, with a section for Ontario teachers using the book in their Grades 6, 7, and 8 classes.

UPDATE: Sept. 20, 12:30 p.m. – Second Story Press tweeted that they have contacted those who manage the Susanna Moodie website to remove the guide.

UPDATE: Sept 27, 12:14pm – The link to the teachers’ guide at susannamoodie.com has been removed.