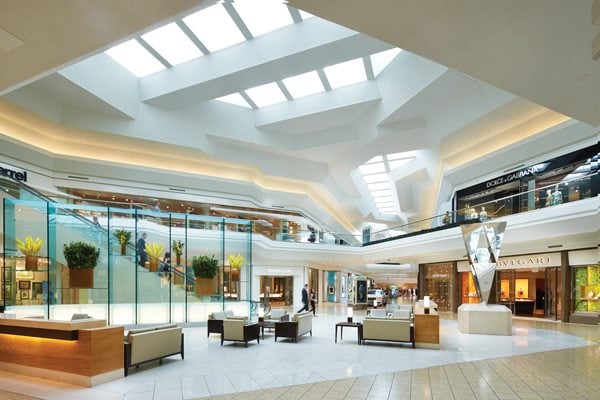 The Mall at Short Hills

Indigo Books and music is a retail behemoth, a household name in Canada. But as the bookseller plans to open a 30,000-square-foot “cultural department store” next summer inside the Mall at Short Hills – a luxury collection of stores in Short Hills, New Jersey – can it duplicate that success?

“If they were expanding as a pure bookstore, then they would struggle from the get-go,” says Neil Saunders, managing director of retail at New York–based research firm GlobalData. “However, the fact they also sell homewares and other products, and that those things are nicely curated and designed, gives them a chance.” But, he warns, “they are entering a very crowded market, and it’s critical they differentiate to stand out.”

As some chastened American retailers have learned after expanding into Canada (and vice versa), retailers that are highly successful in their home market have assumed “they have something unique to offer in a foreign market without properly understanding what is already available or what the customer wants,” says Saunders. “It is a very common pitfall.”

The Mall at Short Hills enjoys a wealthy clientele, with average regional household incomes of $200,000, offering established luxury brands like Bulgari, Hermes, Prada, and Ferragamo. “It’s the number-one luxury mall in New Jersey and one of the top in the U.S,” says Joan Verdon, retail reporter for The Record and NorthJersey.com. “They’re known for trying to bring in the first U.S. store for new brands, and Indigo fits that model. They’re trying to position themselves with stores that people haven’t heard of.” Verdon gives the example of the White Company, a British clothing retailer that recently opened in the mall. Indigo might enjoy “a little cachet because it’s a Canadian company,” she adds.

“We feel Indigo is bringing something unique,” says Jamie Cox, general manager of the Mall at Short Hills. “Our goal is to attract retailers that offer exceptional merchandise and experiences, so their brand will certainly resonate with consumers who are looking to explore and purchase something special.”

Saunders suggests that it is not a wise time to push the idea of a department store. “It carries too much baggage associated with down-at-heel, old-fashioned retailers like Sears and Macy’s,” he says. “This concept is different, so it is unwise to be associated too heavily with a sector that’s in terminal decline. They’re dealing with a public that’s jaded and skeptical about shopping.”

And is Indigo, with its café, stationery department, and other attractions, sufficiently different from its key American competitor, Barnes & Noble? Especially given that the 780-store retail chain has closed three in downtown Manhattan in the past five years. There is also the omnipresent threat of online giant Amazon and its brick-and-mortar expansion, which includes a New Jersey location.

“Although Amazon’s [physical] presence isn’t enormous, it is likely to grow, and it has an army of loyal customers who are connected to Amazon through its Prime membership scheme,” says Saunders. “In typical Amazon fashion, it also isn’t all that concerned about how profitable its shops are. As such, it could make for a fearsome competitor. Arguably, Indigo’s proposition is different and more rounded than that found in Amazon’s bookstores. But this underscores the need for it to showcase its expertise outside of books.”

Many American book buyers now prefer to shop local, and to support independent businesses, says Oren Teicher, CEO of the 2,300-member American Booksellers Association, based in White Plains, New York. “The popular presumption that the little guy is losing out to the big guys is not accurate. There are literally millions of American consumers choosing to buy from locally owned businesses because it is a locally owned business.”

As a major retailer operating within a luxury mall, creating powerful local connections by featuring regional authors will be key to Indigo’s success, Teicher says. Another challenge will be ensuring the store is sufficiently staffed by knowledgeable sales associates, most of whom typically earn meager hourly retail wages. The larger the store – and especially one serving affluent and demanding customers – the more staff they’ll need, boosting labour costs. And key in the U.S. where affordable health insurance is essential, few big-box retailers offer that added benefit as an inducement.

“Indigo is going to have to work very hard to stand out,” says Saunders. “Is it a bookstore, a homewares store, a department store, a gift shop? If it is a bookshop foremost, it runs the risk of a lack of interest. If it’s a department store, there are negative connotations. It’s important to determine how they want to be seen as in the minds of consumers. A lack of clarity can be very destructive.”