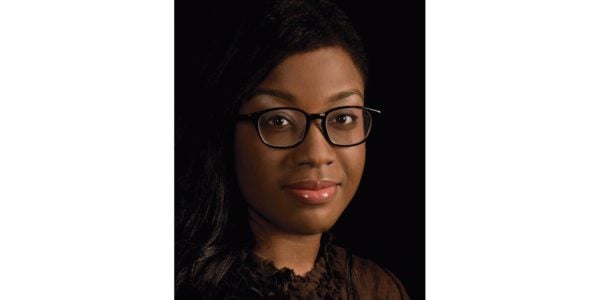 Come around the campfire and let me tell you the tragic tale of what befell #OwnVoices.

In 2014, Asian-American authors Ellen Oh and Malinda Lo started the diversity campaign #WeNeedDiverseBooks. There were way too many pretty white girls in dresses on book covers, and in the words of the immortal vampire/late pop singer Aaliyah, we need(ed) a resolution. Originally, #WeNeedDiverseBooks focused on the types of stories being published. Then we were confronted with a realization: cishet, white authors could publish books featuring a group of characters from various ethnicities and be applauded for their attentiveness to inclusion. Meanwhile, marginalized authors would continue to weep into their unpublished manuscripts. That’s why a year later, author Corinne Duyvis began #OwnVoices to promote marginalized authors who were often incorporating their own realities into their books.

In the dark days of YA (post-Twilight), I’d see the dystopian, paranormal, or contemporary genres mentioned in interviews as the hot trends of the year. Then, toward the end of the 2010s, all I would see was #OwnVoices. No matter how often interviewees would insist #OwnVoices was not a trend and should not be regarded as such, a lot of us canaries could smell the gas and see the mine’s support beams starting to crumble.

Crumble they did. On June 6, 2021, We Need Diverse Books, a non-profit organization that’s dedicated to diversity in children’s publishing, officially announced it was permanently abandoning #OwnVoices: “Moving forward, WNDB will use specific descriptions that authors use for themselves and their characters.”

If you were a “diverse” author (what does that even mean?), you had to write books that ticked off a certain set of boxes so the industry could push your work as an #OwnVoices book, which would then be sold to certain people in certain ways.

I can imagine folks at a meeting going, “Angie Thomas made YA books about Black people acceptable to children’s publishing! Alright, now we’ll only publish Black contemporary authors who write about police brutality, incarceration, and other social justice issues!” On the fantasy front, publishers seeking work from writers of African backgrounds only wanted to see Afrocentric fantasy novels that perfectly encapsulated the writer’s African culture, which they must be 100 per cent connected with and knowledgeable about. The writing had to possess what white publishers viewed as authentic Blackness.

Not to mention that authors had to present themselves online as the perfect examples of LGBTQ-ness or BIPOC-ness, staying up-to-date with trending social issues, angrily tweeting about society even if it made their nose bleed and heart hurt because the person doesn’t matter – the label assigned does.

Speaking of the labels we’re given, it’s funny how the online world mirrors offline life and history. Just like certain identities have been constructed and cemented by powerful entities, so too was #OwnVoices used to produce corporate identities the publishing industry expected authors to inhabit. And sadly some continue to play these roles a little too well, attacking and shunning authors who fail their label purity test. “Sorry, you can’t sit with us. You and your books aren’t the right kind of diverse.”

Meanwhile, certain white, cishet, able-bodied authors misused and abused #OwnVoices because they believed it would help their publishing chances to pretend to be marginalized.

The point of We Need Diverse Books and #OwnVoices was very clear: publish, promote, and market authors of all backgrounds. Do not discriminate. Stop hierarchizing. Publishers don’t need a hashtag to figure out how to do that. They just need the willingness.

Sarah Raughley is the Black-Canadian author of the YA fantasy trilogy The Effigies Series, as well as The Bones of Ruin, out now. And hey, she has a PhD in English too.