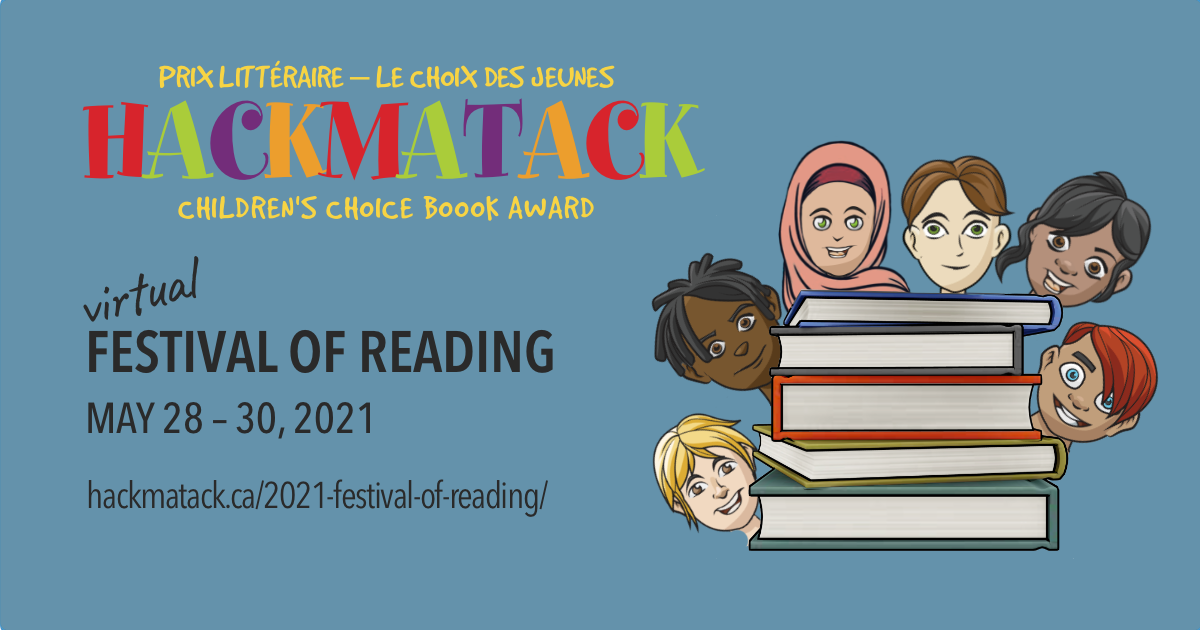 In the Atlantic provinces, it’s a spring tradition for thousands of students in Grades 4 through 6 to binge-read books in preparation to vote for the Hackmatack Children’s Choice Book Award. This year, with school disrupted in parts of the region, especially Nova Scotia, because of the pandemic, the annual read-a-thon was always going to look a little different, with authors swapping school visits for video drop-ins and reading clubs struggling to get off the ground in virtual classrooms.

So coordinator Stacey Cornelius decided, instead of a little different, why not make this year a lot different? For the first time since it launched 22 years ago, Hackmatack is expanding into a virtual festival. In addition to the annual book awards, which are voted on by students in English fiction, English non-fiction, French fiction, and French non-fiction categories, Hackmatack is presenting a three-day festival with programming for parents, educators, authors, and kids.

The festival, to be held May 28 to 30, will be accessible from anywhere. “Hackmatack is a pretty well kept secret because it is primarily in schools and libraries and it’s based in Atlantic Canada,” Cornelius says. “We’re looking forward to seeing if we can get people outside our borders interested.”

The new program was launched after the Hackmatack selection committee noticed a lack of books by racialized authors being published for the middle-grade audience they program for. “The selection committee said that they were seeing titles for younger readers and older readers, and there appears to be a gap in our Grade 4 to 6 age range,” Cornelius says.

“We’re frustrated by the lack of diversity on our shortlist and it’s been an ongoing problem. We got tired of waiting. So what could we do to find BIPOC authors to introduce to our audience?”

Though the pandemic forced Hackmatack to get creative, Cornelius hopes to continue the lessons they’ve learned well into the future. “Going forward, we’d like to have a hybrid of in-person and virtual events so that people can meet in person, but anyone who is interested and can’t physically travel can still participate,” she says.