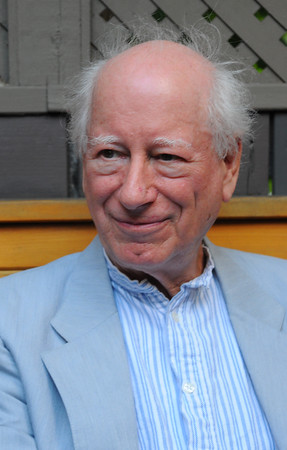 Howard Engel, the author of the beloved Benny Cooperman series of mysteries, has died at the age of 88. Engel’s death, from pneumonia, was confirmed by his longtime agent, Beverly Slopen.

Born in 1931 in the Ontario city of St. Catharines, Engel worked as a producer at the CBC before publishing the first of the Cooperman mysteries, The Suicide Murders, in 1980. “No crime fiction novel had ever been set in Canada with a Canadian hero before Howard did it,” wrote Cynthia Good in 2010 on the occasion of his being presented the Jewish Book Award for Lifetime Achievement. East of Suez, the 14th Cooperman mystery, was published in 2008. Engel’s final novel, the historical fiction City of Fallen Angels, appeared in 2014.

In addition to his Cooperman mysteries, Engel also wrote fiction and non-fiction, including a memoir, The Man Who Forgot How to Read, detailing his experience suffering alexia sine agraphia, a neurological condition that robbed him of the ability to read while retaining the ability to write.

Engel was the recipient of the Arthur Ellis Award and the Derrick Murdoch Award, and was the first crime writer to receive the Writers’ Trust of Canada Matt Cohen Award. In 2007, he was invested into the Order of Canada. He was also the recipient of the Grand Master Award from the Crime Writers of Canada, an organization he founded.

Q&Q will have more on the life and legacy of Howard Engel in coming days.