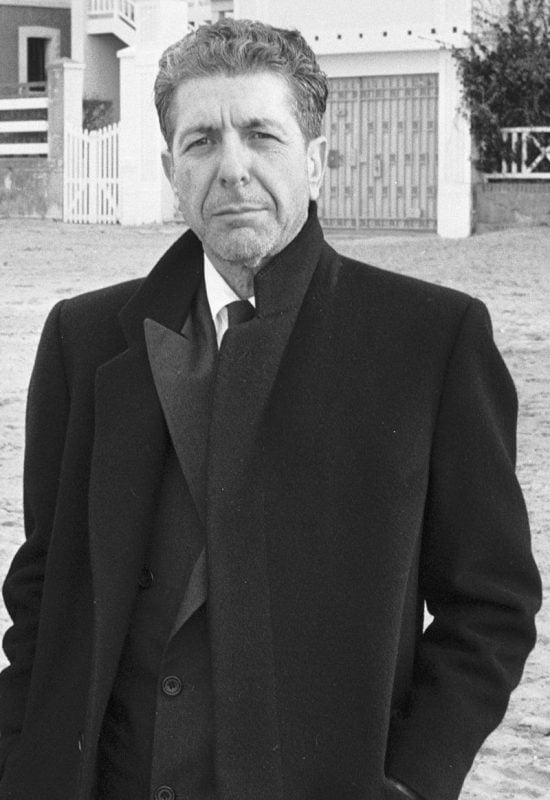 Three years ago, John Zeppetelli, curator of Montreal’s Musée d’art contemporain, thought the gallery might celebrate Montreal’s 375th anniversary with a show about the city’s greatest ambassadors. But one icon emerged as most powerfully connected to the city: Leonard Cohen.

Cohen approved the exhibition before his death last fall, and Zeppetelli, together with co-curator Victor Shiffman, commissioned contemporary artists and filmmakers to create new works inspired by Cohen’s novels, poetry, songwriting, and life.

Une brèche en toute chose/A Crack in Everything, which opened Nov. 9, features 20 works by 40 artists from around the world, including a daily performance by dancer Clara Furey and a 19-channel video installation by Candace Breitz. Opening celebrations included a tribute concert organized by Adam Cohen, with Sting, Elvis Costello, Lana Del Rey, Courtney Love, Damien Rice, and Ron Sexsmith, among others. The gallery is also hosting a series of five concerts, each a performance of an entire Cohen album performed by guest musicians. The exhibition runs until April 9, 2018.

Quill & Quire spoke to Zeppetelli about why Leonard Cohen’s work remains so meaningful to so many.

How do you feel to have your vision for this exhibition finally realized?

It’s been an extremely emotional and important moment for the museum. We really feel like the whole city is behind us. The response has been overwhelmingly positive. People are moved to tears. Lorca Cohen, who came to the show unannounced, had to leave, because she found it too powerful. She felt her father was present in every single room. It seems like it’s going to be a really powerful experience for many people.

How did Cohen manage to transcend the boundaries of literary works and songwriting to impact so many people?

Cohen was such a special force: a supremely nuanced human being with a beautiful precision of language, and a perfect balance between mystery and something much more accessible. Everybody’s responding to that. I just think he was so omnipresent. He’s been present in culture for five decades and he had such an iconic presence. Even though he was never a major star, everyone knew who he was because he occupied such a particular place. Nobody was like Leonard Cohen. I think anybody who is even mildly sensitive or sentient for that matter will respond to Leonard.

What made you think Cohen’s words would translate into art works and installations?

He did a lot of visual art himself. We have his self-portraits on view. And the artists used ideas from Leonard’s output and brought their own conceptual processes to the work. Janet Cardiff and George Bures Miller produced this gorgeous organ they programmed so when you touch a key it summons a Cohen poem from Book of Longing, or if you play a chord it’s a massive cacophony. There are 30 speakers around the room that trigger this massive sound wall of 10 Cohen recitals of 10 different poems. It’s a magical poetry machine that invites you to listen to his poetry differently.

As is the case with Jenny Holzer. She projects writings on important iconic public buildings in urban environments or even in the natural realm, but what she does is reveal new aspects of the poetry. She doesn’t punctuate, she doesn’t necessarily respect the line breaks because they need to align with her projection system. In our case the projections are on Silo No. 5, which is a massive industrial grain silo in the Old Port. They’re massive projections of Cohen poems silently scrolling. It’s really quite moving.

Do you see any major themes emerging in the exhibition, or is everyone taking a different perspective?

Everyone is taking a different perspective. What does emerge is a sense of intimacy, and that’s Leonard. Leonard is present in spirit, and his voice is present throughout, haunting every space. What emerges is the elegance and beauty and precision of his language, the lovely melodies he was able to write. He’s very lighthearted as well. He’s wry and gently ironic, but he’s also extremely serious. He is never banal. There’s always a richness of thought and that emerges everywhere. He wants to make a contribution, he wants to mark his passage in this world.

What do you hope people will take away from visiting this exhibition?

I would like to move people because they’ve had both an emotional and intellectual experience. They come into contact with one of our great thinkers, one of our great poets, somebody who has offered the world this beautiful model from which to understand this experience. I really feel people will come away with a renewed appreciation for the vast achievement that was Leonard Cohen’s writing and his music.