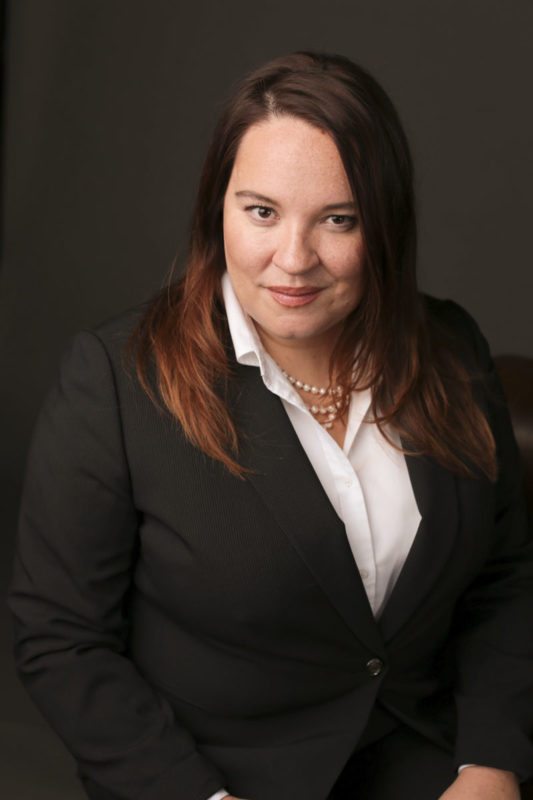 Vancouver criminal defence lawyer Lisa Jean Helps had been watching closely as the #MeToo movement hit the Canadian writing community with high-profile cases like Concordia University’s investigation into sexual misconduct in its creative-writing program. Helps also observed some people on Twitter expressing concerns and fear of legal action if they were to say anything publicly about any alleged assaulters within the publishing or academic worlds.

Helps was not looking for new clients; she had a personal reason to follow what is happening within CanLit. Before being called to the bar in 2004 and starting her own firm, Helps Law Corporation, she received her undergraduate degree in creative writing from the University of British Columbia. And so Helps offered on Twitter to do 30-minute pro bono consultations for anyone who has received a cease and desist letter related to speaking up about an assault, or who believes they may receive a letter. Although Helps Law Corporation generally does not do consultations out of office or by email, Helps is making an exception, and encourages those who are concerned to contact info@helpslaw.com.

Helps spoke to Q&Q about the basics of Canadian defamation law.

What are some of the biggest misconceptions about cease and desist that you’re hearing?
People tend to believe the American standard is the one that prevails, and that as long as they’re telling the truth or “their truth” they’re not going to have to worry about a lawsuit. Unfortunately in Canada, that’s not the case. The onus will be on them to prove that what they’re saying is true.

How would someone go about proving what they’re saying is true?
A lawsuit would be launched and it would go to trial, which often can be expensive and difficult, and take awhile.

If someone were to receive a letter to take down a tweet or Facebook post, what should they do?
The problem is that people write these cease and desist letters when they feel like they’re in a position of power and the other person is not. Whoever is getting these letters has to do a real risk assessment. What is it they’re willing to lose or what is the principle behind what they have posted?

What I mean by that is, hypothetically, if I post that one of my professors – and I named them – sexually assaulted me by forcing himself on me in my apartment when I was 21, then that may be something worth defending, and there may be assistance available in terms of legal assistance. But the problem is that if I make it about rumours or gossip, or if I am doing on behalf of someone else, or if it’s something that is not 100 per cent factually accurate – even though it feels so – those are the kind of tweets you might want to consider taking down. Or if you don’t have the assets to defend yourself in a court case.

Frustration has been expressed toward the media for certain cases where the names of the accused have not been released. Why does this take time?
The problem is the media is going to have a harder time proving it, especially if victims are unwilling to come forward for whatever reason. That is the biggest problem. They’re a third party that needs to protect their sources, but they need to be able to go into court and prove that their story is true.

Hypothetically, let’s say there’s something in a newspaper that says a university professor who taught Poetry 110 has been a subject of a whisper network for years. Well, considering there are 20 professors that taught Poetry 110 for the last decade, if you are the subject of that article and you’re not named, you’re less likely to file a suit and come forward and say “that’s about me” than you would if “professor John Smith” was named. John Smith is more likely to come out and show how this has damaged his reputation, as compared to an unnamed poetry professor.

Let’s say there is a secret list of sexual offenders being passed around. Could someone be sued for initiating or owning that list, if caught?
Anyone can be sued for anything. There is no gatekeeper. If you have the $200 filing fee and the court documents are in the right order, they’ll accept them and start the file. A tactic is often to open the file and see what shakes out. But defamation and publication is far wider than people think it is.

Defamation is the triangle that branches off into libel, which is print, and slander, which are statements. A private conversation – if it demeans the reputation of the person who is being talked about – can be the subject of a slander suit. A private email conversation can be the subject of a defamation suit, if the person can show it damaged their reputation in some way. It is big and it’s scary. It’s a way for people to use the system as a bully tactic.

Are there expectations of privacy for email or social media?
No, you have to assume everything is public. Expectations for privacy are when the state is looking into your affairs.

This is part of the problem with how the law and society interact right now. If you write something on your Facebook wall, even if it’s locked to your friends and they pass it around, you’re still responsible for that statement.

Are there any other misconceptions you’ve witnessed?
People do not appear to know – unlike the United States, this is one area where we’re better – there is no statute of limitations on civil cases for sexual assault or abuse, or harassment. There is no time limit. If you were sexually assaulted in 1998, there are lots of resources to help you file a lawsuit, if that’s something you want to do. Also there is no time limit for police action, unlike the U.S. We have historical sex cases that go to court all the time. It’s not going to be easy, but it’s definitely something that in some cases is worthwhile for people just to feel that they’ve been heard. It’s an incredibly important thing that women know they can come forward at any time.

If you are thinking about criminal charges, what should you do?
Go talk to your lawyer, talk to a counsellor, talk to someone, but don’t make a statement about what happened in the media. Do not talk to anyone else who could be a complainant. Except to say, “ I am bringing charges against whomever, if this is something that affects you, you should also go to the police.” You must preserve the integrity of your own story, and not be influenced by others.