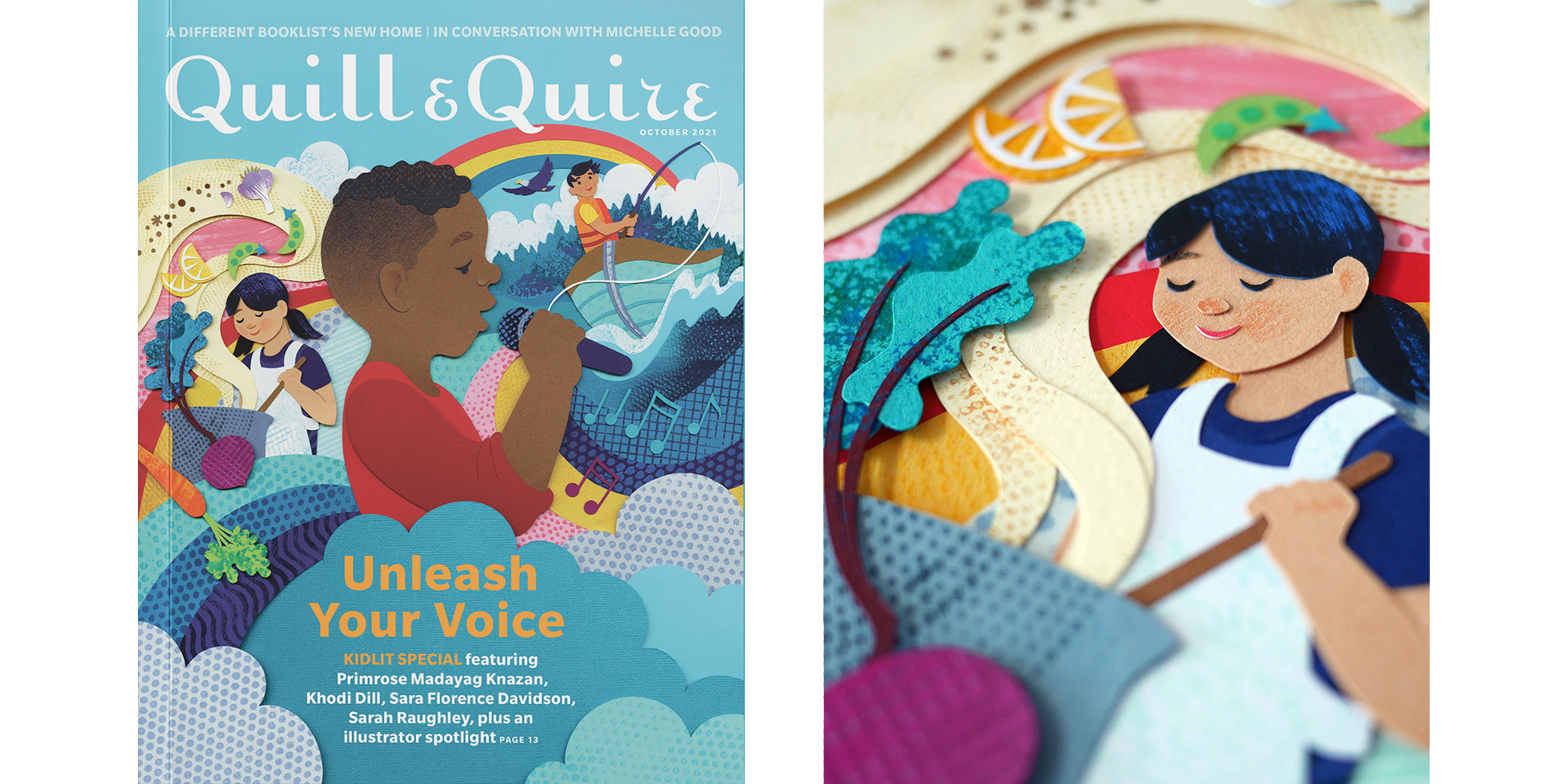 The cover of the October 2021 issue of Quill & Quire has won an award of merit from the Society of Publications Designers.

The cover image, which was created in cut-paper collage by illustrator Ashley Barron to capture the kidlit special issue’s theme, “Unleash your voice,” was named a merit winner in the SPD 57, the society’s 57th annual awards.

Barron said she wanted the cover “to have a lot of movement, to convey that flow state we all get when we’re fully absorbed in an activity.”

Books for Young People editor Inderjit Deogun says the theme of the issue – and cover – was inspired by the featured authors and illustrators, who each spoke so passionately about the medium where they feel most at home.

“Adrian Doran, our art director, put together a number of samples, and Ashley Barron’s work was among them,” Deogun says. “The dimension and energy of her cut-paper collage style immediately caught my eye. I had never seen anything like it before. I’m so grateful she accepted the assignment because the final product is spectacular.”