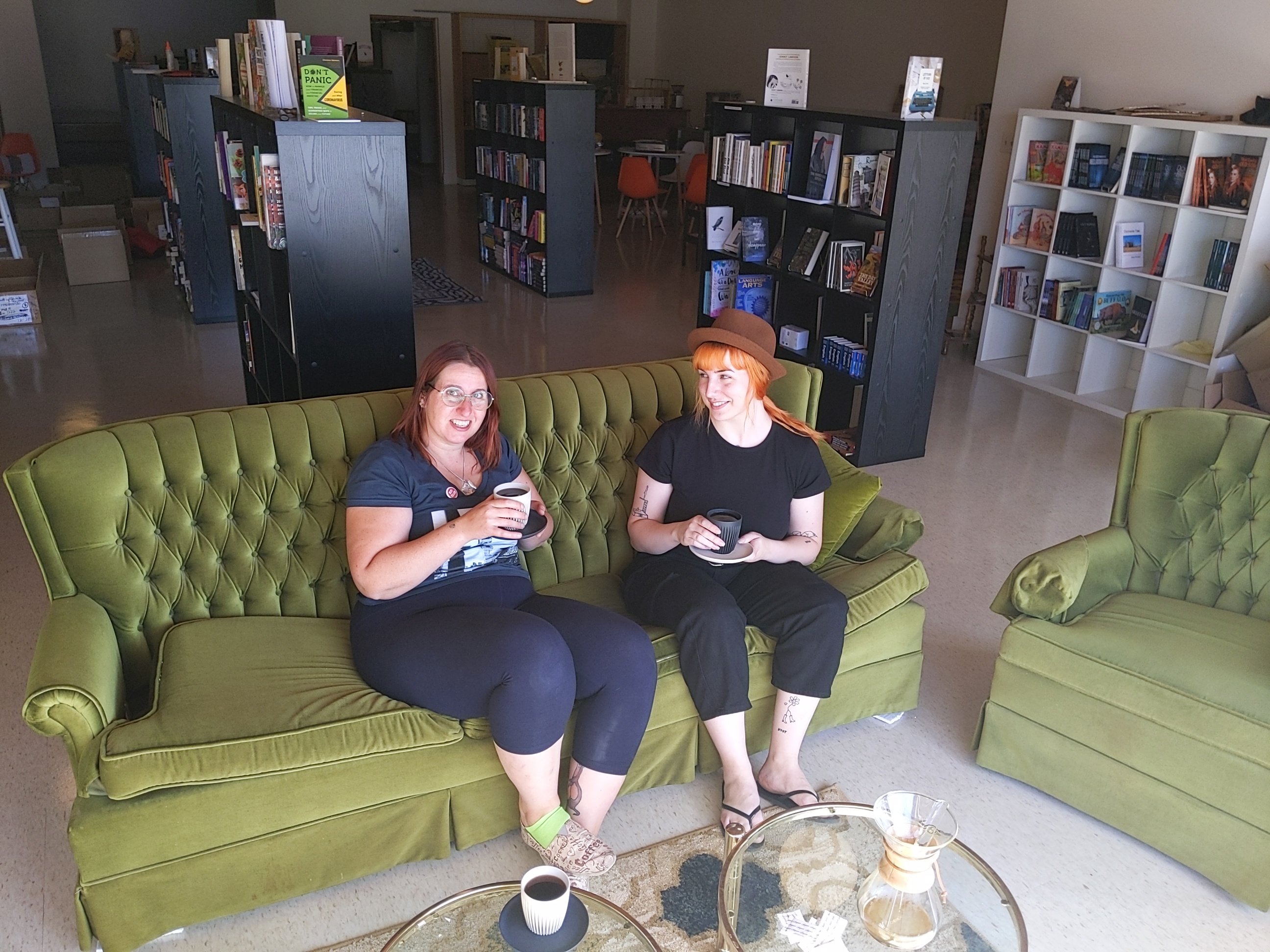 Annabel Townsend has felt an excitement surrounding the opening of her new shop The Penny University Bookstore. The indie, housed in a charming mid-century storefront, opened in Regina on Sept. 12, marking the first time in a decade that the Prairie city has had an independent general-interest bookstore. It joins antiquarian bookstore Spafford Books, used bookstore Centennial Books, metaphysical and spiritual bookstore Aware House Books, Christian bookstores Burns-Hanley and Pass the Word, and alternative bookstore Turn the Tide.

The store was filled to its COVID-restricted capacity on its opening day, with the city’s literary set snapping up local authors and non-fiction. Townsend, who is also author of the memoir It Seemed Like A Good Idea at the Time: 10 Years of Misadventures in Coffee (Pottersfield Press), spoke to Q&Q about her new endeavour. 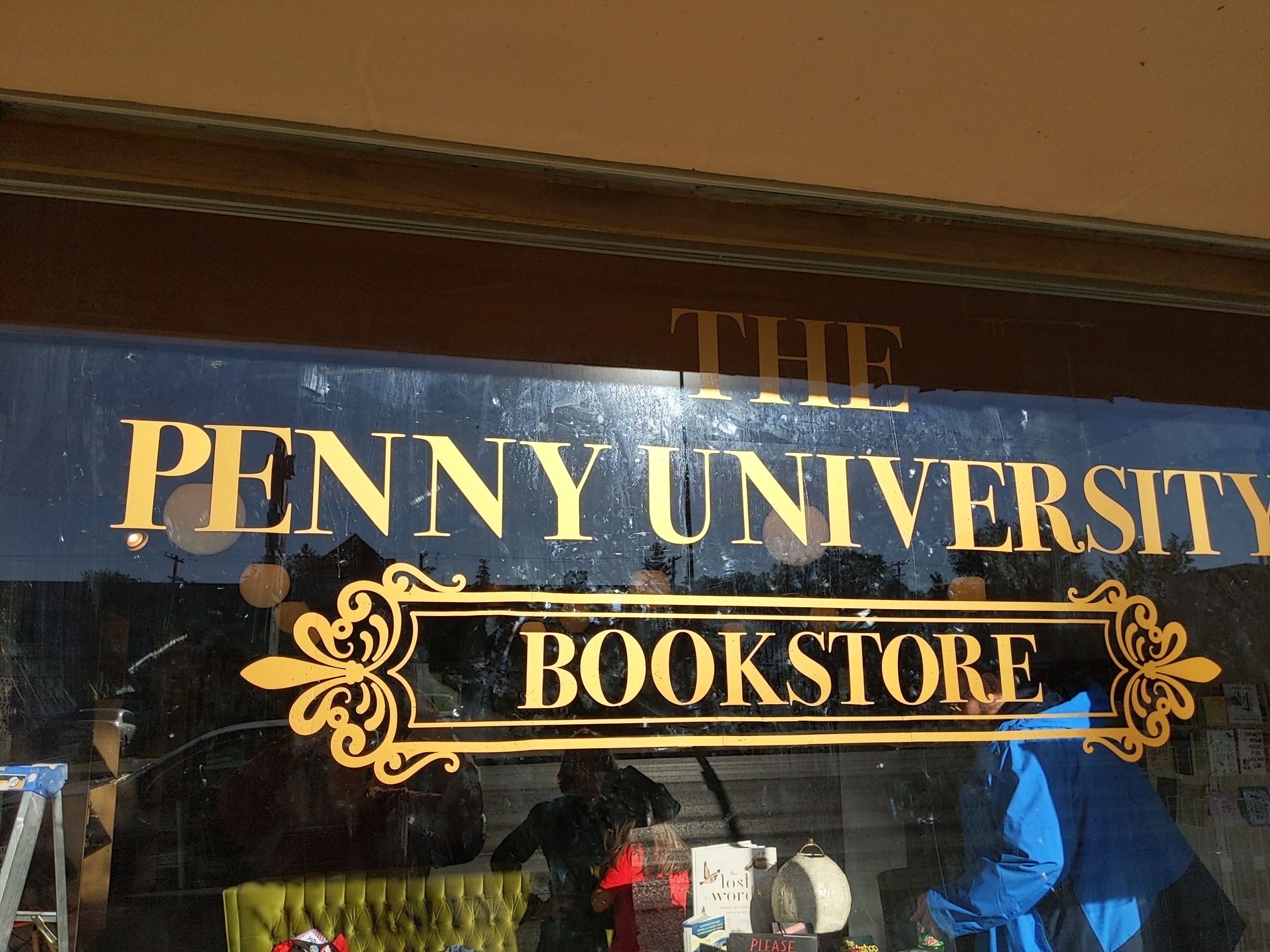 How would you describe the look of the space?
Well, Regina is a strange place. It feels like there’re lots of odd buildings but you need to know where they are. This place used to be a print shop. When I first found the building it was filled with old photocopiers and you could barely get in the door. It slowly transformed. I still have an old paper-cutter and binder that is so heavy I can’t move it. I am going to turn it into elaborate shelving at some point.

What inspired you to bring an independent bookstore to Regina?
I accidentally acquired a tiny bookstore. I was doing coffee up at Centennial Market in Regina and I met a couple who were doing bargain books. I ended up buying it off them and doing books and coffee up there. I had 81 square feet of space, so I rapidly outgrew it and decided to take the plunge and do a proper brick-and-mortar store of my own. I signed the lease, and then the pandemic hit, so I have been sitting on all those books for the past six months. 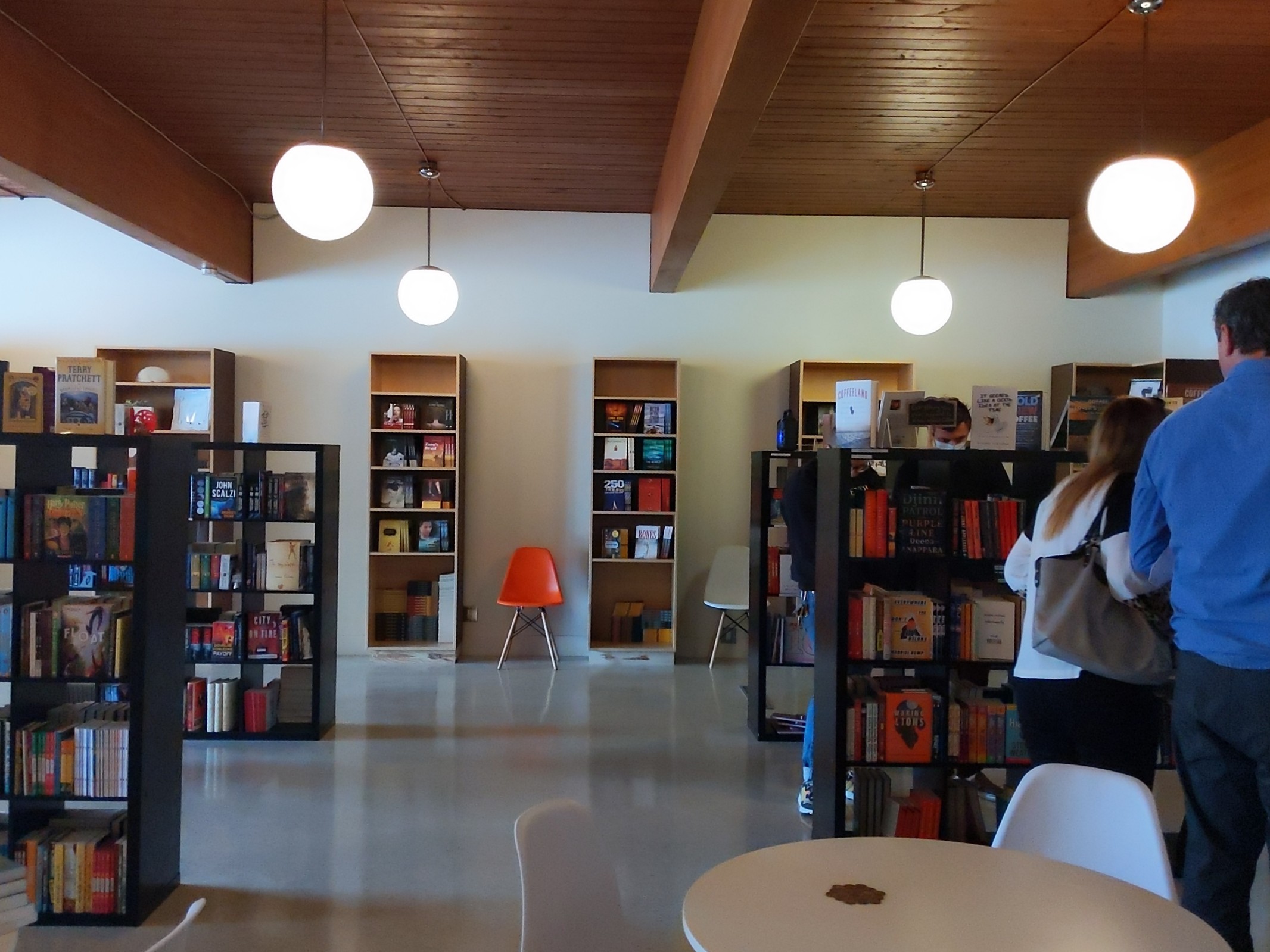 What was it like, opening a business that you then can’t run because of the pandemic?
I “pivoted,” I believe that’s the business term, isn’t it? I literally signed the lease on the building on the 11th of March and then they declared the pandemic on the 13th. I have astounding timing. Fortunately, the landlady was very understanding and she wasn’t charging me rent for that six months.

I thought a good way to get people interested in the venture was to start sending out the books that I’d already ordered. I did these “books and beans” subscriptions. People told me what sorts of things they liked to read and I packaged them up with a bag of coffee beans and sent it out every month. It was nice to curate things that people would like. Especially in April, we had the big lockdown in Saskatchewan, and people were sitting at home reading.

When you were doing themed packages of books and coffee, how did you get the word out about that?
There was a Facebook group called I Support Local Business Regina. I did all the deliveries for these things as well. I noticed that neighbours seemed to be talking to each other, because I would deliver one thing to a certain area and then I would get another order from someone down the same street. I wouldn’t have been able to pay downtown rents with it, but it certainly kept me busy enough over the summer.

What were themes that you organized those packages around?
I had a box on the website that said, “What do you like to read?” Some people just said fiction, which didn’t give me a lot to work with. Some people were hyper-specific. The weirdest one I got was someone bought a gift for their wife, who studies 19th-century commerce, and did I have any books on this? Another wanted a history of Canadian theatre and playwriting. Some of them I really had to dig to find something suitable. 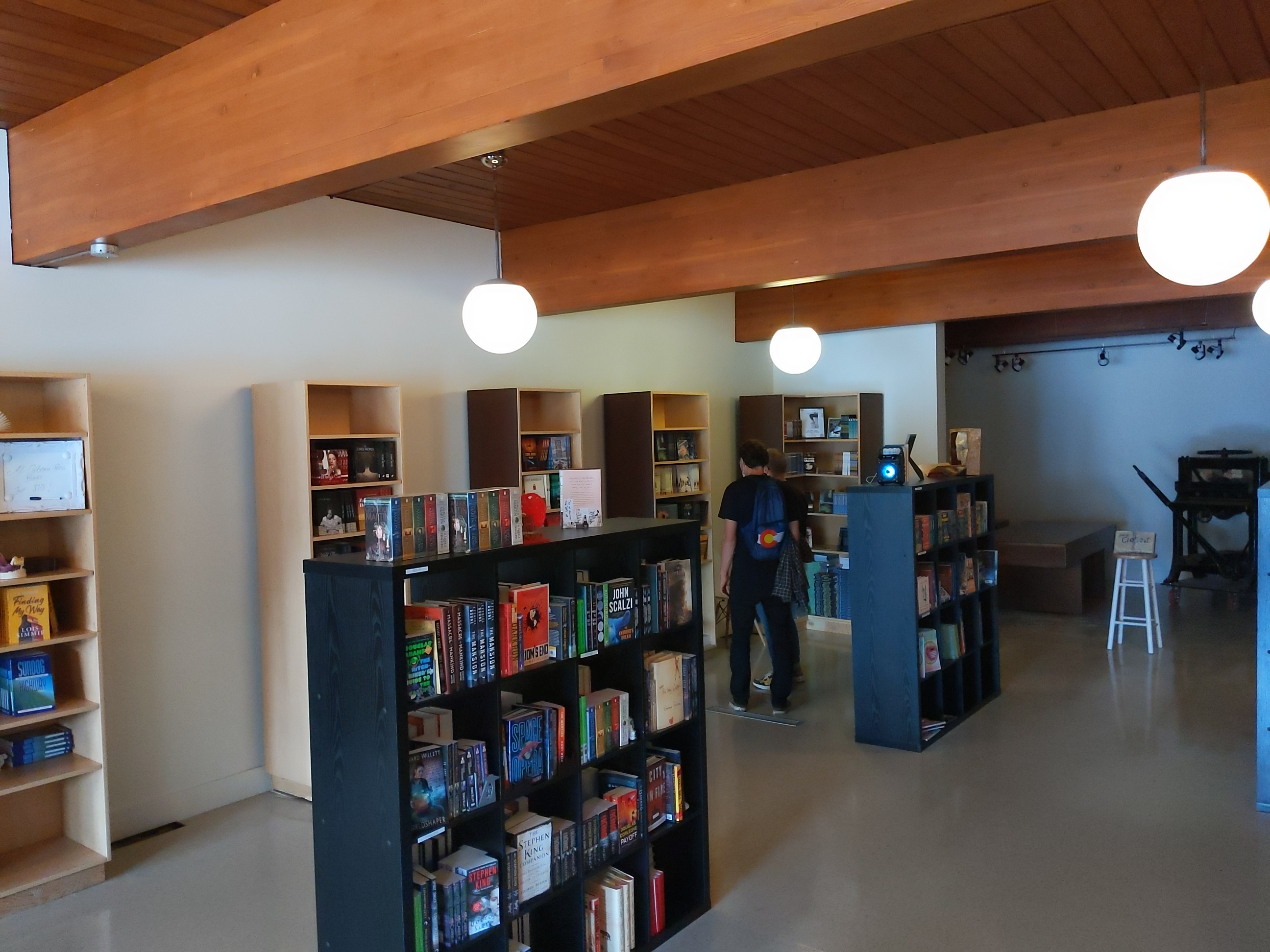 What kind of local content do you have?
[Coteau Books] went under just before the pandemic hit. The trustees said they were auctioning off their old stock and I managed to pick up a lot of their titles at auction. You had to buy them by the box, so I have 50 copies of the same thing.

Several people came and said, “Will you sell my book?” At the risk of getting completely overwhelmed by trying to work out individual royalties to individual people, instead of taking consignment fees on the books, I am renting people shelves, and they pay me monthly for the shelf and keep 100 per cent of their sales. I’ve got 12 out of 16 filled so far.

What are some specific local titles that you would recommend?
I have a children’s book called Hambone: Why Pigs Have Curly Tails. The author is Jackie Armason, she published her first book at 87 years old. She is in the seniors’ home up the road from here. She is coming in to sign some copies.

Sept. 21: This post has been updated to include Regina’s independent specialty bookshops.