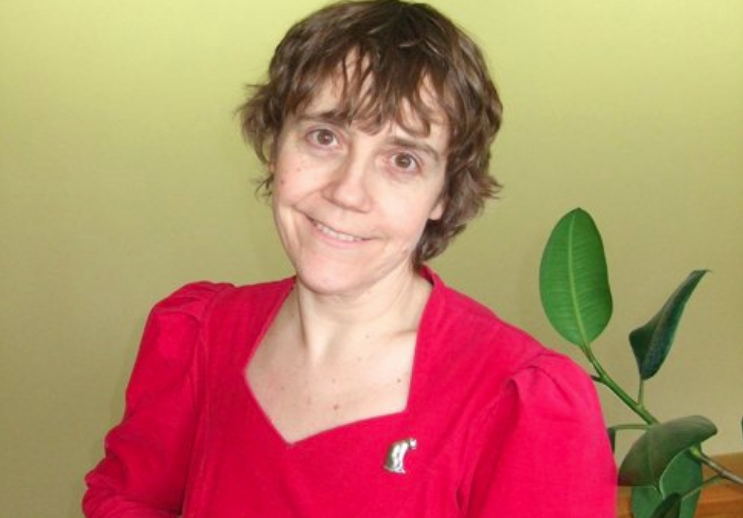 Katherine Barber, editor-in-chief of The Canadian Oxford Dictionary, died in Toronto on April 24 at the age of 61. Barber led Oxford University Press Canada’s dictionary division from 1991 through 2008, publishing two editions of The Canadian Oxford Dictionary. According to her obituary, “Katherine was diagnosed with a particularly virulent and rapid form of brain cancer that took her life a mere two weeks after its diagnosis.”

The Canadian Oxford Dictionary was a bestseller upon its release in 1998, introducing more than 2,200 Canadian definitions for words such as toque, double-double, and English muffin. Barber emerged as a media personality through her Word Lady segments on CBC Radio 1 and national speaking engagements. She also wrote books about language, including Six Words You Never Knew Had Something To Do With Pigs: and Other Fascinating Facts about the Language from Canada’s Word Lady (2007) and Only in Canada You Say: A Treasury of Canadian Language (2008).

Heather Fitzgerald, who worked as an editor at the C.O.D. with Barber, held a special reverence for the lexicographer. “When I started in the role, I was proud of, and probably often smug about, my knowledge of English and its various rules,” she says by email from Emily Carr University of Art + Design, where she is the writing centre coordinator. “To me at that time, Katherine Barber was a goddess, or at the very least a high priestess in the religion of language. She knew so much about language usage and its history that every day was an opportunity to learn something about this language that I thought I knew so well.

“What I learned above all else is that English as we know it does not belong to me or the people like me who know the rules or speak and write ‘proper English.’ The people who shape our Canadian English language are the people who speak it, and that is all of us. Language, I learned from Katherine, is inherently democratic.”

Her nephew Mike Barber paid poignant tribute to her on Twitter. “Cancer is brutal in so many ways but my family and I take deep comfort in having spent time with her in her final days under the compassionate and expert supervision of medical teams at Sunnybrook, Mt. Sinai, Princess Margaret, and especially the palliative team at Bridgepoint,” he wrote. “She was certainly never one to wallow in pity, even in her hardest hours, maintaining strength of mind and spirit into her final days. She expressed profound satisfaction at having contributed to the cultural life of this country, having literally defined the language we speak.”

Her funeral will be held at 11 a.m. on May 4 in Toronto. Due to capacity restrictions, in-person attendance will be limited to immediate family, but the funeral will also be livestreamed. Donations in Barber’s name can be made to the National Ballet of Canada, St. Thomas’s Anglican Church in Toronto, or the Canadian Cancer Society.