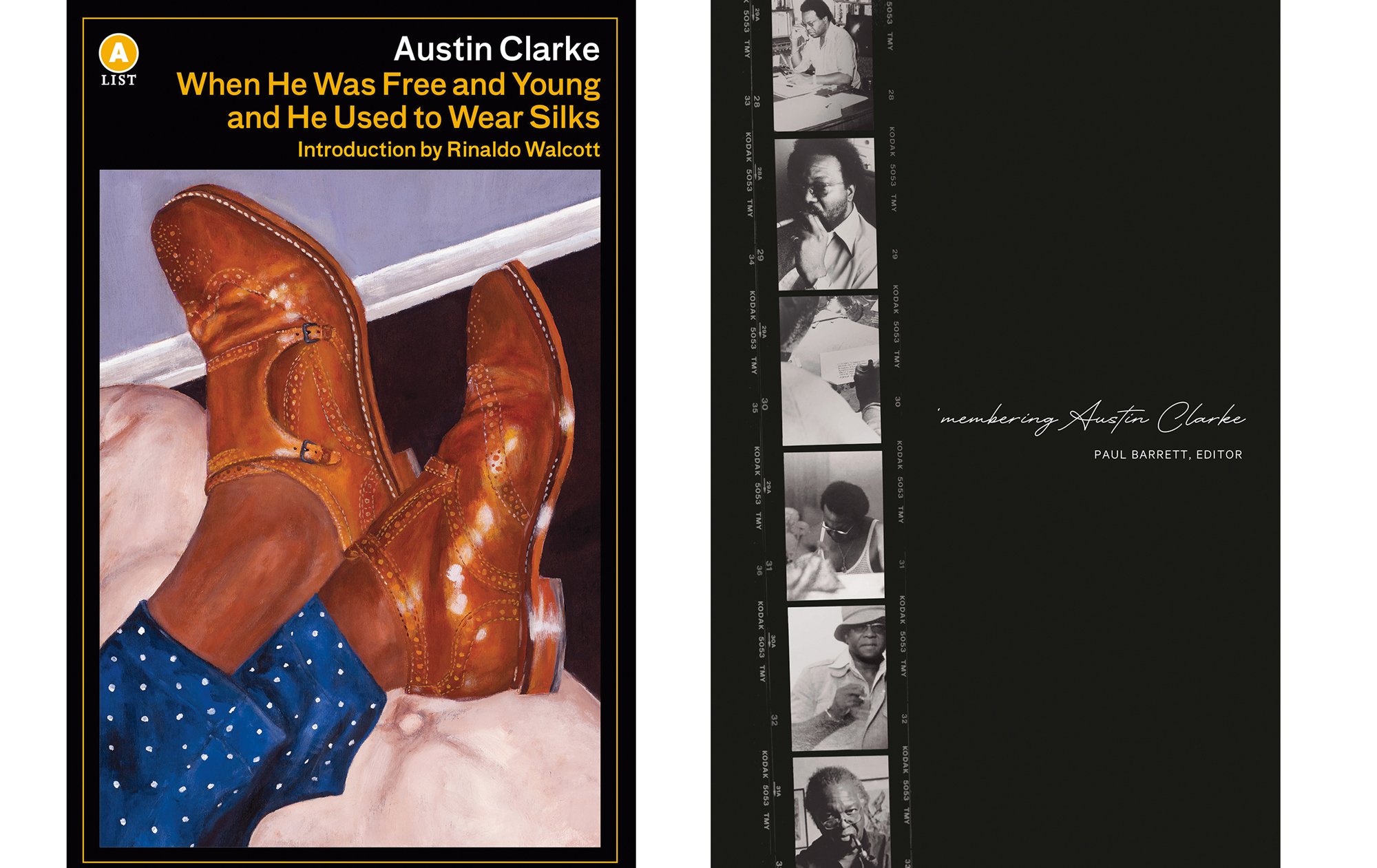 When Austin Clarke died in 2016, the bulk of his backlist was out of print. His 2002 Scotiabank Giller Prize–winning novel, The Polished Hoe, was still available, alongside his final novel, 2008’s More and his 2015 memoir ’Membering, but the majority of his work from the 1970s, ’80s, and ’90s languished in obscurity. This is a strange legacy for one of the foundational writers of CanLit’s first wave.

It is a legacy Paul Barrett hopes to correct. An assistant professor of English at the University of Guelph, Barrett is the editor of a new anthology, ’Membering Austin Clarke, out this November from Wilfrid Laurier University Press. The anthology, which brings together essays and remembrances by writers, scholars, and critics, alongside previously unpublished work by Clarke himself, looks to introduce the author’s writing to a new generation of readers and present Clarke as a vital voice in Canadian literature, in all his complexity and contradictions.

“We wanted to get all these various different perspectives,” says Barrett about his editorial principle in putting together the anthology, which includes pieces from Clarke’s former editors Dennis Lee and Patrick Crean, poets Sonnet L’Abbé and Cyril Dabydeen, and critic André Forget. “But it’s really about the work, and giving the work its due attention, which I don’t think it’s received.”

Simultaneous to the WLU anthology, House of Anansi Press is rereleasing Clarke’s 1971 short-fiction debut, When He Was Free and Young and He Used to Wear Silks, as part of the house’s A List series of classic reprints. The collection – with its stories about Black men in the late ’60s and early ’70s trying to carve out space for themselves in a landscape controlled and dominated by whites – is a timely addition to a national literature that is just starting to wake up to the systemic inequities that have always afflicted it.

There are many reasons why Clarke’s work has not been accepted into the CanLit canon, including a dense writing style that confronted traditional approaches by melding influences from British and American modernism with jazz and Caribbean culture. But one important reason Clarke has been overlooked, according to former Toronto poet laureate George Elliott Clarke, is as simple as it is inescapable: racism.

“It has everything to do with the reluctance of our literary establishment to welcome diverse voices, diverse stories, and Canadians of immigrant background, especially those of colour, into the hallowed halls of our canon,” says George Elliott Clarke. “He’s not ‘Canadian’ enough to be inscribed in the Canadian nationalist directions of the mid to later ’60s and into the ’70s. And the concern for anti-racism, anti-colonialism, and anti-imperialism was not considered, on the part of mainstream white Canadian critics, to be a real issue.”

This is true notwithstanding the fact that while the official story of CanLit was first being inscribed, Clarke had already enjoyed international success. “He’s writing before Atwood, before Munro, before Ondaatje. He’s interviewing Malcolm X [in 1963],” Barrett says. “They use the phrase ‘white supremacy,’ which has only entered the common parlance in the last few years. They’re talking about white supremacy around the same time that the literary history of Canada is being written.”

Academic and critic Rinaldo Walcott, who provides the introduction to the reprint of When He Was Free and Young, as well as contributing an introductory essay to Barrett’s anthology, suggests that one reason Clarke’s work was undervalued in its time is that he was writing about communities that were overlooked in the late 1960s and early ’70s. “In terms of understanding the godfathers and godmothers of Canadian literature, the kinds of stories he told about the kinds of communities and people he was writing about went missing,” Walcott says.

Then there was the matter of Austin Clarke the man. In many ways, Clarke was a mass of contradictions: a Black Canadian with upper-middle-class British colonial roots in Barbados; an artist who ran for Ontario provincial government as a candidate for the Progressive Conservatives. “He’s not condemning capitalism,” says George Elliott Clarke. “What he’s arguing in his stories is that Black people, people of colour, ethnic minorities have the right to aspire to the same degree of wealth and power that they see white folks wielding.”

The historical reticence to centre Clarke’s work in the history of Canadian literature may finally be eroding. Sonnet L’Abbé believes that new attitudes toward anti-Black racism and the resurgence of the Black Lives Matter movement offer an opportunity to see Clarke’s work in a new light. “Through Austin, we see Canada through the eyes of the African and Black diaspora, rather than seeing Blackness through the eyes of colonial, white supremacist Canada,” she says. “If, in the wake of 2020’s uprisings, Canada is ready to see itself, Austin’s work provides a crucial lens.”

As to whether the current moment is right for a re-evaluation of the author’s work, George Elliott Clarke is unequivocal: “In a word, yes.”