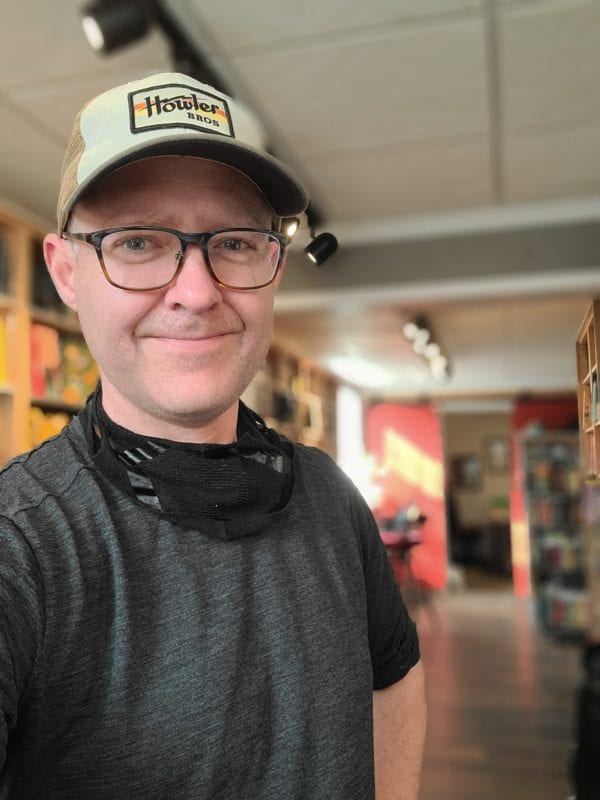 A Saskatoon independent bookseller credits the COVID-19 pandemic’s shakeup of retail habits with turning his business around and doubling sales in 2020.

Peter Garden, the owner of alternative bookstore Turning the Tide in the city’s Broadway district, had been thinking about leaving bookselling to pursue a more reliable source of income. In 2016, he started taking social work courses part-time, and finished the final practicum of his program just before the COVID-19 lockdown started last March.

But when he closed his store to in-person shopping, he knew he had to do something to keep the business going. Wanting to help Saskatooners stay home while still having access to great books, he quickly pivoted to offering delivery. A press release about the store’s plans was picked up by local media outlets, and soon orders began to come in for fiction for all ages and a lot of special-order titles. The bookstore’s social media posts were frequently shared with positive comments aplenty and Garden was almost overwhelmed by demand.

“I’ve likened it to drinking from a firehose,” Garden says. “All of a sudden it was this massive influx of business.”

Garden and his father-in-law spent hours making deliveries three days a week, driving across the city to complete as many as 50 orders a day.

Strong sales continued over the course of 2020, and Garden was able to hire more staff and increase wages. The increase in business has also allowed him to pay down debts and invest in marketing, as well as pursue other expenses the store couldn’t afford before, such as a new illuminated storefront sign. The store saw another noticeable bump in sales in November, when they closed to in-person shopping voluntarily – while in-person shopping was still allowed under the official restrictions – as COVID-19 case counts began to rise in Saskatoon. 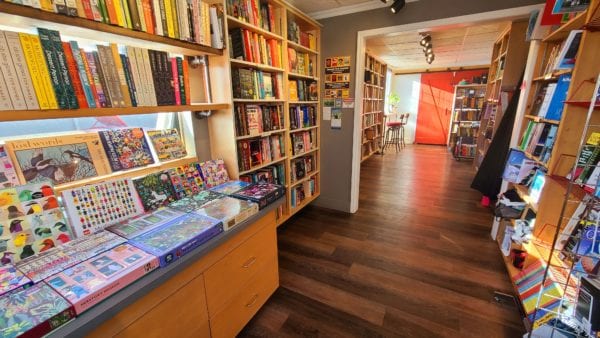 Garden started selling books in 2000. He wanted to get books about social and environmental justice out to a wider audience in the city, so he would attend events such as lectures and punk shows and set up a table for book sales. He took the business to a brick-and-mortar space in 2003, but it had never been “particularly lucrative,” he says.

Now, he is looking into bringing on partners to help him run the bookstore so he can divide his time between bookselling and social work.

Without the abrupt shakeup of COVID-19, Garden says the turnaround in business wouldn’t have been possible. He is optimistic that the pandemic-driven shift in retail habits will remain beyond the recovery, for Turning the Tide and all other independent businesses.

“I think we all did a major reassessment of what our priorities were,” he says. “There was that real threat of widespread bankruptcy for small businesses, and people realized that that’s their neighbours who are losing their jobs. A lot of folks reprioritized their spending to local. And it doesn’t take everyone doing that. It takes a portion of the population who can afford to do it. That makes all the difference in the world for folks like us.”