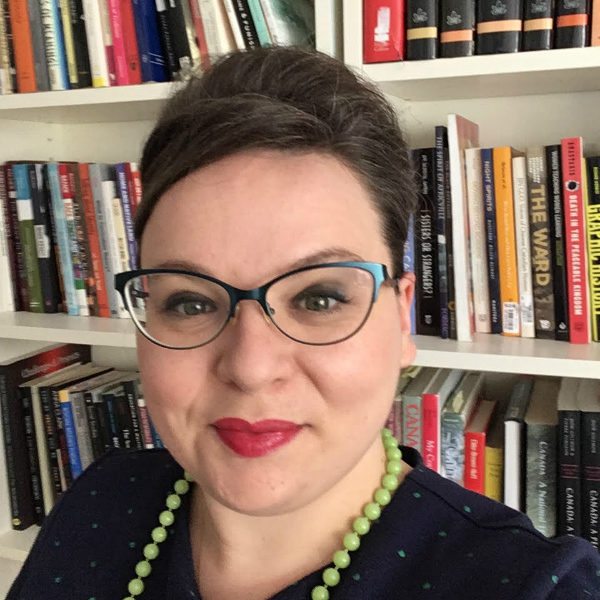 Samantha Cutrara, an historian, educator, and curriculum specialist at York University, has been awarded the 2018 Frances E. Russell Grant. The $1,000 grant is presented by the Canadian section of the International Board on Books for Young People.

The project takes off partly from her 2012 academic essay collection about Chester Brown’s 2003 graphic novel Louis Riel. “It has received a lot of accolades about how groundbreaking it is in terms of telling stories about history,” Cutrara says, before adding with a laugh, “However, as soon as I read it, I was like, ‘This is incredibly sexist!’”

Only 3 per cent of the more than 1,420 panels showed a woman at all, she found, most of whom never spoke. “I found it a frankly offensive telling of history, as a feminist, as a gender scholar, as a historian,” she says.

“The article that I wrote [on Louis Riel] highlighted that while graphic novels and comic books can be a really interesting medium for telling stories in new ways, we still have to be aware of the ways in which visual representation of these histories can exacerbate absences and exacerbate ideas in ways that can be damaging,” she explains. “If I was reading a traditional history, I could imagine women being around. But with graphics, you can’t imagine women being around if they are literally drawn out of history.”

While she doesn’t intend to go deep into analysis of gender in her Russell grant project, she will examine ways that older and more biased narratives may be duplicated in graphic material. In 2017, she researched depictions of various historical events in Canadian children’s books, and the new project aims to fill in the gaps between that project and the graphic novel research.

“I was surprised when I did the picture-book research how few picture books there are for children about Canadian history,” she says. Graphic novels were the one area where she saw a concentration of exciting new titles, but most of these fell outside the age range of her picture-book study.

With the grant, she plans to return to those more mature graphic novels, such as Willow Dawson’s biography of Nellie McClung, Hyena in Petticoats, David Alexander Robertson’s Sugar Falls: A Residential School Story, and Scott Chantler’s Two Generals.

Assessing the appropriate age group and potential curriculum links – and whether the two line up, based on standard history curricula across the country – will be part of that work. “I’m a history education strategist, and I find it really important that there’s always a foot in the classroom,” Cutrara says.

Depictions of gender and race will be part of her research, but primarily, she’ll be looking at whether the comics and graphic novels examined add something new to the historical narrative, showing different nuances of race, gender, and class as opposed to “the kind of standard Fathers of Confederation narrative.”

“Is it the same story but just drawn out?” she asks. “Or have new stories been able to emerge because of this different medium?”