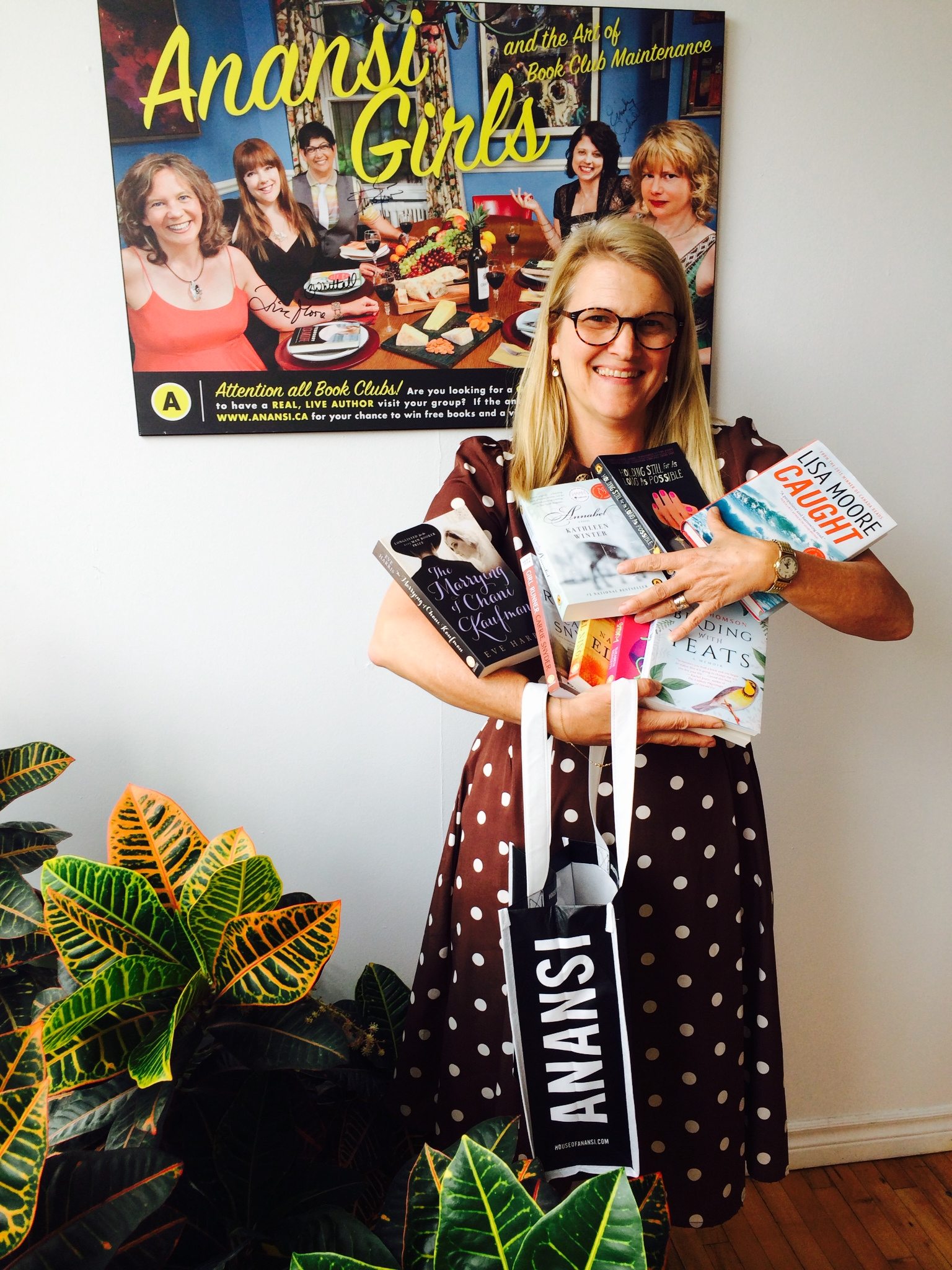 Sarah MacLachlan poses with some of the books and authors she has published in her time at House of Anansi Press.

Big changes are ahead for one of Canada’s premiere domestic publishers. After 16 years, Sarah MacLachlan is retiring as president and publisher of House of Anansi Press and president of Groundwood Books. A press release from the publisher says that MacLachlan will step down at the end of June.

“I have had a life-long love affair with House of Anansi Press, so I am thrilled to join the team as Publisher,” says Walsh in a statement.

“Over the years I have had the privilege of working with the most talented creators and the best people in the business,” MacLachlan says in a statement. “I have been truly blessed in my career, and I have thoroughly enjoyed being a part of this exceptional publishing house.”