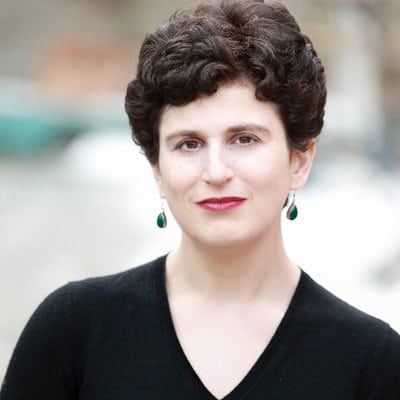 Sarah Weinman was all of 16 years old the first time she read Lolita. Attending high school in Ottawa, where she was born (she now calls Brooklyn home), the adolescent bibliophile had already devoured the bestselling young-adult literature of the time – the Sweet Valley High series and books by Norma Klein and her contemporaries – and felt it was time to move on to more adult fare. “I was so young and so uninformed, even though I thought – as all precocious 16-year-old girls do – that I knew everything,” Weinman says now. “I thought, okay, I’m ready for grown-up literature. And so what did I read? I read One Day in the Life of Ivan Denisovich, Lolita, and Portnoy’s Complaint, all in a row.”

Weinman’s adolescent encounter with Vladimir Nabokov’s notorious 1955 novel – which has been controversial since its original publication in France by Maurice Girodias’s Olympia Press (the book would not appear in the U.S. until two years later) – was a formative experience for the future writer, editor, and journalist. “Reading Lolita was the first time that I realized what an unreliable narrator was,” she says with the benefit of hindsight. “That was very disturbing, understandably. And I think it would be disturbing at any age, reading Lolita for the first time.”

Generations of readers would no doubt agree. Since its initial publication, Nabokov’s deceptive and labyrinthine narrative of Humbert Humbert’s obsession with, and repeated sexual assault of, 12-year-old Dolores Haze, has been alternately hailed as a 20th-century literary masterpiece and vilified for its incendiary subject matter. Reading the novel in 2018 – with #MeToo and its attendant cultural conversations swirling in the background – only renders the experience more uncomfortable: it is easy to forget how explicitly and directly Nabokov treats his novel’s core subject matter.

How much more distressing, then, to learn that the novel has a connection to an actual case of kidnapping and assault of an underage girl by a disturbed middle-aged man? In 1948, a drifter and ex-con named Frank La Salle abducted 11-year-old Sally Horner, a pre-teen living in Camden, New Jersey, and spirited her across state lines, eventually ending up in a trailer park in San Jose, California. It was there that Horner finally managed to escape his clutches, nearly two years after her ordeal began. (In a cruel twist of fate, Horner would die in a car crash a scant two years after her rescue.) This real-life antecedent provides the source material for Weinman’s new book, The Real Lolita: The Kidnapping of Sally Horner and the Novel That Scandalized the World (Knopf Canada), a combination of true-crime narrative and literary exegesis.

The Real Lolita is an expansion of a 2014 piece Weinman published on the website Hazlitt. That article, in turn, had its genesis, as Weinman admits much of her writing does, in something she stumbled across online. “I think I found [Sally’s] story, as I’m wont to do, late one night looking at Wikipedia. I found a number of story ideas that way, especially looking at unsolved disappearances or unknown serial killers.”

Weinman had also run across a 2005 essay by the literary critic Alexander Dolinin called “Whatever Happened to Sally Horner?,” which was originally published in the Times Literary Supplement. “Because he’s a literary critic, that’s what he was concentrating on,” Weinman says. “He was writing an essay, doing the compare and contrast. He wasn’t a reporter. But I am. And I’d done enough crime stories, even by that point, to ask, has anybody fully reported this out? And the answer was no.”

To glean the details of Sally’s story, Weinman dug through the archives of newspapers like the Philadelphia Enquirer and the Camden Courier-Post and talked to people close to Sally – including her niece and brother-in-law – who were still alive. And like any good reporter, she also put in a good deal of legwork herself. “I still remember this one day when I had gone to Philadelphia to do some research, mostly at the Free Library, but also at the archives,” Weinman says. “I thought, it’s a rainy day, let me just take PATCO – which is the Philly transit – a few stops into downtown Camden and I’m just going to run from one courthouse to another to another and see if anybody will do anything.”

Weinman’s extensive research notwithstanding, there remain large gaps in the record regarding what happened to Sally during the two years she was on the road with La Salle, who posed as her father to ward off suspicious inquiries. One of these gaps – a period the two spent in Baltimore during which, somewhat astoundingly, Sally was apparently enrolled in Catholic school – leads to a chapter in which Weinman engages in imaginative speculation as to what might have transpired between them. Weinman does not shy away from admitting her lack of concrete knowledge about this period, and is frank about the fact that early reviewers have focused on that chapter in particular as a point of criticism.

Still, Weinman feels that the material is justifiable as a means of providing an additional level of emotional resonance to her tale and, in a nod to Nabokov, as an illustration of herself as a kind of unreliable narrator. “I’ll just be fully upfront about what I don’t know and I’ll try to posit something where I’m speculating but in an informed manner,” she says by way of explanation. “So the speculation I get into, I really tried hard to keep it limited to what probably could have happened, but also I tried not to reach out too much. That’s why it’s sort of, here’s a typical day, and I based it a lot on the contemporaneous account of a kid around Sally’s age who would have been in a Catholic school in Baltimore in the 1940s.”

Whether or not a reader accepts the journalistic validity of this particular approach, Weinman builds a solid case regarding Nabokov’s familiarity with Horner’s story (there is even a reference in the text of the novel itself, which serves as one of the epigraphs to Weinman’s book). And learning about Sally’s story has given Weinman herself a renewed appreciation for the classic work of fiction. “If anything, working on The Real Lolita has made me love Lolita more. I feel like what I want to do is put the two books in conversation with each other. I want Sally to always be remembered, because she matters.”

And she finds she can continue to return to the novel and discover things she never could have detected from the perspective of a bookish 16-year-old. “I’ve grown up and experienced things,” she says. “But it is a novel that like so much of great literature you bring your own life and experiences to it as well. I’m due to reread it again and I’ll be really interested to see, having now spent four years looking at the life of Sally Horner, what new things I’ll find there.”