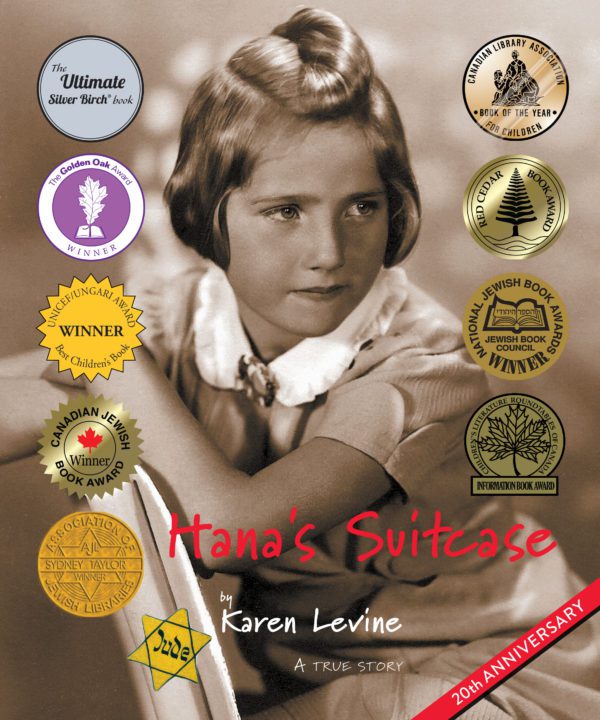 This spring, author Karen Levine and Second Story Press mark the 20th anniversary of the publication of Hana’s Suitcase, a children’s book that chronicles the efforts of Fumiko Ishioka, the curator of a Holocaust education centre for children in Tokyo, to identify the owner of a suitcase sent to her by the Auschwitz Museum for an exhibit. Levine first learned of the story of Hana Brady, the suitcase’s owner, in the community newspaper The Canadian Jewish News. “I still remember where I was when I first read it,” she says. A producer at CBC Radio at the time, Levine created a documentary with the assistance of Ishioka and George Brady, Hana’s brother and a Holocaust survivor. Immediately after it aired, Levine received a call from Margie Wolfe, publisher of Second Story Press, saying, “we’ve got to turn this into a book.” To date, Hana’s Suitcase has been translated into more than 40 languages and is Canada’s most-awarded children’s book.

Levine and Wolfe spoke with Q&Q about the profound impact of Hana’s Suitcase.

What was it like to work alongside George Brady and Fumiko Ishioka?
Levine: I spent a lot of time with George because I needed to get every little shred of memory he had about Hana to try and fill out her story and “paint” a picture of her as a kid. So, there were lots of cups of tea. Fumiko was back in Japan and we emailed back and forth, and they were both at the launch along with one of the kids from Small Wings [a club Ishioka’s students started to let other kids know what they were learning]. Once the book took off, which it did in a remarkable way, the three of us spent a lot of time together going to schools, travelling, speaking at synagogues, churches, and library conventions. George was a remarkable guy, and Fumiko a remarkable woman. It was a lovely collaboration.

How do young readers react to the story?
Levine: Kids are such a joy, and they always give me a jolt of hope because they’re interested. They’re shocked by the story, saddened by the story, and always full of a million questions. It’s the same wherever I go. The questions [range] from “What happened to Hana’s dog?” to “Are there still Nazis?” and “What’s your favourite colour?” They’re just all over the place, but they’re open and honest. Almost always somebody asks about how Hana was killed and what happens in a gas chamber. I can see [teachers] clenching when these questions are asked, but I think it’s good that kids ask these questions, and they take in as much as they can. I love their honesty and curiosity, and sometimes they’re adorable and funny, too. They really seem to connect with the story, and that’s very gratifying. It certainly was for George.

Wolfe: Almost instantaneously there was this extraordinary response both from adults and children. I knew it was a terrific book, but I had no idea it was magical. Kids understood this was a book about right and wrong. They empathized with the struggle of this child and her brother George. In schools across the world, educators were creating suitcases and kids would put in stuff. What would you take if you had to go away and you didn’t know if you were ever going to see your home again?

There were Small Wings clubs that were set up in Canada and in the United States. Kids wanted to be able to do something together. We need that today with the horrible news we’re seeing of racism and anti-Semitism. Never more do we need children to stand up and say this is wrong. 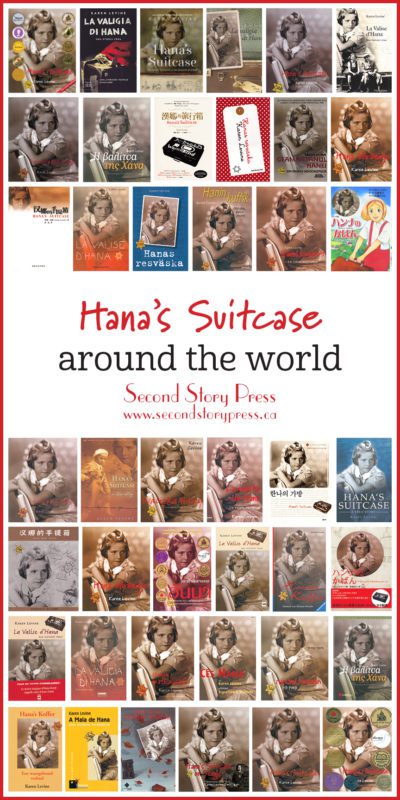 When you look back over your journey with Hana’s Suitcase, is there a particular moment that stands out in your mind?
Levine: There are two moments that stand out for me. First, when Hana’s Suitcase was nominated for the Ultimate Silver Birch award. After the ceremony, this one teacher came up to me and she said, I want you to know that my school’s Silver Birch Club all voted for Hana’s Suitcase. Then she said, it might interest you to know that all the kids in my club are Muslim. And I thought: what a gift you have given me. It was then that it sunk in that Hana’s Suitcase was a real bridge builder between people who may have suffered themselves, may have dealt with racism themselves and could connect to this little Jewish girl who died as a result. I’ve always been grateful to that teacher for telling me that story.

The second was when Fumiko, George, and I were in New York, in Spanish Harlem. This school was in rough shape. We did our presentation and then we asked for questions. This young, Black boy got up, and he said to George, “Mr. Brady, what do you do with all your rage?” It just took my breath. Such a brilliant question from this little guy who may have had his own reasons for rage. I don’t know. Those are two moments that really stuck with me.

Wolfe: I was sitting with George, Karen, and her son at the Ultimate Silver Birch award. When Karen went on stage, it was like she was a rock star. The kids stood up screaming and calling her name. When they saw George was there, they started calling his name. I absolutely recognize that this book spoke to kids in a way that we hoped it would. They loved it. They understood it. They were going to remember it.

Hana’s Suitcase is Canada’s most-awarded book for young people and is about to mark its 20th anniversary. What does that mean to you?
Levine: I’m thrilled that the story is still having an impact. The story is still loved by kids, teachers, and adults. That’s humbling and kind of stunning to me. It’s sad that the messages in the book are even more important now than when I first wrote it, with the proliferation of Nazi symbols, anti-Semitic incidents, and hate incidents of all kinds. So, I’m glad that it’s still an excellent learning tool for teachers and for parents who want to introduce kids to the Holocaust. But I wish it wasn’t as relevant now as it is.

Wolfe: When we started doing Holocaust titles, and other books that dealt with difficult subjects, there was a sense that these were not appropriate for young children. It’s not so much that people would criticize us; they just said it “wasn’t right for us.” If you have a message to share, do it somewhere else, not in a children’s book. I think Hana’s Suitcase played a big part in helping transform what was appropriate for a children’s book. The fact that it won not just critical acclaim from reviewers and educators, but that kids voted it their favourite book was a real eye opener for many of us. You tell something to a nine-year-old in a different way than to an 18-year-old, and the challenge for the writer and for the publisher is to figure out how to do that. If we, as publishers, educators, and writers, care about what our kids learn and believe, we must try to create the best literature we can.