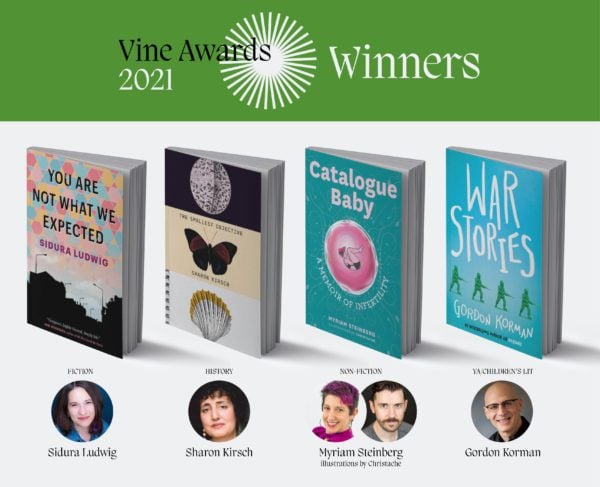 The winners of the 2021 Vine Awards for Canadian Jewish Literature have been announced.

Each winner receives $10,000. The winners were announced in a virtual ceremony on November 23.

The annual awards honour Canadian writers who are Jewish or who deal with Jewish subjects in four categories: fiction, history, nonfiction, and YA/children’s literature. A Vine Award for poetry is awarded every three years.

Sidura Ludwig, You Are Not What We Expected (House of Anansi)