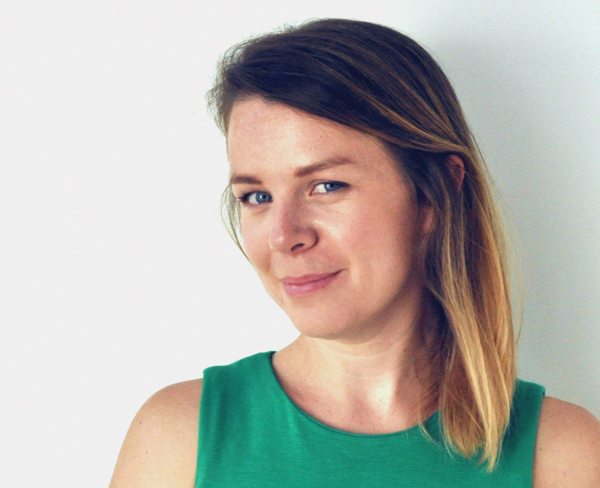 Last May, I published Thing is, my second collection of poems. The project, at least as I thought of it, was to re-imagine the alienated nature of consciousness as a universal condition. I read a bunch of philosophy and learned about linguistic experiments and thought about divination and ghosts. The results were called (in a review in this very magazine) “metaphysical.” I thought that was flattering and nice.

In January, I have a new book out, and it’s about The Bachelor. As in the reality TV spectacle with the faux floral tokens; and the harem of beach bods; and the competitive pursuit of aggressively hetero matrimony. This book isn’t poetry; it’s non-fiction – a sincere close reading and critical treatment. At 224 pages, Most Dramatic Ever is by far the longest thing I’ve ever written, the greatest number of words I’ve ever spent in one place. The cover looks like a bar of gold: bright and shiny and mercantile.

More than a few people have expressed surprise (and occasionally horror) at what looks, I guess, like a bit of a zag for a wannabe metaphysician-poet (not to mention a feminist). And I get that. But the truth is, it just didn’t feel that way to me at the time. On the contrary, writing a book about The Bachelor seemed like a totally obvious thing to do.

I’ve always had a restless fascination with what it means for something to be real. In this regard my interests are pretty small-c catholic, arising not so much out of broad-mindedness as grasping, not-too-discerning hunger. (I guess “interest” and “fascination” might be euphemisms for “relentless anxiety.”) If these are the kinds of questions you gnash your teeth over – What even is anything? Why do people believe in stuff? How can any of us ever translate our inalienable subjectivity into collectively agreed-upon truths? – let me tell you: The Bachelor isn’t the worst thing to gnaw on.

Here’s a reaction I sometimes get when I out myself as an (unaffiliated) Bachelor scholar: “Come on, aren’t the relationships on that show fake?” And here’s what I always think but never say: that’s a stupid question. Seriously, I don’t even know what that means. Aren’t we all faking it? Isn’t that just what engaging with other humans means?

For most of us, it’s a pretty lousy, low-rent act, the one where we jerk our meat puppets around, hoping to effect gestures that will approximate who we really are. It’s such a shabby, doomed effort, but we do it anyway, which is how you know how badly we crave the intended result: being just a little bit more known by others, and seeing them a little more clearly in return. We’ll muck up our perfect inner selves over and over, just to get a little closer to a few of the other muck-ups bumbling around nearby.

To be a bit more generous, I think one of the things people are really asking when they tilt in the direction of The Bachelor’s fakeness is something like: that’s not how I come across, right? And that’s fair. I’m inured to it at this point, but I can see how thinking about The Bachelor as a kind of augmented reality – a burlesque of some commonly held fantasies and beliefs – can be a lot to take. Especially given that the show is not exactly a paragon of social responsibility. It might not be a place you are keen to recognize yourself, or your neighbour, or your nation.

People sometimes ask me for a report card attesting to the real-world viability of The Bachelor’s relationships. Proof, maybe, that a bond formed under such artificial conditions is too many standard deviations from the baseline, everyday performance of selfhood to really work. And here’s where things get interesting.

Yes, statistically most of the relationships formed on The Bachelor and The Bachelorette will fail. I think we can safely say that most of the show’s marriage proposals are made, if not insincerely, at least under the influence of a delusion engineered by entertainment professionals. But! Here’s another stat I’ll hit you with: so far, no marriage arising out of the Bachelor franchise has ended in divorce, and all of the married couples have kids. Whether that seems truly disturbing or oddly hopeful I’ll leave to you. Either way, there are actual human beings out there whose existence is the direct provenance of this TV show. That’s some real shit if you ask me.

My interest in the nature of existence – one that has only swelled with more and more worry in the past year – found greater solace roving through The Bachelor’s universe than it did hunkered down in the bespoke, tiny house of verse I’d built specially to shelter and tend those concerns. I don’t mean to denigrate the poetry – it felt rewarding and often necessary, too. I’m only saying that if you’re inclined to assume something about poetry’s high-cultural cruising altitude and The Bachelor’s low-cultural subterranean sink, well, I’m here to tell you it isn’t that simple. Writing a book about The Bachelor was at least as ontologically soothing as writing a book of poems about ontology.

Suzannah Showler’s Most Dramatic Ever: The Bachelor is published by ECW Press.