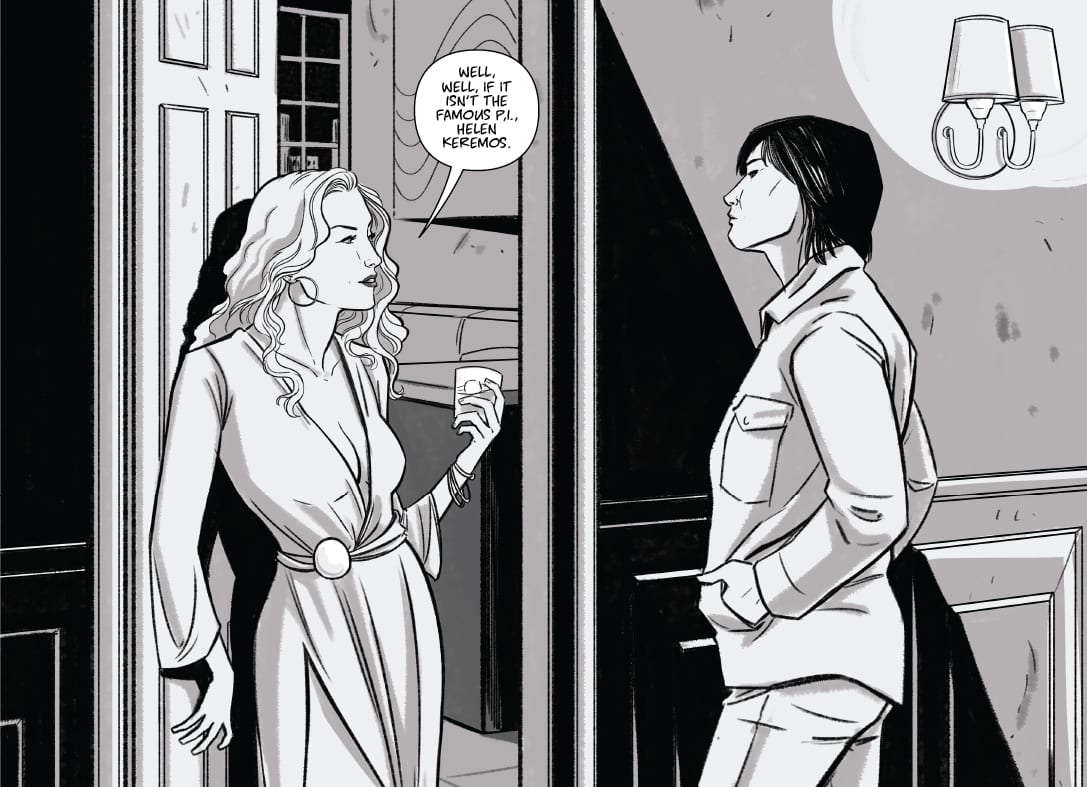 When Eve Zaremba, 88, created the mystery genre’s first lesbian detective, it wasn’t exactly a glass-ceiling moment. The character of Helen Keremos made her debut in the 1978 pulp novel A Reason To Kill, published by General Publishing’s paperback imprint Paperjacks.

“Our community was busy with politics and that’s what really mattered,” says Ottie Lockey, Zaremba’s partner of almost 41 years, preparing a bacon-and-eggs brunch at their Toronto condo. “So writing books…”

“People enjoyed it, people bought the books, but the critics discarded it,” Lockey says.

In her 2015 memoir The Broad Side, Zaremba recalls A Reason To Kill’s press coverage as “one small bad review in a Toronto newspaper and a spread in [LGBTQ magazine] The Body Politic.” 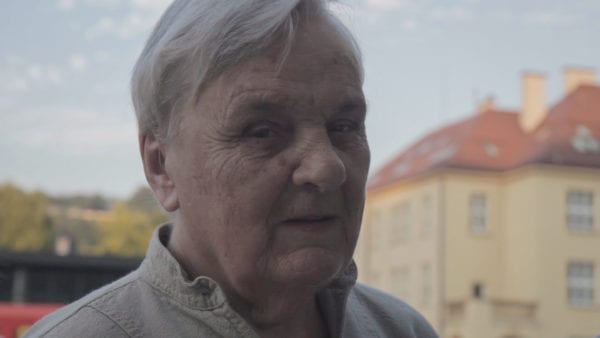 Helen Keremos is set to make her comeback in January 2020 in a graphic-novel adaptation of her second of six appearances, 1986’s Work for a Million. Margaret Atwood, a longtime friend, provided a blurb for that novel when it was first published 33 years ago.

In November 2017, the friends were having coffee in Atwood’s kitchen when Atwood suggested reviving Helen through a graphic novel. Atwood connected her with Bedside Press publisher Hope Nicholson, whom she had worked with on the anthology The Secret Loves of Geek Girls and her own graphic-novel trilogy, Angel Catbird.

Now Nicholson is spearheading a Kickstarter campaign to produce a new graphic novel based on Work For A Million, illustrated by Selena Goulding (Susanna Moodie: Roughing It In The Bush, a graphic adaptation of the canonical CanLit memoir) and adapted by writer Amanda Deibert (the comic series Wonder Woman ’77). The campaign, which extends until Feb. 15, had raised nearly $24,000 towards its $29,000 goal as of press time.

“It’s important to contribute to these kinds of projects on Kickstarter, otherwise they won’t get made,” Nicholson says. “Publishers don’t know if it will sell, because there’s no precedent.”

Artists sent their takes, known as pin-ups, on Helen to Zaremba. Goulding’s version ­– a woman with a Patti Smith shag and life story etched in her features who’s as bold and direct as a black coffee – was the closest to the character that Zaremba had envisioned. “Some of them were too… they were all by young people whose idea of a woman is a Barbie doll,” Zaremba says. “Still!” 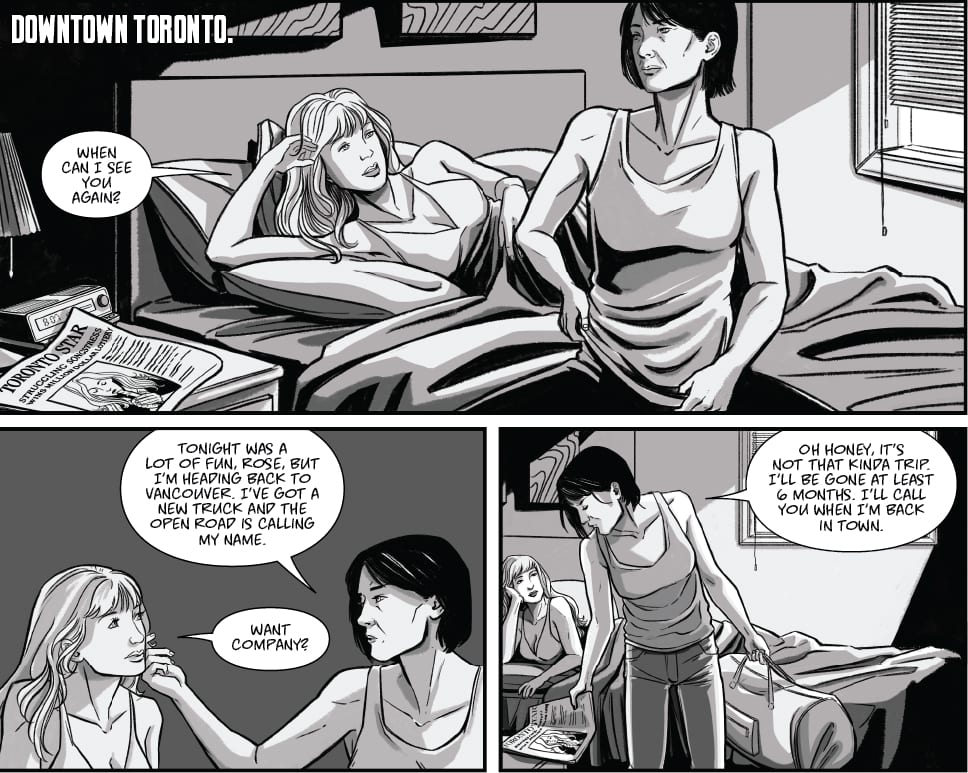 The fact that Goulding and Deibert are both queer women may be part of why they best captured Helen’s essence. Goulding is currently working on art for Work For A Million, aiming to hit the January 2020 deadline. Zaremba notes another matter of some urgency. “I’m 88 – I’d like to be around when it comes out!”

A documentary, Eve Zaremba’s Dyke Detective: An Origin Story, produced by Lockey and directed by Nadine Arpin, will also be released around that time. The documentary will feature an animated Helen Keremos as part of Arpin’s personal reflections on how the character inspired her awakening as a two-spirited person growing up in Sioux Lookout, Ontario, a community four hours northwest of Thunder Bay.

“It’s the reboot of Helen Keremos,” Lockey says. “I think she’s a heroine, a superhero for our time. I was lucky enough to meet her 40 years ago. I am thrilled at how welcome she is today.”