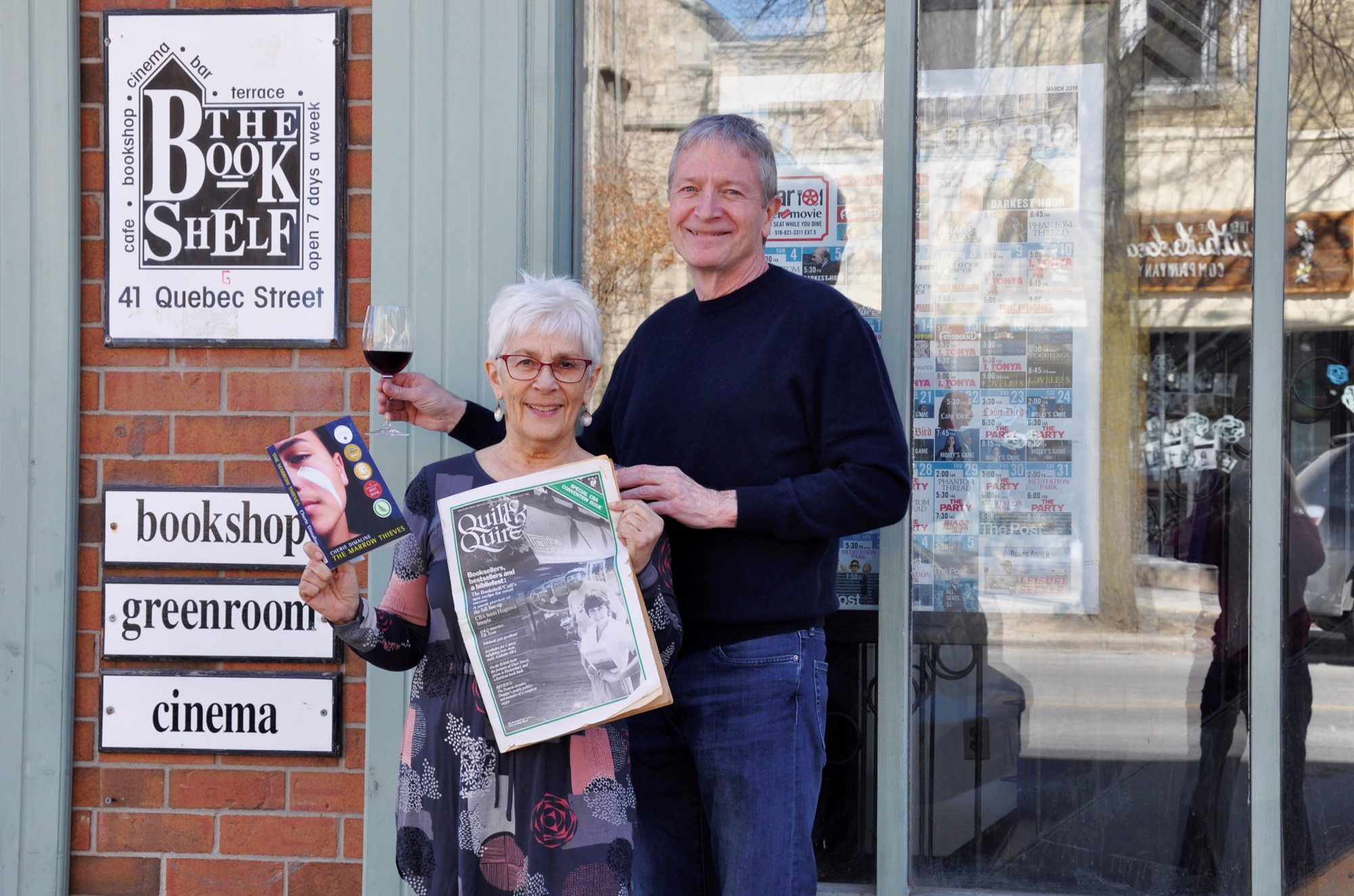 Almost five decades after founding the Bookshelf – the inimitable and ever-evolving Guelph, Ontario, bookstore/café/cinema/live-music venue – Barb and Doug Minett are being awarded honorary doctor of laws degrees this June by the University of Guelph for “their tremendous contributions” to the publishing industry and their beloved city.

Barb and Doug are “the left brain/right brain of Canadian bookselling,” says Rakuten Kobo CEO Michael Tamblyn, a Bookshelf employee from 1995–98 and one of the three people who nominated the Minetts. (Phyllis Yaffe, Canada’s consul general in New York, and Margaret Atwood are the other two.) Barb, a former teacher, has an “encyclopedic knowledge of books,” says Tamblyn. The couple were early champions of Freedom to Read Week and instrumental in creating the Eden Mills Writers’ Festival. They have partnered with the University of Guelph on author events for 35 years, and the store hosts the Massey Lectures as well as book launches and author readings. Doug was a driving force behind BookNet Canada and conceived of and implemented the transition to a 13-digit ISBN system.

And then there’s the store itself. The Bookshelf is an institution in downtown Guelph. Opened in 1973, it became Canada’s first bookstore/café in 1980, and expanded 10 years later when the Minetts bought the building next door. By 1987 a cinema and rooftop bar had been added. Over the years, the multifaceted space – of which the Minetts’ children, Ben and Hannah, took ownership and management in 2012 – has become a community hub. “If what you provide is attractive enough, people will come,” says Doug.

Recognizing the need to move to a multi-platform retail environment, Doug worked with Tamblyn to create bookshelf.ca – one of the country’s first e-commerce sites – in 1995. The online platform sold to Indigo Books & Music in 1998 and formed the core of indigo.ca. “At the Bookshelf we were always open to innovation and moving things forward,” says Minett.

The Minetts are frankly a bit embarrassed by the university’s honour – but appreciative, too. “After I realized it was for real, my body instantly conjured tears,” says Barb. “But [then] the predominant feeling was gratitude, and love, to both the university and all of our wonderful staff and customers. I am so thankful to have spent my life filled with books, movies, family, and community.” 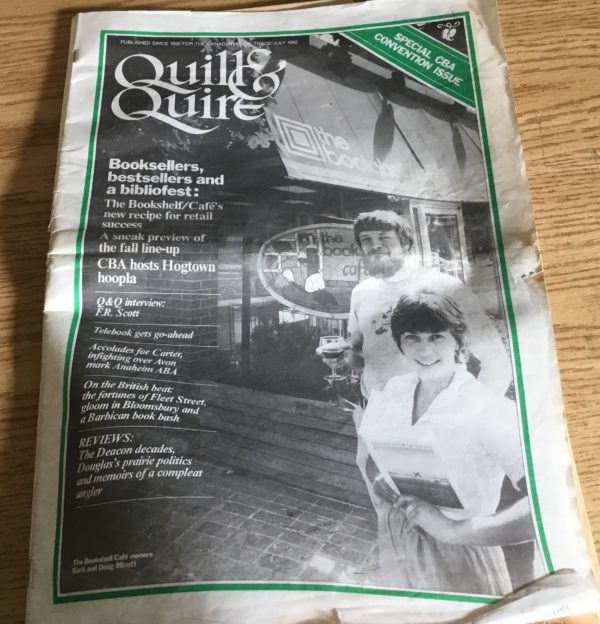 The Minetts’ copy of the issue.