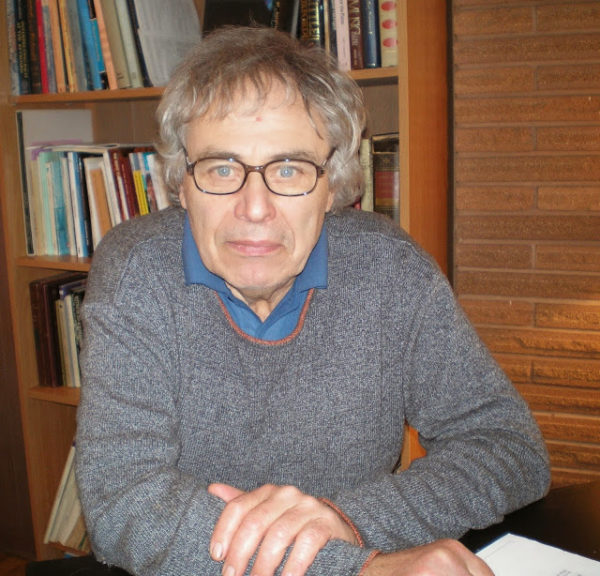 Joe Rosenblatt’s iconoclastic proclivity and linguistic abandon were apparent right from the start of his long and lauded career. The Toronto-born writer and artist – who relocated to Qualicum Beach on Vancouver Island in 1980 – announced his eagerness to buck the recondite conventions of Canadian poetry with the title of his 1966 debut, The LSD Leacock, one of the first books released by Stan Bevington’s Coach House Press (the house’s original motto, “printed in Canada by mindless acid freaks,” perhaps indicated a certain dovetailing of sensibilities between poet and publisher).

“I can remember when The LSD Leacock came out,” says Tim Inkster, publisher of the Erin, Ontario, literary press The Porcupine’s Quill. “I was an English student at the University of Toronto and I had a copy. It certainly made a big impact on me.”

In the years to come, Rosenblatt’s poetry – with its signature combination of formalism, syntactic wildness, bizarre and often threatening nature imagery, and an undercurrent of Jewish spiritualism – would make a similarly big impact on successive generations of Canadian readers and writers. Inkster’s press brought out Bite Me, Rosenblatt’s last book, earlier this month. The poet died on March 11, just days before Bite Me came off the printer. “There was a real push to try and get the book done in time so Joe could hold it in his hand,” says Inkster. “We missed by 48 hours.”

Tom Sandborn’s review of Bite Me, which appeared in the Vancouver Sun on March 8 (a group of Rosenblatt’s supporters had interceded to get an advance copy into the reviewer’s hands), praised “the poet’s restless and penetrating mind, chewing away on a refractory world and turning it into beauty.”

Rosenblatt came from a working-class background. He was part of a cohort of Canadian poets – including Al Purdy, Milton Acorn, and Patrick Lane – who eschewed the academy in favour of early life experience as a labourer, in Rosenblatt’s case as a railway worker. Poetically, Rosenblatt combined Acorn’s straightforward, blue-collar attitude with elements of Gwendolyn MacEwen’s mysticism. Writing in the Canadian Jewish News, Sharon Abron Drache calls Rosenblatt “Canada’s post-biblical Noah” who “explored the actions and survival tactics of a wide variety of animals, insects, trees, and flowers in both natural and urban settings interweaving their behaviour with that of humankind.”

“To me, he’s our Blake,” says Edmonton poet Catherine Owen, who collaborated with Rosenblatt on the 2008 collection Dog. “He turned fish and cats and birds and frogs into demented, ectoplasmic angels.”

Owen credits Rosenblatt with giving her permission in her own work to expand her vocabulary and range in terms of subject matter and approaches to poetry. She praises his singularity of vision and insistence on cleaving to his own path and not feeling bogged down by trends or fashions in the literary world. “I used to go fishing with him and he’d pretend to be reeling in League of Canadian Poets members on the end of his fishing line,” Owen says. “He was just raucous. He was one of a kind.”

Though he remained staggeringly prolific throughout his life, Rosenblatt hit a personal roadblock when his beloved wife, Faye, died in 2017. “That left Joe, I think, insecure about his own writing among everything else,” says Inkster.

Though he began work on Bite Me before Faye’s death, the majority of the work was completed in the year after. “I think Bite Me was his book of consolation for the year after Faye died,” says Owen. The book was not completed in time for him to see the finished product, but in the days before his death he listened as Sandborn’s review was read to him. “I think the moment he heard the glowing review of Bite Me, he knew Bite Me was coming out into the world, and he felt, ‘This is it,’” says Owen. “And he died.”

Now you are gone, I find I cannot write seriously about you
for you were too important to me.
And that significance was made up of laughter, mostly,
the happy olives in martinis, that jovial smoked meat
you liked slapped between bread, those giggling-with-grease eggs,

all your absurd musings
on the cannibalistic ocean and the raunchy forests,
bright daubs of hourless paint, our silly epistles, your goofy
affection for Sponge Bob & his ilk, your ridiculous
alter egos (Muttsy, Moishe Red Canoe), the time you donned
a monster mask, upside down, on the Day of the Dead or met
your friend at the door sporting a woman’s clip-on in your snout
and merely drawling at his shocked expression, “What Don Jon, what.”

I’m not saying you were the happiest man.
No poet escapes the black dog that runs inside its dreams
and you had known losses, had a hard upbringing, and were,
perhaps, a natural curmudgeon anyway, someone who told me
to “Shaddap” more than that he loved me

but I know you did.