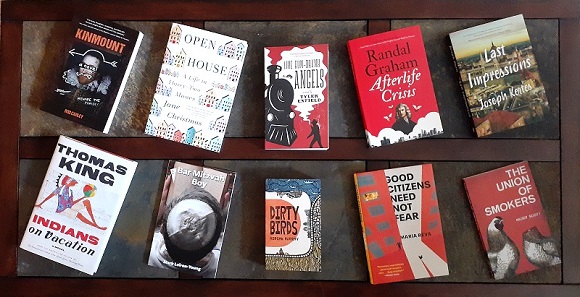 The longlist has been announced for the Stephen Leacock Memorial Medal for Humour. The medal comes with a $15,000 prize. Three finalists will be announced on May 3, with a winner to be announced on June 4.

The prize, which has been presented for 74 years, was in danger of being discontinued last year, but launched a successful fundraising campaign last August which received donations from CanLit figures such as Margaret Atwood, Drew Hayden Taylor, and two-time winner Terry Fallis. In October, the Dunkley Charitable Foundation agreed to sponsor the prize for five years. The Glasswaters Foundation has committed $20,000 a year for the next five years.

The longlist was selected by the Stephen Leacock Associates, a 13-member volunteer board of directors. The three finalists for the award will be named on Monday, May 3, 2021, with the medal winner to be announced on Friday, June 4, 2021.