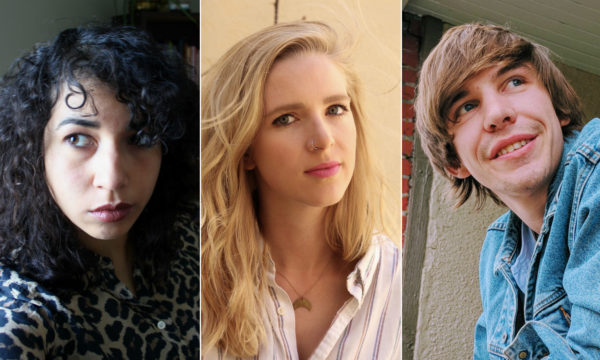 The Writers’ Trust of Canada has announced the three poets who will compete for the RBC Bronwen Wallace Award for Emerging Writers.

The finalists are Fredericton’s Rebecca Salazar for “Your Public Body,” a collection of poems that confront sexual violence; and northwestern Ontario writers Ellie Sawatzky for “Unorganized Territory,” featuring poetry that refracts our experiences with the internet; and John Elizabeth Stintzi for “Selections from Junebat,” described by the jury as “brave and timely poems” that explore gender identity.

This year’s $10,000 prize will be awarded to an outstanding work of unpublished poetry by a writer under the age of 35 (the prize alternates between poetry and prose annually). The finalists will each receive $2,500. The winner will be announced on May 28 at an event in Toronto hosted by Shelagh Rogers.