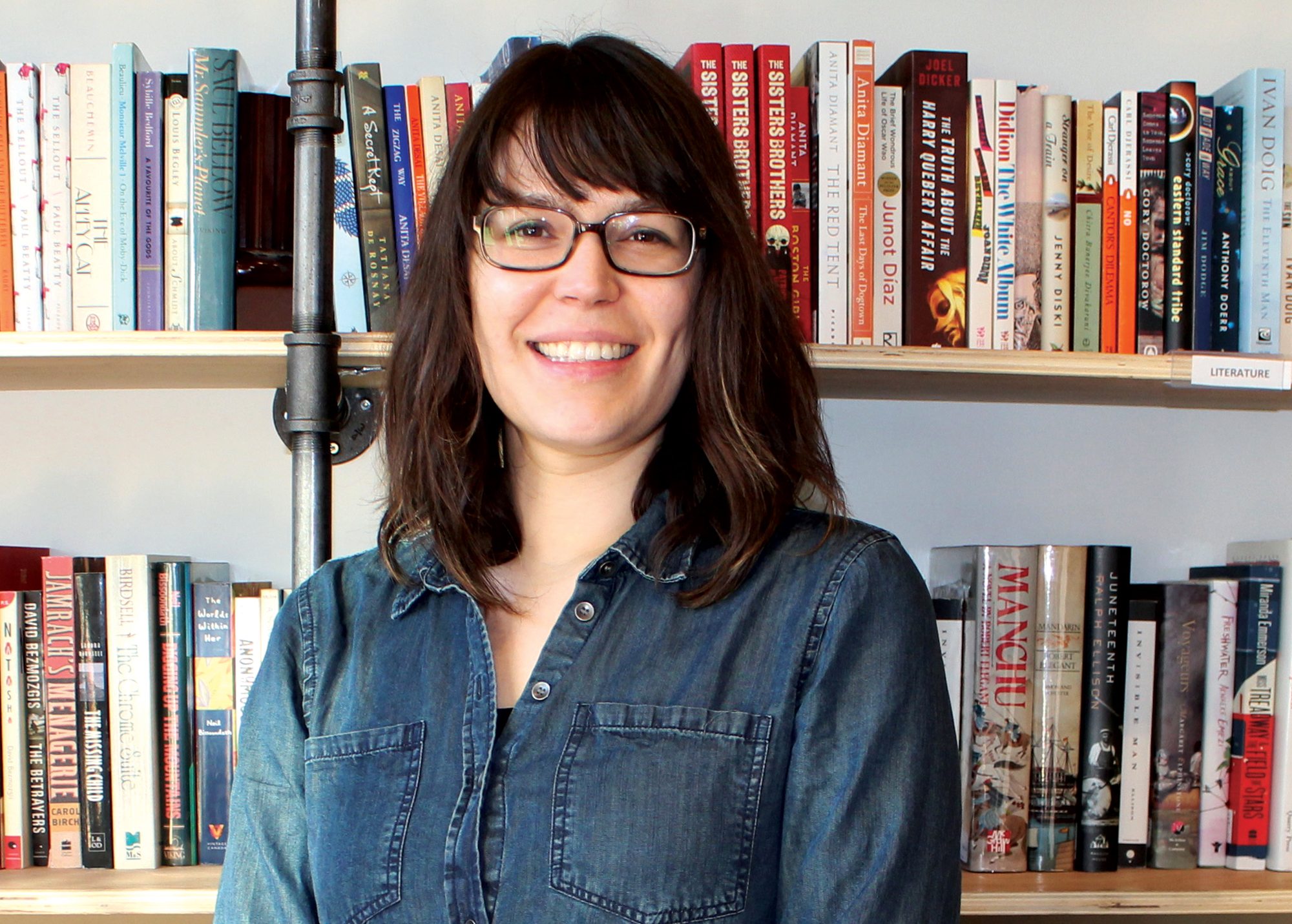 Despite being around for less than a year and already relocating once during its short existence, Vancouver’s Massy Books is quickly becoming a beacon for the literary community as well as a champion of Indigenous authors and diversity.

The store first opened in June 2017 in SoMa, a neighbourhood of breweries, galleries, and prime development, in a space owner and manager Patricia Massy found on a monthly lease. Soon, Massy was breaking even. “I was making enough money to be able to pay the bills,” she says. But in the fall, a zoning sign went up on the building, and Massy was once again on the hunt for a new home for her business.

At the end of February, Massy Books relocated to a 1,500-square-foot space on East Georgia Street on the inner edge ofb Chinatown. “When I saw this place, I knew that it was rare,” says Massy. “It was a relatively new building and it was affordable.”

The narrow storefront gives way to a two-storey unit that allows Massy to broaden the store’s reach beyond books. In keeping with the spirit of Centre A, the art gallery that formerly occupied the space, Massy has retained a place for artists and curators upstairs. “It’s a total shift to sell books and run a gallery, and I want to bring community activism with me, too,” says Massy, who has worked with non-profit organizations as an Aboriginal outreach worker. “We’re going to have four Indigenous art shows this year, and I’ve got a couple of carvers joining as well.”

On its website, the store proudly identifies as “100 per cent Indigenous owned and operated and a member of the Stó:lo Business Association.” Massy, who is Cree and English, has been tracing her family history, which revealed a lineage of booksellers. “I didn’t know there was someone in my family who owned a bookstore until after I opened the shop. I found out we have seven generations of booksellers in the family tree, including Stephen Massey, founder of [auction house] Christie’s book department in New York.”

That family connection highlights another coincidence: an affinity for dealing in rare books. Massy got her start in bookselling when, three years before opening the store, a tenant who was renting Massy’s basement told her of a retired physics professor at the University of British Columbia who was selling all his books. Massy bought them outright and began reselling them online. It was an investment that continues to pay off: she recently made a $1,000 sale of a six-volume set on quantum theory from the professor’s collection. She has also acquired many books on B.C. history and Indigenous studies from the Rare Books and Special Collections department at UBC’s Library.

These tomes, along with a few first editions, signed copies, and older books, are housed in a rare books room at the shop, hidden behind a Murphy door. Designed by Sam Grzesik, a contractor who worked on the set of the Harry Potter movie series, the Murphy door is a folding bookcase that reveals the hidden room when swung open. It wows adults and children alike, and attracts the attention of film crews, one of which will visit the store for a shoot in May.

Online sales and renting out the store for the occasional film shoot are just some of the ways Massy has found to make her business work. She also cuts back on retail rent by storing overstock at a warehouse located outside of the city in South Vancouver, and has an American shipping address for books unavailable in Canada.

But it’s not all about the bottom line: the store is also a labour of love. Massy designed the space with help from her husband, an architect, and installed the hardwood floors herself after watching YouTube tutorials. “I wanted to start selling books and be a part of something joyful,” she explains. “Books have really helped me in my life.”

Sharing that joy is an integral part of Massy’s vision for her store, as is reflecting the tastes and culture of her community. In addition to her rare book collection, the store also houses floor-to-ceiling shelves of science fiction, paperbacks, vintage comics in immaculate condition, literary fiction boasting authors from Junot Díaz to Dionne Brand, and dedicated shelves for books by and about First Nations and Indigenous peoples.

“I’ve made it a goal to read only Indigenous authors this year,” says Massy, who has partnered with Room magazine to host the quarterly Indigenous Brilliance reading series, an initiative that began at last year’s feminist literary festival Growing Room.

Massy, who moved to Vancouver from Chilliwack five years ago, has been overwhelmed by the support the store has received from writers, publishers, editors, and local book lovers. “I feel really grateful to be part of the community here. Every day somebody comes in and I learn something new.”