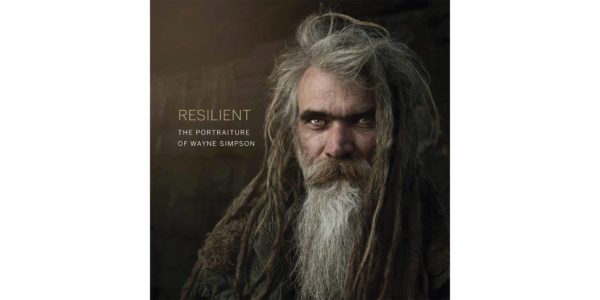 When he first asked to photograph a stranger, Wayne Simpson couldn’t have imagined that he was about to embark on a years-long project that would culminate in Resilient: The Portraiture of Wayne Simpson, a book of portraits and personal stories out now from Rocky Mountain Books.

He was living in Calgary and working as a photographer, shooting weddings and portraits by appointment or taking commercial photographs for oil companies. To say he didn’t find the work creatively fulfilling would be an understatement.

“It was slowly killing me,” Simpson says with a laugh. In seeking a more meaningful outlet for his lens, Simpson began to take a closer look at the people around him.

He started with a man named Grizz.

“He was the first person I ever approached and set up a shoot with purely for the joy of it,” says Simpson, who spotted Grizz looking like “he’d just stepped off a Wild West movie set” at a Tim Hortons in Calgary in 2013. “The first time I saw him I chickened out, and then I happened to see him again a few weeks later and that time I made it work.”

Grizz, photographed seated in front of the roots of a large tree with a rifle in his lap, wearing a fringed camel-coloured jacket, a brightly coloured scarf, and a hat bedecked with feathers, is one of more than 50 people featured in Resilient. Simpson’s quietly intimate photographs present his subjects against a variety of backdrops, from woods to lakes to the inside of a blacksmith workshop. As Simpson continued to take portraits, which he shared on his Facebook page, his curiosity about the lives of his subjects led him to ask them questions: sometimes between shots, other times in a meeting before the photo shoot, or, for some of his earliest subjects, by phone after the fact. The interviews appeared online along with the photographs, giving those who are often overlooked for appearing, as Simpson puts it, “rough around the edges,” a chance to share their stories with a wider audience. 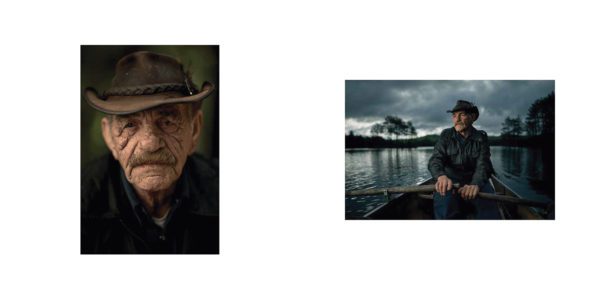 “I got hooked on it,” he says. “The more I would learn about these people and the different struggles they’d been through, the more I saw parallels to my own life and the lives of loved ones, friends, and family.”

After moving ahead with the book project, his first, with Rocky Mountain Books and asking strangers to share their personal histories, Simpson found himself looking inward and asking questions about his own life. “With all of these people opening up to me and sharing some really intimate stories, I felt like a bit of a hypocrite not sharing a piece of myself,” he says. “I realized there was a lot I didn’t know about my own mother, and it seemed like a good time to learn about that stuff.”

Along with photos of his mother, Wanda, Simpson shares the story of their complicated relationship in Resilient, filling in the details of her life that explain why she sent Wayne to live with his father when he was seven, four hours away from her, his brothers, and the reserve where he spent his earliest years.

By sharing the difficult personal histories and portraits he has collected, Simpson aims to give readers insight into other people’s lives.

“I hope that people will learn from others’ experiences, and if they see parallels to their own life, I hope they get some comfort in knowing that these people made it through those things,” Simpson says. “We all go through things and you don’t always see it on the surface: we should be kind and more gentle with each other.”