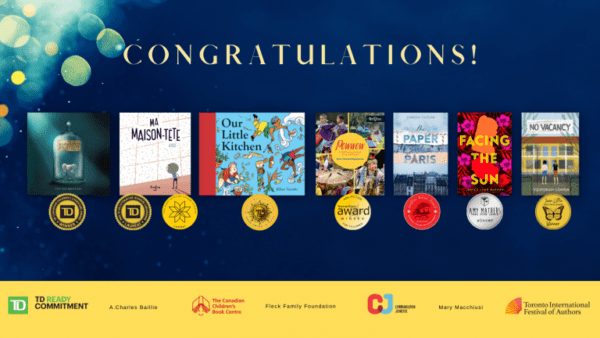 On Friday, October 29, the CCBC revealed the winners of its six English‐language children’s book awards in an event that was hosted through the Toronto International Festival of Authors (TIFA).

The six winners are as follows:

“From a picture book set in a secret lab under a pet shop to a novel that introduces us to a Caribbean community whose public beach is being threatened by a hotel development, the outstanding books awarded tonight offer us stories of hope and perseverance,” Rose Vespa, Executive Director of the CCBC, said in a press release.

Tundra Books, the winning publisher of the TD Canadian Children’s Literature Award, is set to receive $2,500 for promotional purposes. An additional $10,000 will be divided among the four remaining finalists.